England took on Italy in the friendly match played in Turin and the talk of the pre match show was all about England hot shot Harry Kane playing alongside Wayne Rooney and how effective it cane be and what better team to test your skills against than mighty Italians ? Well the game started of in expected fashion with England on the front foot with fast paced game while Italians sitting back comfortably and played on the counters.

It took half and hour for game to creat first chance which was scored by Southampton striker Graziano Pelle who header home a glancing header from a Chiellini cross who beat Phil Jones quite easily on the right flank.

England had more of the ball throughout the first half but they failed to do anything with this kind of possession, Wayne Rooney played upfront with Harry Kane and Theo Walcott in attacking midfield role. game was 1-0 in favour of Italy and they looked very comfortable without having to get out of second gear. 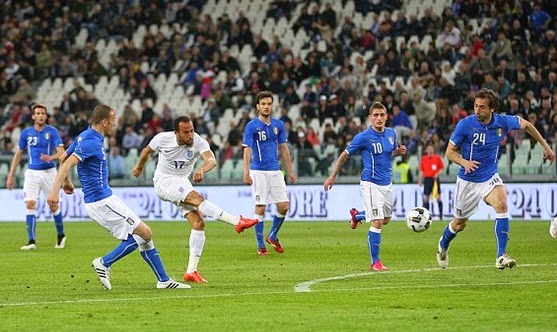 Roy Hodgson made several changes in the second half and it took 79th minute for England to find an equaliser through Tottenham winger Andros Townsend who scored with a peach of a shot from well over 25 yards out and beat Gigi Buffon in Italian goal.