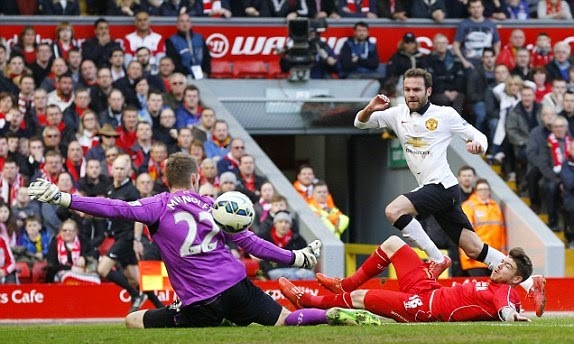 Manchester United started with 4-3-3 formation where Juan Mata and YOung started on the wings alongside Rooney who played as out and out centre forward while Marouane Fellaini partner Carrick and Herrara in the central midfield role. Liverpool on the other hand kept Steven Gerrard on the bench and Danial Sturridge as lone striker upfront and packed midfield. 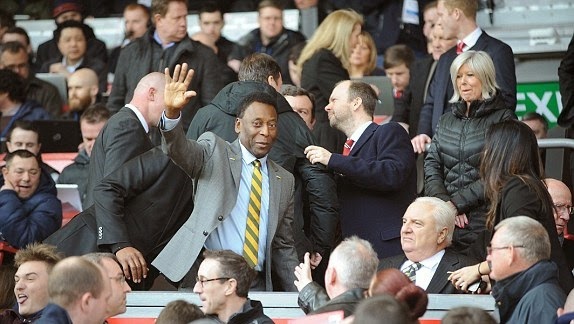 United took the lead in 14th minute of the game through Juan Mata who raced down the right flank, controlled a beautiful threaded pass by Ander Herrare and finished off superbly with a low hard far post right footed finish. United were in control of the game throughout the first half and Liverpool struggled and never really got into the game. Match was 0-0 at the break and we expected changes at the halftime from Brandon Rodgers.

Steven Gerrard came on for Adam Lallan who suffered a knock in first half and straight away Gerrard was in the thick of action and he got into a dangerous tackle on Ander Herrara and referee had no choice but to send him off with a straight red card which left Anfield shell shocked.