Liverpool ran out comfortable winners in their premier league game against Stoke City on Sunday, 10 April 2016. Alberto Moreno’s early strike had Liverpool in lead but Bojan’s glancing header got Stoke back on level terms. Sturridge put Liverpool in the lead again before theb reak while Origi scored just after halftime to complete a 3-1 win which put Liverpool just 4 points behind West Ham into the 6th place in premier league. 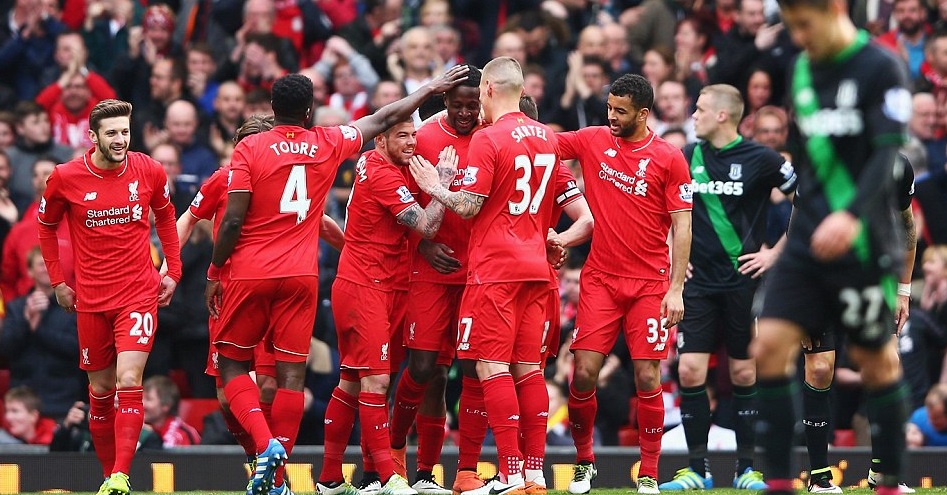 Absolute stunning performance from Liverpool as they looked very comfortable against a tough opposition in Stoke City. Divock Origi was start of the show scoring two second half goals to get Liverpool to a comfortable 4-1 lead. 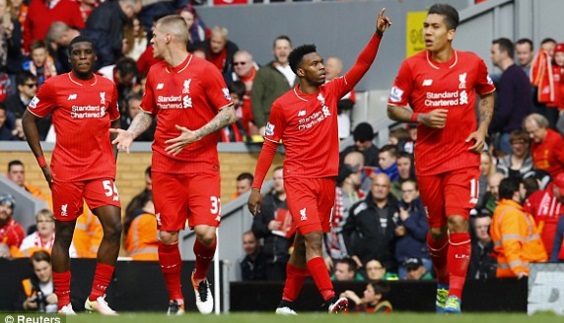 Liverpool got themselves in commanding position after two goals in second half which took them to a 4-1 lead in 65th minute and Divock Origi scored both and continue his superb goal-scoring form.

Liverpool continue their rich reign of form under Jurgen Klopp and prepared themselves for the big midweek Europa League game against Dortmund with a home win against Stoke City on Sunday afternoon. 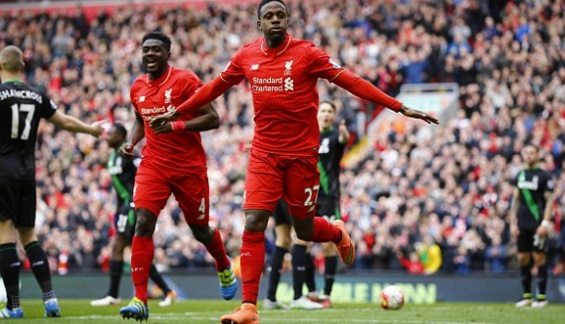 Liverpool 4-1 Stoke City
[Premier League, Sunday, 10 April 2016 ]
08′ 1 – 0 Alberto Moreno’s neat left footed strike put Liverpool in the early lead.
22′ 1 – 1 Bojan Krkic glanced Shaqiri’s freekick and it found its way in the back of the net.
32′ 2 – 1 Daniel Sturridge put Liverpool back in lead in 32nd minute to calm nerves.
50′ 3 – 1 Divock Origi was on target for Liverpool side who made it 3-1 and put home side in commanding position.
65′ 4 – 1 Divock Origi completed the turnaround and pretty much kill the game with Liverpool’s fourth after break.

Liverpool vs Stoke City Premier League Liverpool earned a impressive 1-0 win against Stoke City in the Semifinal of the Capital One Cup first leg and now both teams will give it another go at Anfield this Tuesday night, 26th January 2016. Stoke City are well and truly still alive in the tie and they will be hoping to make it to the final for the first time since 1972.

Liverpool are of course coming into this game on the back of a crazy 5-4 win over Norwich City over the weekend and Jurgen Klopp will be hoping his defense can stand up to the very mobile Stoke City attack. There is not much between the two sides and Klopps is likely to start with his strong XI. 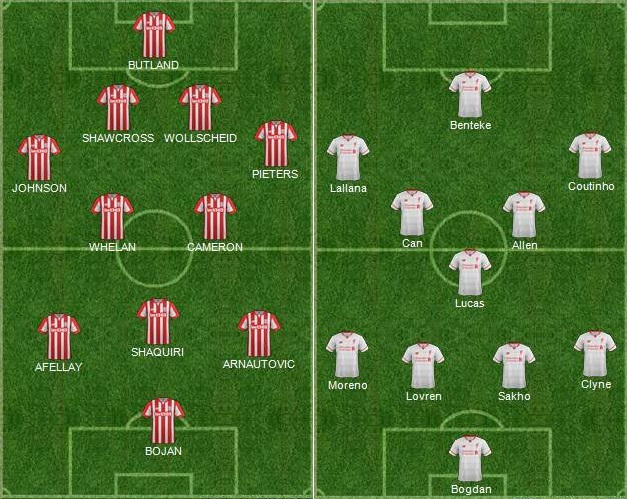 Predictions for the 2nd Leg ?:  English football season has been crazy so far, you just can not predict any result looking at the performances of premier league sides. Liverpool playing at home with a 1 goal advantage should go into the match as favourite but an early goal from Stoke will change all that and they can put Liverpool under massive pressure.

Having said that Liverpool do have those superb night under Klopp where they can whip any team out of the game with high pressing game. One example of such performance is Southampton’s 5-1 defeat against Liverpool in the last round of Capital One Cup. Since its a two-legged affair I fancy Liverpool to get through to the final over the two legs and setup a potential mersyside derby cup final against Everton.

Liverpool started the game with two early setbacks when Philipe Coutinho and Lovren were forced out with injuries. But Jordon Ibe’s first half strike was enough to secure a 1-0 win over Stoke City and most importantly a crucial away goal.