Liverpool are set to take on West Brom in the FA Cup fourth round tie on Saturday evening, 27th January 2018 at Anfield. Liverpool are coming into this game on the back of a 1-0 defeat in the hands of Swansea and Jurgen Klopp’s men realistically have the best chance of winning silverware in this competition. Life after Coutinho started with a bang beating City but they came right back down to earth in that 1-0 defeat against Swansea. Liverpool vs West Brom kicks off at around 17:30 uk time on Saturday and we will have live links closer to the kickoff.

Liverpool are currently third in the table with 30 points thats 16 behind leaders City and 5 behind second placed Manchester United side. Anything but a win in this game will be considered a massive shock for Liverpool who are playing at home and expected to win this one with ease. However it will be interesting to see how to bounce back from that 1-1 draw against Everton where they dominated they game but a late controversial penalty secure a point for Everton. 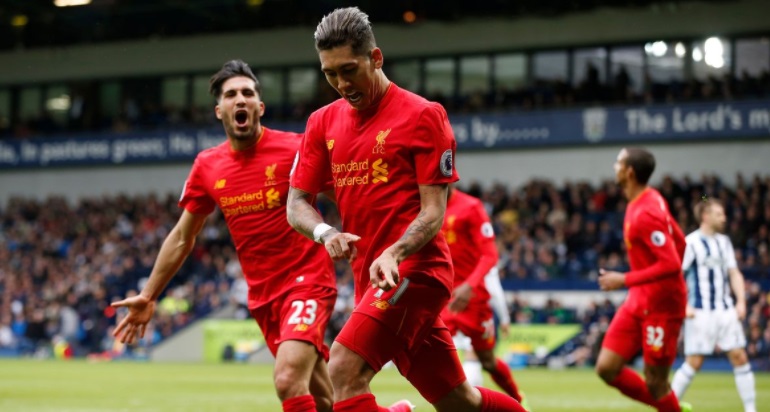 Last time these two meet was at Hawthorns stadium back in April 2017 when Liverpool came out narrow 1-0 winners thanks to goal from Roberto Firmino.

West Brom 0-1 Liverpool – 16 April 2017
[ English Premier League 2017 Match ]
45′ 0 – 1 Roberto Firmino scores just before the half time to put Liverpool in lead after West Brom had kept them away from goal for most part.

Before that these two meet was back in October when Liverpool registered a relatively easy win over West Brom with a 2-1 result thanks to goals from Mane and Coutinho.

Liverpool 2-1 West Bromwich Albion – 22 October 2016
[ English Premier League 2016-17 ]
21′ 1 – 0 Sadio Mane scored in 21st minute to put Liverpool 1-0 up after superb start to the game at anfield.
36′ 2 – 0 Philippe Coutinho cut inside and produced a superb near post finish to double Liverpool’s lead.
82′ 2 – 1 Gareth McAuley scored late on to spice things up for West Brom but it turned out to be just a consolation goal

Match Preview & Team News: Jurgen Klopp will be once again without Daniel Sturridge who pulled his hamstring leading up europa league action midweek but he will be delighted to have Liverpool’s best player this season in Philipe Coutinho who made a sub appearance from the bench against Sion in midweek. Liverpool are likely to field Benteke, Lallana and Ibe as front three while Captain Jordan Henderson, Lucas Laiva and Emre Can to hold mifield positions. Lovren and Skrtek should keep their place in central defense while Clybe and Moreno to play as full backs.

West Brom on the other hand will have Rondon, McLean and Gardner in attacking roles while Fletcher, Morrison and Evans set to take midfield roles. While the back four will be Dawson, Brunt, Ollson and McAulley. This is how I expect both teams to lineup on Sunday evening. 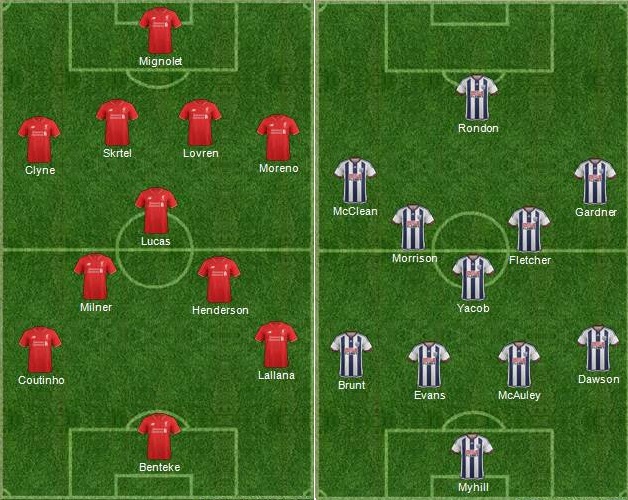 Match Predictions: As the things stand in premier league no game is a for gone conclusion as we saw in Bournemouth vs Manchester United. Liverpool need to be at their best if they were to get all three points against West Brom at Anfield. I am going with a narrow 2-1 win for Liverpool with Benteke scoring a brace against a fragile West Brom defense.