Manchester City are set to visit Liberty Stadium to take on Swansea City in the premier league game on a very busy Wednesday night, 13th December 2017. Having won 2-1 in their last 4 games and that important narrow win over United last weekend, City are now 11 points clear at the top and should be odds on favorites to make it 15 straight wins this Wednesday by beating a struggling Swansea City side. The game kicks off at around 19:45 uk time and NBCSN will have live coverage in the US.

Pep Guardiola have been enjoying his early season success and it seems everything is going City’s way this season. Their last four games, they struggle to break down any of the teams winning 2-1 with late goals on 4 different occasions. They secured a win over United but both goals came with lucky rebounds and their defeat against Shakhtar Dontesk last week was their only defeat so far this season.

They have been drawn against FC Basel, probably the easiest draw they could get in the round of 16 in Champions League, penalty decision going there way, winning with late deflected shots, they have not kept a clean sheet since October. Considering all these points, City’s luck is bound to run out at some points. Swansea City will fancy their chances against City and hope to frustrate them at Liberty Stadium on Wednesday night. 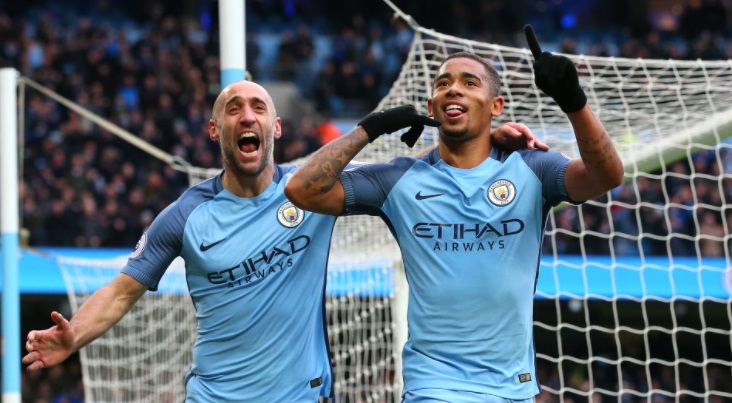 Team News & Possible Starting Lineups: Vincent Kompany is out injured again which means Guardiola will have to do with makeshift back four but they are playing with so much confidence at the moment it should not be a big problem. Swasnea City on the other hand are second from bottom and every point from here to the end of the season matters. 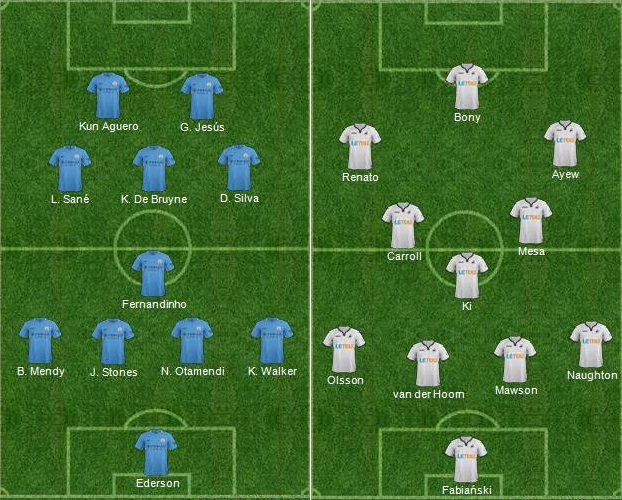 Swansea on the other hand will start with an unconventional 4-3-1-1 system where former City striker Wilfried Bony to play upfront on his own while a packed midfield of Renato Sanchez, Ayew, Mesa, Carrol and Ki to provide much needed strength in the midfield areas.