Manchester City are set to take on Southampton in the last premier league game of the season at St Mary’s Stadium on Sunday, 13th May 2018. Manchester City have already wrapped up their league title but they still have something to play for considering they can reach 100 points with a win over Southampton who themselves secure premier league survival last week and should go into the game at rather ease.

Pep Guardiola’s City are 8 points clear at top of the table going into the midweek action and considering United play high flying Watford away from home and if they drop points City has a wonderful chance to take their lead in double figures already this season. Having said that if United win a difficult away game against Watford on Tuesday it will put City slightly under pressure going into the game.

Last season when these two meet in the league at Etihad, City were held to a 1-1 draw at home but they managed to secure all three points away from home later in the season at St Mary’s. 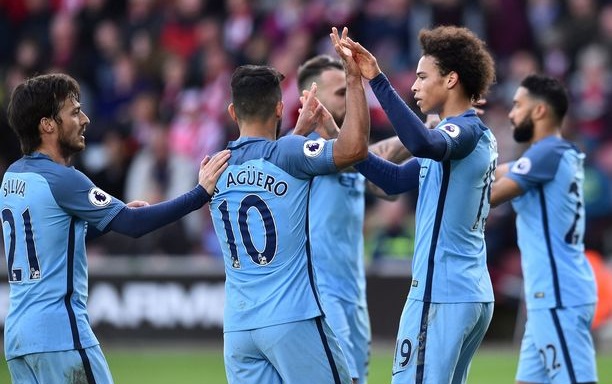 Kompany, Sane and Sergio Aguero were on hand to secure a comfortable 3-0 win over Southampton at St Marys last time these two meet back in April 2017. However Southampton held City to a 1-1 draw at Etihad earlier in the season in October 2016.

Team News & Lineups: Sergio Aguero’s omission for starting lineup against Barcelona caused all sorts of critcism but Guardiola is defiant in his stance. Aguero will return to starting lineup while de Bruyne, Silva and Sterling to start in attacking roles ahead of Gundogan and Fernandinho.

Southampton on the other hand will start with their trusted 4-3-3 system where Charlie Austin to play upfront while Redmond and Tadic to start in attacking roles behind Austin. Davis, Jordi Clasi and Romeu to play in central midfield roles. This is how I expect both teams to lineup on Sunday afternoon. 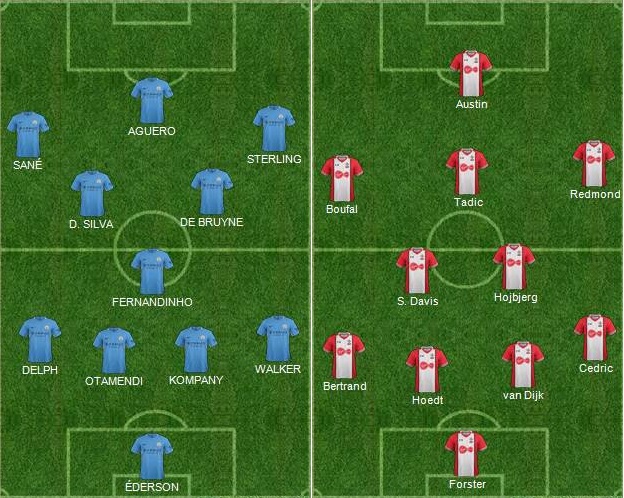 Match Predictions: Manchester City will find it hard to breakdown Southampton looking at both teams recent performances. But they have too much talent in their ranks to drop points at home against a team who can blow hot and cold. I expect City to get back on winning ways this Sunday and possibly a thumping win. I am going with a comfortable 3-0 win for City in this one.