Manchester United lost against Arsenal at Old Trafford last week which ended their FA Cup campaign for another year and pressure was mounting on Louis Van Gaal after string of poor performances by some of the key United players. United hosted Tottenham Hotspurs first of many important games heading towards the end of the season and after Arsenal won their game on Saturday this was a must win game for United.

Louis Van Gaal team started the match so bright and took the lead inside 10 minutes through Marouane Fellaini, Michael Carrick made it 2-0 with a good header while Rooney made the day comfortable with a good solo goal just after the half hour mark. Taking nothing away from United, Spurs were terrible in the first half. Their defense, midfield everything all over the place.

United first goal came when Michael Carrick found Fellaini inside the box with a neat through ball and Fellaini scored with a beautiful left footed finish in the far lower corner to make it 1-0. 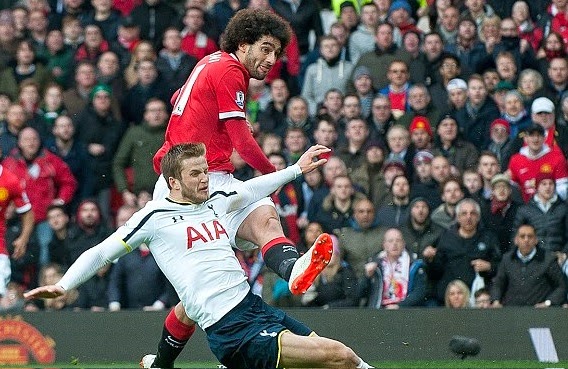 Fellaini was at it again when he used his height to good use and got a nod down for Michael Carrick who scored a thumping header to make it 2-0. 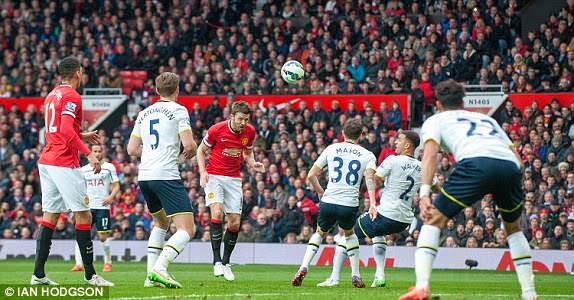 Wayne Rooney got a lose ball 15 to 20 yards away from spurs goal, he turned and beat 4 players around him finally putting the ball back of the net and put united into cruising position. If his goal was good his celebrations were great as he made reference to stories published yesterday about him getting knocked out in friendly boxing exchanges.

Rooneys goal was great but the celebrations were even better