Manchester United are set to take on Burnley FC in the premier league game on Saturday, 20th January 2018 at Turf Moor Stadium in Burnley. Its a very important game for United who must win to keep themselves in second place ahead of chasing rivals Liverpool an Chelsea. However, United has struggled against Burnley over the last three years and since Burnley’s promotion to Premier League back in 2014, United have draw three times against Burnley and winning twice. Mourinho will be vary of Burnley defensive tactics and this will be a cracking game of football if Burnley takes the lead earlier. The game kicks off at around 15:00 uk time and no tv channel has live coverage rights in the UK but we will have full match highlights afterwards. 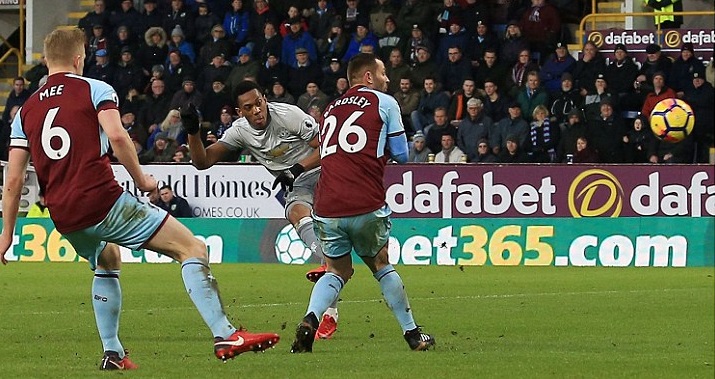 Manchester United will be without host of first team names which include the likes of Zlatan Ibrahimovic, Juan Mata, Marcus Rojo, Chris Smalling and even Phil Jones. Which leaves Jose Mourinho no option but to go with a second string side where Rashford to play upfront while Wayne Rooney might be given a node in starting lineup with Lingard and Mikhitaryan while Pogba and Herrera to start in midfield. 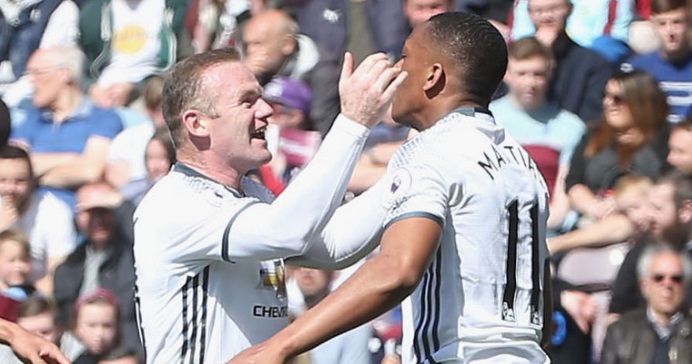 Wayne Rooney and Anthony Martial were on target for United at Turf Moore when these two meet last time in premier league.

Burnley FC 0-2 Manchester United – April 2017
[ English Premier League 2017 Match ]
21′ 0 – 1 Anthony Martial scores inside first 20 minutes after a superb run from midfield and a nice one two with Herrera and slotted home to opener.
39′ 0 – 2 Wayne Rooney got his first start in forever and made the most of it scoring United’s second and killing the game off. 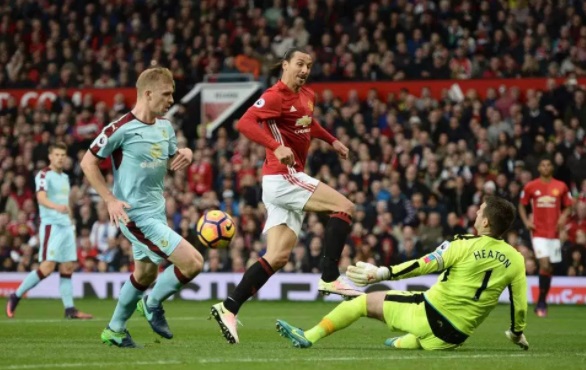 United played out a 0-0 draw against Burnley earlier in the season at Old Trafford. But they dominated the game with record 30 shots on goal. However United’s away form has been pretty solid this season.

Manchester United 0-0 Burnley F.C – 29 October 2016
[ English Premier League 2016-17 Match ]
45′ [ Half-Time Report ] Burnley hold out United in first half. United started stronger and dominated in first 15 minutes but failed to score. After that Burnley found themselves back into the game as the half progressed.
68′ [ Two Yelloe/Red Card ] Ander Herrera got his marching orders after silly challege midway through second half.

Team News & Lineups: Burnley has been woeful away from home losing all three of their games but they will welcome back Andre Grey into starting lineup after he missed four games due to suspension. While Johann Berg Gudmundsson is the player to watch out for who hails from Everton and already made a superb start this season.

United on the other hand are still struggling to find a permanent lineup this season and recent injuries won’t help. Ibrahimovic is set to start upfront while Rashford and Martial to play in attacking roles while Pogba, Herrera and Mata to start in midfield. This is how I expect both teams to lineup on Saturday afternoon. 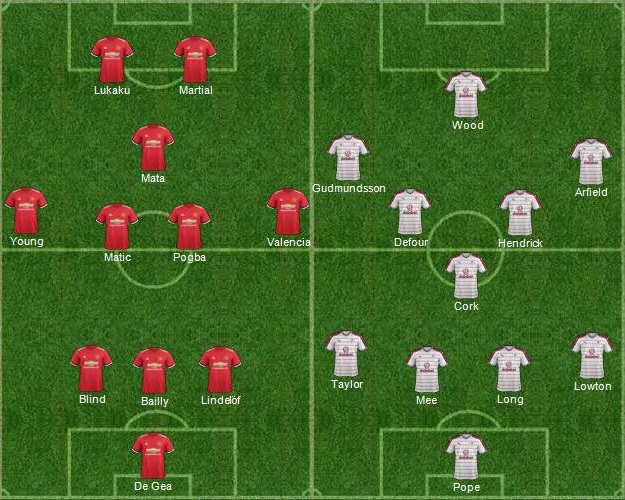 Match Predictions: United are suppose to steamroll this Burnley side on paper but the way season has pan out for United so far this season they might well be in for a shock at Old Trafford. Mourinho played a full strength side against City in the midweek and he will be force to make several changes in the starting lineup and that might play into Burnley hands. However with Ibrahimovic upfront he will hold to key for United and I expect them to win this game on Saturday.