For once things are looking bright in red half of Manchester with United defeating Liverpool handsomely again, Even without Rooney they looked pretty strong and record-breaking signing of teenager Anthony Martial putting the cherry on top of a great victory with a impressive debut goal. 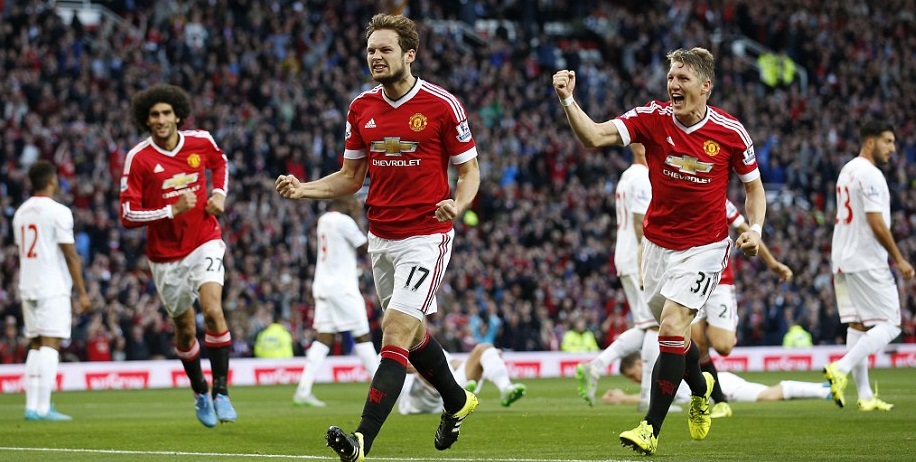 Manchester United took on Liverpool in the Premier League game on saturday evening and it turned out to be a very low tempo game from both sides. United were without Wayne Rooney and they struggle to create clear chances even with 65% of the possession. If first half was a bore stalement, game came into life in second half including three wonderful goals and a penalty. Watch Highlights of the match here.

There were four goals in the game three of which were highest quality but it was the debut goal for world’s most expensive teenager Anthony Martial who scored United’s third of the night. Here is dedicated video of what might turn out to be one of the most memorable of his career.

Martial goal was not the only one to be remembered, Liverpool summer signing Christian Benteke also scored an amazing turn and shoot volley and I for one nominate it as one of the goal of the season already.

Daley Blind Nicely Taken Goal: Daley Blind was also on target to give United 1-0 lead after the break. The goal came from what was a indirect freekick routine straight from training ground.

Ander Herrera scored United’s second of the night with an emphatic penalty which he won himself, when Liverpool young defeder Gomez brought him down inside the box.

Prevew & Team News: United will have Anthony Martial in the squad against Liverpool and he is likely to make a start alongside Rooney, Memphis and Mata in advance midfield roles while Michael Carrick or Bastian Schweinsteiger to start in deep midfield roles alongside Morgan Schneiderlin. Marcos Rojo is also back fully fit and it will be interesting to see whether he start alongside Chris Smalling in central defense.

Liverpool on the other hand will be still without Danial Strurridge but he is back training while Coutinho will be out with suspension. Chritian Beneteke to spearhead the attack with Firmino and Coutinho starting on either side. Jordan Henderson (minor doubt) should start in midfield with Lucas Silva and Emre Can.

Possible Starting Lineups: United are likely to start with Rooney upfront and Martial coming on as a substitute while Liverpool will have to change the system as Countinho is suspended. 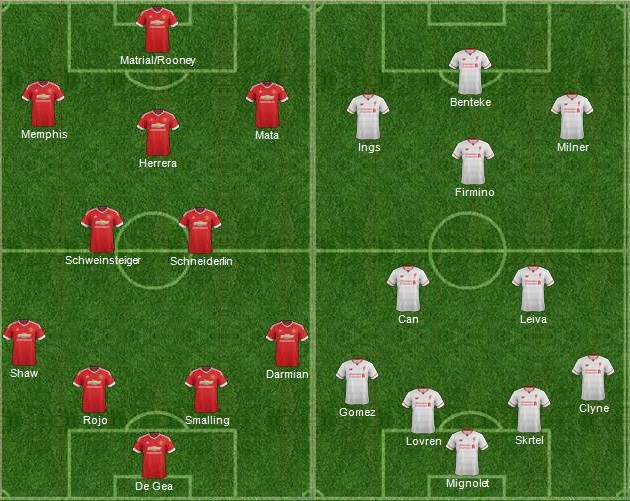 Match Predictions: Both teams have 7 points of their first 4 matches but neither looked overly convincing, United will have De Gea back in goal and Rooney might get a partner upfront in Anthony Martial which means more pace and attacking threat in final third. Liveprool without their best player Philipe Countino and Henderson might also miss which means United are favourite going into the saturday’s clash. I am going with a 2-1 win for Manchester United Anthony Martial getting on scoresheet.