Another abysmal performance saved by a late late penalty earned by Memphis Depay which was converted by Wayne Rooney in injury time to win the game for United. But this result will go down as massive problem for Van Gaal who will have to answer a few tricky question. 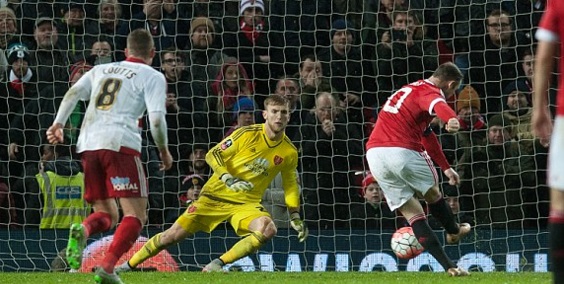 Wayne Rooney scored the only goal of the game which came via penalty in extended injury time. Memphis was brought down inside the box and referee awarded the penalty. You got to feel for Sheffield United players who worked ever so hard to contain United. 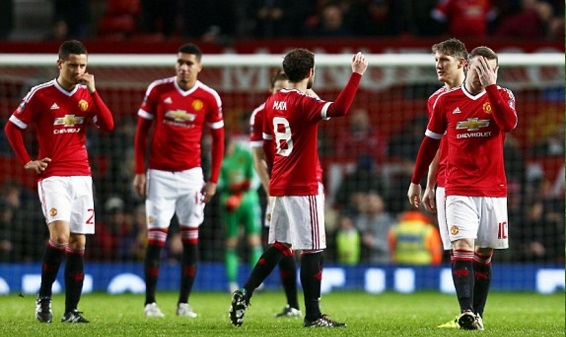 Manchester United played out yet another labored match but this was even more horrific considering against a team 46 places below them in league 1. Sheffield United came to Old Trafford totally unfazed and they made it so difficult for United that Louis Van Gaal side failed to register any notable shot on goal in first half. But United did managed to get the job done in injury time when Memphis Depay was brought down in the box and penalty was awarded to United which was converted by Wayne Rooney.

Sheffield United will go into the United game as massive underdogs with odds “17-2” heavily favouring United to continue their recent resurgence in form. Manchester United ended their 8 games winless streak over the weekend against Swansea City when they earned all three points in the league with 2-1 win. Wayne Rooney and Martial were on target for United both of whom might start against upfront alongside Pereira, Herrera, Bastian Schweinsteiger an Michael Carrick. Val Gaal is expected to give some of the key players rest with Juan Mata and De Gea given the day off.

This is how I expect both teams to lineup on Saturday evening. Confirmed lineups will be announced couple of hours before the kickoff. 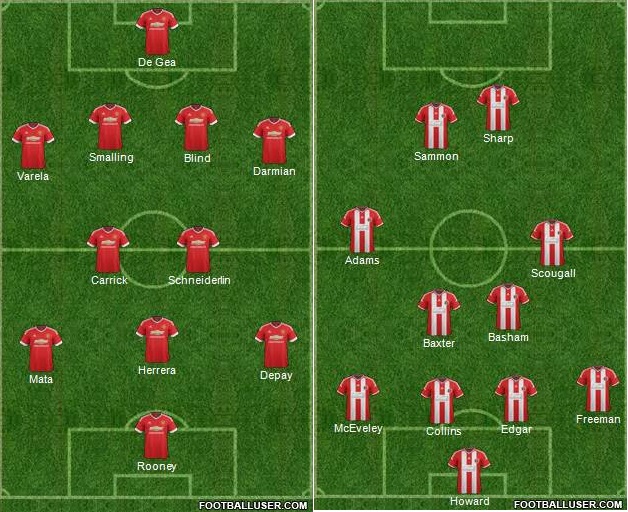 Predictions: Manchester United manager Louis Van Gaal is expected to name a full strength side as he vowed to go as far as possible in FA cup this season having missed out on the Champions League. Martial might be given a rare rest but might be on the bench incase United need him and we might see Depay and Rooney playing upfront with four man midfield. Sheffield United area  decent side but it will be very difficult for them to break down premier league best defense. I am going with a comfortable 2-0 win for United with Rooney on the score sheet again.