Liverpool are set to take on Newcastle United at Anfield on Saturday, 03 March 2018 in the premier league game kicking off at around 17:30 uk time. Its a massive game for Liverpool who can overtake United into second place for atleast a couple of days as United play later on Monday night. Newcastle United will be looking to get something out of this game and keep themselves out of the relegation troubles and their 1-1 draw earlier in the season will give them heart.

Rafael Benitez and his Newcastle United side are to visit Merseyside where they play against Liverpool in what should be a cracking game. Newcastle United are just 2 points away from relegation zone and Rafael Benitez will be hoping to get something out of this game. As far as Liverpool are concerned they are playing some of the best football at the moment since Jurgen Klopp took over and Coutinho’s departure seems to have less of a impact as it was a predicted.

The game will kickoff at around 17:30 uk time and BT Sports will have live coverage in the UK. However, if you missed the live action, you can always tune in here for full match highlights available after the game is over. 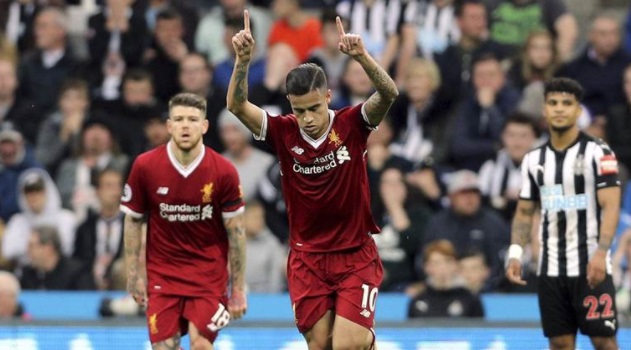 Last time these two meet Newcastle United managed to salvage a point in what was a very entertaining 1-1 draw at St James Park. However, this Liverpool side are in such great form at the moment its hard to see them dropping points this Saturday evening.

Newcastle United 1-1 Liverpool – October 2017
[ English Premier League 2017-18 Match ]
29′ 0 – 1 Philippe Coutinho scores with absolute peach of a strike inside first half hour. But he joy for Liverpool was short lived.
36′ 1 – 1 Joselu made it 1-1 on the evening with a nicely taken goal but it raised even more eye brows on Liverpool’s defending.

Team News & Lineups: Front trio of Mane, Salah and Firmino should start with Henderson, Can and Oxlaid-Chamberlain playing in more central roles. Van Dijk to partner Matip in central defense while Robertson and Joe Gomes to play as full backs. This is how i expect both teams to lineup on Saturday. 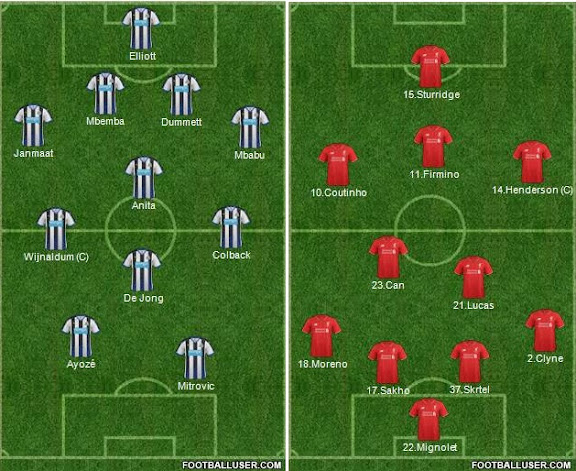 Predictions: Newcastle do tend to up their game against the bigger sides and it was evident in the results against United (1-0) and that 1-1 draw against Liverpool earlier in the season. However, away from home they have only won 3 games of the 14 played so far. I am going with a comfortable 2-1 win for Liverpool in this one.