European Champions, Real Madrid are set to take on Paris Saint Germain in the UEFA Champions League round of 16 double header in February/March 2018. It will be the stand out fixture of this round and a big test for PSG to show how much they have improved with all the money they spent this season. First leg will be played on Wednesday, 14 February 2018 while the return leg will be on Tuesday, 06 March 2018.

Paris Saint German vs Real Madrid Preview: PSG scored the most number of goals in group stages and beating Bayern Munich on their way to 5 wins on their way to winning their group. However they are handed a difficult tie against Real Madrid in the Champions League Round of 16 round.

It will be the glamour tie of the tournament and we can expect huge demand for tickets for both legs in Parc De Princes and Santiago Bernabue. We will have the detailed information on how you can get your hands on the tickets once the full schedule and dates are announced. 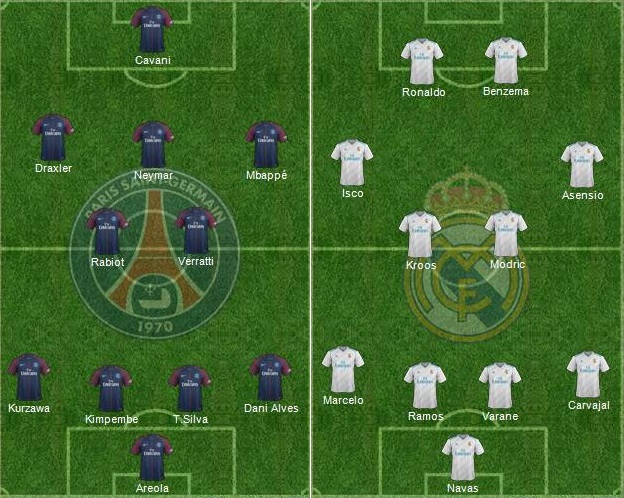 Match Predictions: This will be a close encounter looking at the recent form of both teams. Madrid under Rafa Benitez is much more compact side unlike previous Real Madrid team who were developed on fast, free flowing football. PSG on the other hand have pace of Lucas, Di Maria and physical presense of Ibrahimovic alongside Cavani. So its all setup for a superb night of football and I cant see either side losing so I am going with a 1-1 draw in this one.