Senegal defeated Poland in their first game of the world cup with Thiago Cionek and Niang scoring for Senegal in what was a very good performance by african side. Grzegorz Krychowiak was the culprit for the second goal when his Bizare back pass was latched onto by Niang who squared polish keeper and slotted home in the empty net.

Last game of matchday 1 of World Cup 2018 will be played between Poland and Senegal in the Group H and this looks very competitive and could go either way looking at the teams. Poland have improved so much over the last 6-7 years and most of their star players are at the peak of their careers or just about getting into career twilight and this might be their last chance to put together a good performance at a major event. Senegal on the other hand are one of the best African sides and they can cause problems for any teams with the pace they have upfront.

Poland vs Senegal Preview: This game will be taking place at the Spartak Stadium on Tuesday, 19th June 2018 and FIFA have Poland ranked 8th in the world so they must be doing something right. This will be the very first meeting between these two sides on any stage and Poland can take heart from that fact they have never lost against an African side in the world cup (1 win and 2 draws). Poland have played 7 world cups before this one and they only won once in the opening game of the world cup losing 3 and drawing four. 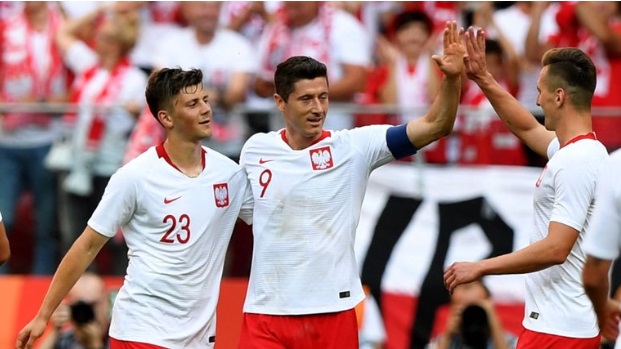 Poland do have one of the best center forward in the game today, Robert Lewandowski, who has been linked with a move away from Bayern to Real Madrid. However he will be looking to impress Madrid by performing at a biggest stage and if Poland reach quarterfinals he has a good shot at winning golden boot.

Senegal if you remember were one of the surprise packages of 2002 world cup and they reached quarterfinals in what was a historic event. Now this is there only second appearance in World Cups and their manager Aliou Cisse will be hoping Sadio Mane can inspire the team after couple of staller seasons in England.

Team News & Lineups: Saliou Ciss is declared injured and was replaced by Adama Mbengue in the squad. On tuesday we might see several england based players in Senegal lineup with the likes of Mame Diouf and Badou Ndiaye and Idrissa Gueye to name a few prominent ones.

Arkadiusz Milik of Poland is fit and should start alongside Robert Lewandowski in attack and this is how i expect both teams to lineup. 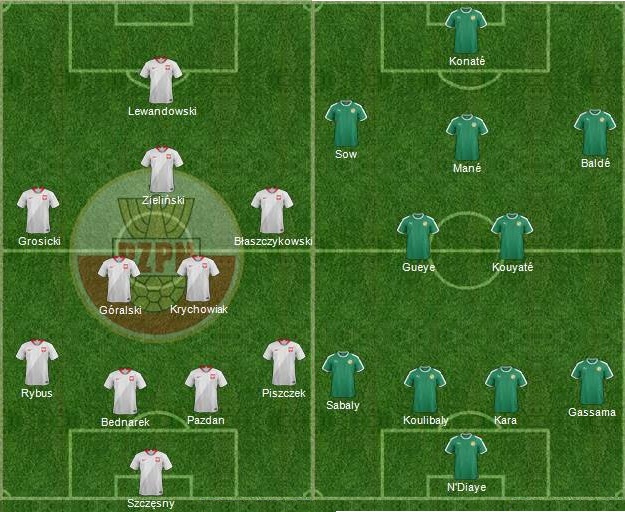 Match Predictions: This is one of those games where neither team can afford to lose and with Poland historically starting big tournaments slow we might see another draw probably a scoring one with Mane and Lewandowski both on target.