La Liga champions Real Madrid are set to take on arch rivals FC Barcelona in the Spanish Primera Liga game on Saturday, 23rd December 2017 at Santiago Bernabue. El Classico is always a massive game but this one holds significant importance for Real Madrid who trail Barcelona by 11 points going into the game and anything but a win will pretty much put curtains to their hopes of defending La Liga title. The game will be an unusual kickoff starting at around 12:00 uk time and we will have match highlights of the game just in case if you missed the action.

Real Madrid 0-2 FC Barcelona Highlights
[ Spanish La Liga 2017-18 Match ]
54′ 0 – 1 Luis Suarez scores the opening goal for Barcelona just after the half time. Real Madrid had dominated the opening 45 minutes but undone but a goal out of nowhere really.
63′ [ Red Card ] Daniel Carvajal got a straight red after he handled the ball inside the box stopping a clear goal off Messi’s header.
64′ 0 – 2 Lionel Messi stepped up to score Barcelona’s second of the day from penalty spot.

This match is the biggest football game not only in Spain but in European football in general. Unlike the mid to late 2000’s, Real Madrid has improved significantly and match Barcelona in every aspect. After struggling to win the title since 2012, Real Madrid raced to their La Liga crown last season in what was a very exciting title race. However, Barcelona did record that 3-2 win at Santiago Bernabue last season when Messi scored a late goal to win all three points.

Real Madrid are coming back from UAE after winning their third Club World Cup in as many years and will be hoping to get the better of Barcelona and reduce their lead at top of the table to 8 points with a game in hand. But a defeat will surely end their chances of retaining La Liga title. 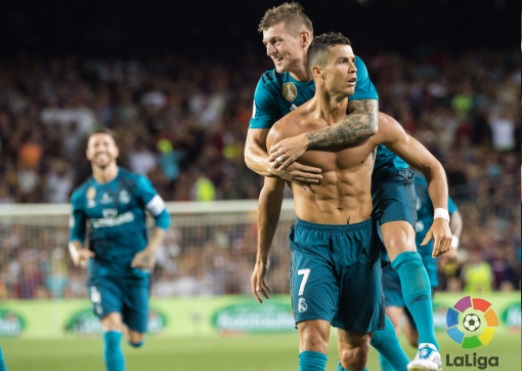 Real Madrid and Barcelona have already meet twice earlier in the season when Spanish and European Champions Real Madrid ran out 5-1 winners in the Spanish Super Cup wining the first leg 2-1 and hammering Barcelona 3-0 in the return leg. However, Barcelona have improved since than securing a big lead in La Liga and overall better performances not only going forward but also defensively.

Last time these two meet in a competitive game was a incredible 3-2 win for Barcelona thanks to Messi’s late injury time goal against 10-men Real Madrid. We can expect similar exciting game but the result might be in Real’s favour over the two leg of Spanish Super Cup. 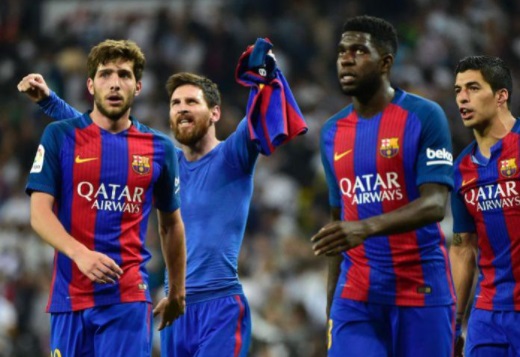 Real Madrid 2-3 FC Barcelona – April 2017
[ Spanish Primera Liga 2017 Match ]
28′ 1 – 0 Casemiro scores the opening goal just before the half hour break after Barcelona had dominated the opening exchanges.
33′ 1 – 1 Lionel Messi equalized with his typical run and finish from the edge of the box to bring Barcelona back on level terms.
73′ 1 – 2 Ivan Rakitic made it 2-1 for Barcelona
85′ 2 – 2 James Rodriguez came on as a sub to win equalize for 10-men Real Madrid.
90′ 2 – 3 Messi scored late in injury time to win the game for Barcelona. 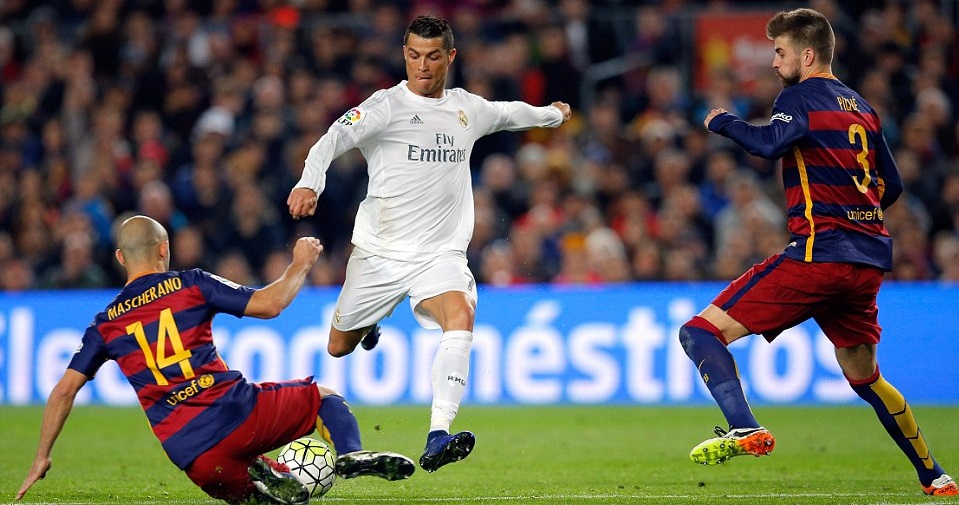 Last time these two meet was back in december 2016 when Sergio Ramos late goal canceled out Barcelona’s lead as both teams shared the spoils in what was a very underwhelming performance from both teams.

Team News & Lineups: Zidane’s Real Madrid has been in absolute superb form going into the big “El Clasico” but he do have some selection headaches after Gareth Bale ruled out leading to the game. That gives some of the fringe players a chance to shine at the highest level. While Toni Kroos and Casemiro are also sidelined which means Zidane will have to put together much altered team as he would have liked.

Barcelona on the other hand has a full team to choose from and Messi will lineup alongside out form-duo of Suarez and Neymar as front three while Rakitic should lineup alongside Iniesta and Busquets in central midfield. Its the back four where Luis Enrique has been having all sorts of problems but with Jordi Alba available again they should be able to put together a strong team. 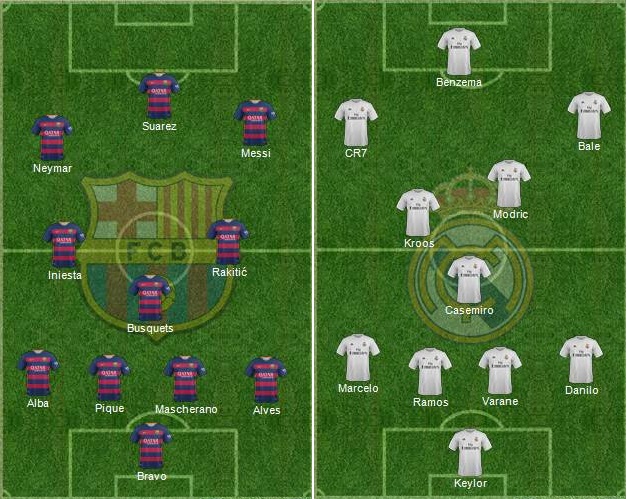 Match Predictions: Barcelona are playing some good football at the moment while Real Madrid players looks to be still celebrating their League and Champions League double and do not look motivated enough this season. They are 11 points behind Barcelona and if they don’t up their game they will be 14 points behind after this weekend and surely say goodbye to La Liga title. I am going with a exciting game football where we will see plenty of goals, its a Barcelona win for me looking at their form this season.