Real Madrid are set to take on Celta Vigo in all important La Liga game this Wednesday night, 17th May 2017 at Balaido Stadium in Vigo. This is that one game in hand for Real Madrid which can put them three points clear at the top in La Liga race but a defeat here might end their chances of winning the League. Celta Vigo and all Barcelona fans will be hoping Real Madrid lose this game to give title initiative to Barcelona going into the last week of La Liga action. We will have match highlights of this game right here on this page. 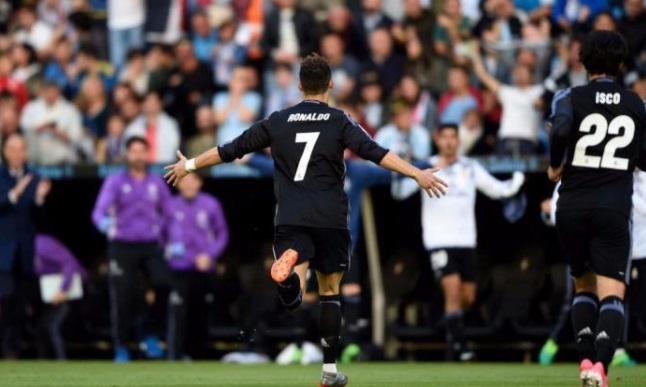 Last time these two meet was back in May 2017 when a 4-1 win for Real Madrid away from home helped secure their La Liga title. Ronaldo brace and strikes from Benzema and Kroos ensured a comfortable outing last time around and Zidane will be hoping for a similar result on Saturday night.

Match Preview: Real Madrid has incredible record against Celta Vigo and we can expect another win for Los Blancos. However their most recent meet was in Copa Del Rey where Celta knocked out Real Madrid 4-3 on aggregate thanks to 2-1 win at Bernabue and 2-2 draw at home. They might have another surprise in store this weekend.

Last time these two meet was back in February 2017 when Celta Vigo registered a 2-2 draw at home knocking out Real Madrid in Copa Del Rey on aggregate score of 4-3 thanks to 2-1 first leg win.

Celta Vigo on the other hand has over-achieved by everyone’s expectations they currently sit 6th in the table with 42 points and has been very good away from home winning 6 of the 13 games. They will make it hard for Real Madrid and it will be interesting to see whether Ronaldo and co can match Barcelona who put 6 past Celta Vigo a few weeks back.

Team News & Lineups: Gareth Bale is back in training and might play some part on Saturday but Karim Benzema is expected to be out for several weeks which gives Lucas Vasquez and Jese a chance to claim their place in the starting lineup. However against Celta Madrid is likely to lineup with Ronaldo, Gareth Bale and James Rodriguez trio upfront. Marcelo is still struggling for fitness and might be given another week for recovery while Sergio Ramos, Modric and Isco are all fit should start against Celta.

This is how I expect both teams to lineup on Saturday afternoon. 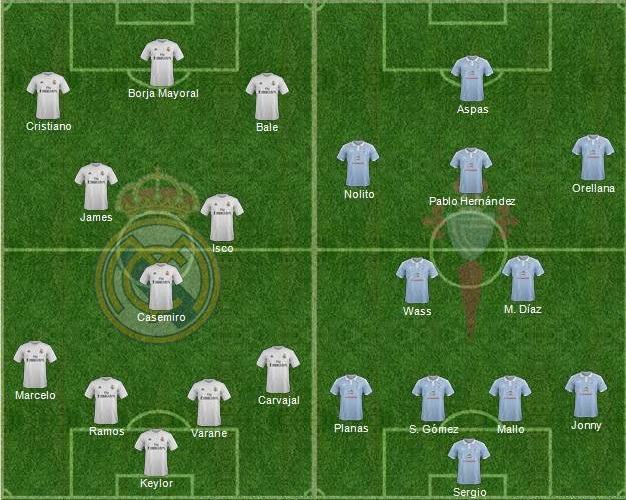 Match Predictions: Although Real Madrid’s home form has been superb where only Ateltico and Barcelona got away with full points but I can see Celta causing an upset here. Real Madrid have some problems in the dressing room with Ronaldo coming out and slatting team mates and that is bound to have effect on the team. Celta Vigo matched Barcelona at camp nou for 45 minutes but a sending off changed the game in second half. I do think the kind of season Celta are having they might win at on Saturday.