Real Madrid are set to take on Deportivo La Coruna in the Spanish La Liga game on Sunday, 21 January 2018 at the Santiago Bernabue. This looks like a routine league match for Madrid on paper but anything but a win for Los Blancos and Zidane might be sacked this is how bad Madrid’s form been this season in the league. They find themselves in fourth place with just 32 points, thats 19 behind league leaders Barcelona and if their recent form continue they will have fight at their hands to qualify for Champions League next season.

Preview & Lineups: Real Madrid are coming into this game on the back of a massive 1-1 draw against arch rivals Barcelona which kept their lead at top of the table to 6 points. Barcelona played better and should have won the game but thanks to a late Sergio Ramos header Real Madrid were able to snatch that points and kept their unbeaten run alive.

Deportivo La Coruna are struggling in the league having won just 3 matches off the first 14 which put them 16th in the table just 2 points away from safety. Its hard to see any other result than a easy win for Real Madrid in this one. 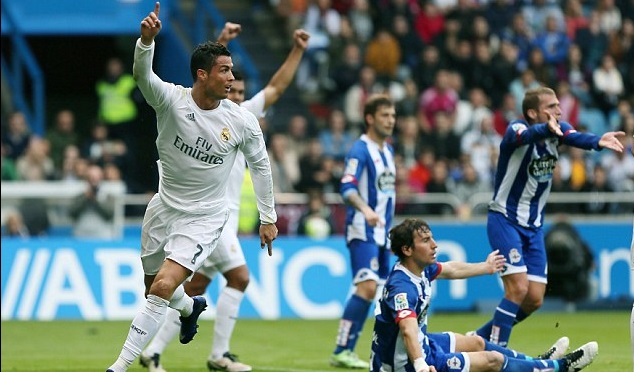 Ronaldo scored a brace last time these two meet back in May 2016. While the game at Bernabeu last season ended 5-0 in favor for Madrid thanks to Gareth Bale hattrick.

Zidane is expected to go with a Gareth Bale, James Rodriguez and Ronaldo in attacking midfield roles behind Karim Benzema while Modric and Kroos to play in central midfiel roles. Carvajal and Marcelo should continue as full backs with Sergio Ramos and Pepe playing in central defense. This is how I expect both teams to lineup on saturday. 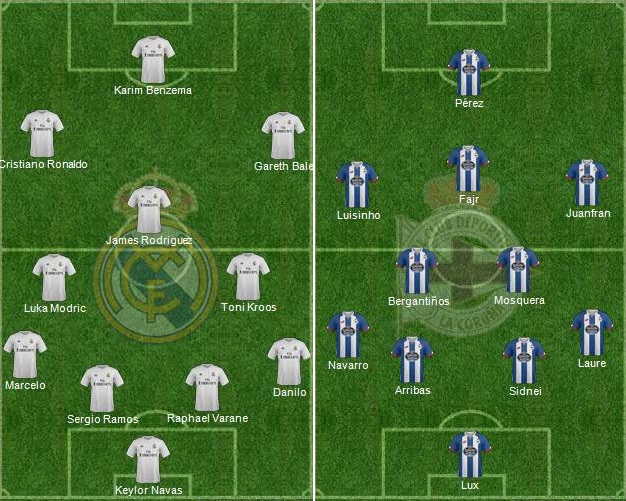 Cristiano Ronaldo scored twice in first half to ensure a comfortable win against Deportivo La Coruna but it was not enough as Barcelona won their game winning the title by just 1 point. Ronaldo started the game against Deportivo in sublime form scoring first goal inside 7th minute while he could have had 4-5 more with the kind of chances fell for him. It was another incredible goal scoring season for Ronaldo who reach 50 goals this season yet again and still one more game to play for later in the month against Atletico.

Real Madrid needed a win against Deportivo and a Barcelona loss against Granada to win the league title and they started in best possible way when Ronaldo scored in just 7th minute. However Barcelona scored twice in their own game to pretty much seal the title while Real Madrid secured their 12 consecutive league win in La Liga but fell short of the title by just 1 point.

Real Madrid got off to a winning start under new manager Zidane. Karim Benzema’s faint flick opened the scoring in 15th minute while Gareth Bale added another with a superb header to make it 2-0 to settle the nerves of players and fans alike. Real Madrid were not finished there as Bale scored his second just after the break to make it 3-0. 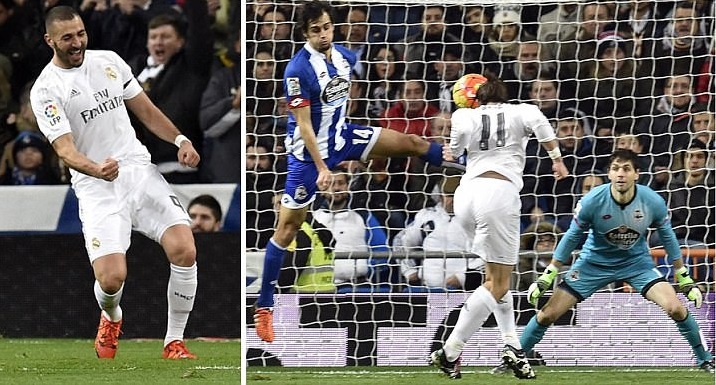 Gareth Bale and Benzema were at it again late in second half scoring goal a piece again to make 5-0 for Real Madrid. Cristiano Ronaldo had several chances but he failed to join on the scoresheet having seen his header hit the woodwork and missing narrowly couple of times.

Zidane Took charge of Real Madrid for the very first time in the home game against Deportivo La Coruna. Real Madrid were 2-0 upside first 25 minutes with goals from Karim Benzema and Gareth Bale while Welshman was on target again at the start of second half to make it 3-0 and put the result to bed before he and Benzema added another 2 to make it 5-0. Watch match highlights of the game below