Real Madrid are set to take on Eibar in the Spanish La Liga 2017-18 Match on Sunday night, 22 October 2017 at Santiago Bernabue. After Barcelona won their game earlier on Saturday, this game against Eibar is a must win for Real Madrid who going into the game 8 points behind their arch rivals. Since they are playing at home they will be odds on favourites to get all three points. The game will kickoff at around 20:45 CET / 19:45 uk time.

Match Preview: Real Madrid has had difficult couple of months where they lost against Valencia, got lucky against Villarreal and Las Palmas but dropping 5 points in last three La Liga games have allowed Barcelona to make their way back into the title race. Saturday La Liga action starts with Barcelona leading at with 57 points in 26 games while Madrid are second with 56 points off 25 matches. Sevilla are also on 55 points making it a three horse race from now to end of the season. 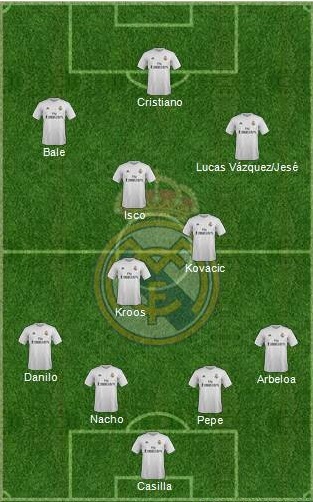 Real Madrid has been the most in from team at home having won 13 of the 16 home games so far and their only two defeats came in the hands of Atletico and Barcelona. Eibar on the other hand has only won three games away from home and that makes Real Madrid heavy favourites for the weekend clash even with their second string side.

Team News & Lineups: I expect Real madrid to go with several second string players as Zidane will have his one eye in the midweek clash against Wolfsburg. Lucas, Jese, Rodriguez and Isco might be given starts while Ronaldo, Bale and Benzema are sure to be rested. At the back Sergio Ramos is suspended which means Rafael Varane will play alongside Pepe and Dani Carvajal is expected to start at right back.

Real Madrid has meet Eibar in the spanish top division only three times and they won all of those fixtures. In the earlier league game between the two Madrid ran out comfortable 2-0 winners thanks to goals from Ronaldo and Bale. I expect a under strength Real Madrid side to get yet another home win.