Real Madrid are set to take on Getafe in the Spanish Primera Liga game on Saturday, 14th October 2017 at the Coliseum Alfonso Pérez Stadium. The game followed after the international break and this is one of those where Madrid might drop points again considering their indifferent start to the season. Madrid trail Barcelona by 7 points in their persuit to La Liga defense and since Barcelona are playing Atletico later in the night this weekend give Madrid a chance to reduce the gap at top of the table. The game kicks off at around 16:15 CET / 15:15 uk time and we will have match highlights after the game is over.

Zinedine Zidane will surely take this game with added motive of putting Barcelona under pressure who will be playing Atletico Madrid later in the night. If Madrid wins against Getafe they can reduce the gap at top of the table to just 4 points however anything but a win will give Barca added incentive of getting a position result against Atletico Madrid.

Rafael Verane might start alongside Sergio Ramos who will be returning from his suspension in the central defense while Marcelo and Carvajal are set to keep their full back positions after impressive performances against Wolfsburg. 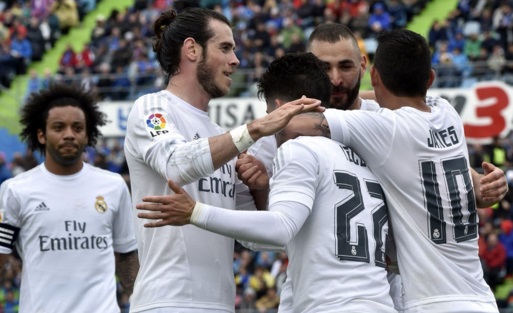 Real Madrid has closed the gap at top of the table to just 1 point off Barcelona with a impressive away win against Getafe on Saturday, 17th April 2016. Real Madrid started with a very attacking lineup with Isco, Bale, Rodriguez, Ronaldo and Benzema all started with Kroos the only holding midfielder. It took just half and hour for Real Madrid to get in front when James Rodriguez found Benzema with a superb pass who poked home from close range. Isco made 2-0 just before the break for Real Madrid. Bale and Rogriguez scored in second half to complete a impressive 5-1 win. 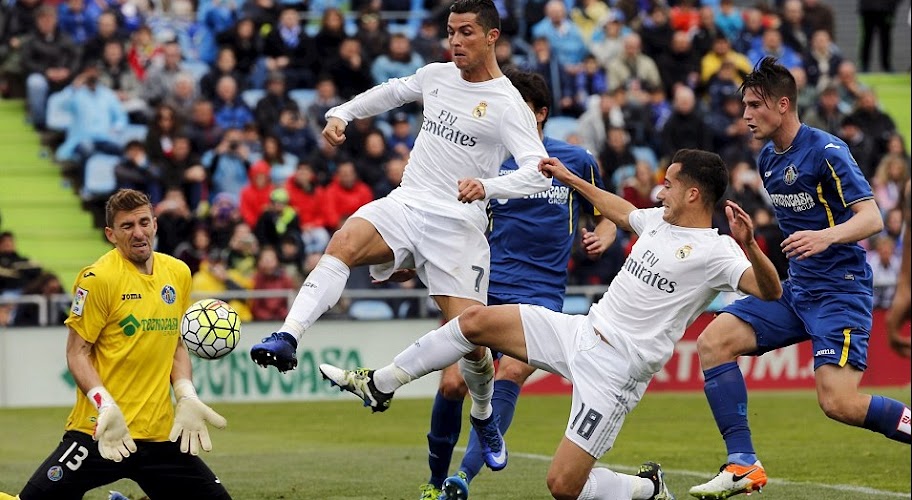 Last time these two meet was back in december 2015 when Real Madrid ran out 4-1 winners at Santiago Benrabeu and can expect another similar performance from Madrid against a relegation threatened Getafe side who are 2 points behind Granada for the La Liga survival race.

Predictions: Real madrid’s away form has been a concern but they have defeated their demons when a 2-1 win against Spanish and Eurpean champions Barcelona boosted their moral by a notch. Ronaldo’s is again firing on all cylinders, bale back playing regularly and even James Rodriguez looks a massive threat going forward which set up a superb game of football this saturday. i am going with a comfortable win for Real Madrid with couple of early goals easing the nervous.