Real Madrid visit Granada for crucial La Liga game this Saturday night, 06 May 2017 and by the time they take the field they might find themselves 3 points behind Barcelona who play earlier in the day against Villarreal. The game will kickoff at around 19:45 uk time beIN Sports will have live coverage in the US and we will have live links as well as full match highlights after the game is over.

Granada 0-4 Real Madrid Highlights
[ Spanish La Liga 2017 Match ]
03′ 0 – 1 James Rodriguez scored a close range tap-in in just 3rd minute of the game to put Real Madrid in lead.
11′ 0 – 2 James Rodriguez was on target again minutes later when he headed home his and Madrid’s second of the night.
30′ 0 – 3 Alvaro Morata got himself on the scoresheet to pretty much kill the game off.
35′ 0 – 4 Alvaro Morata made it 4-0 just before the break.

Granada vs Real Madrid Highlights: The game is a early kickoff on Saturday 07 January 2017, starting at around 12:30 uk and if you missed the live action or want to replay the game you can always tune in on this page to find short and extended match highlights after the game is over. 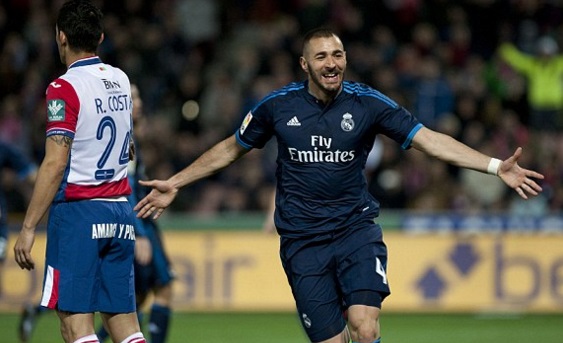 Last time these two meet was back on February when Real Madrid scored a late goal thanks to Luka Modric to clinch 2-1 win away from home. Playing at Bernabue this weekend they are odds on favourite to take all three points. 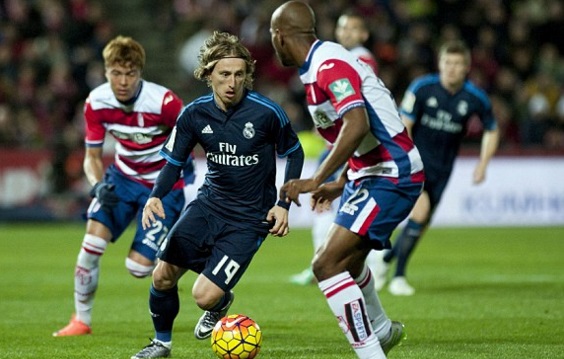 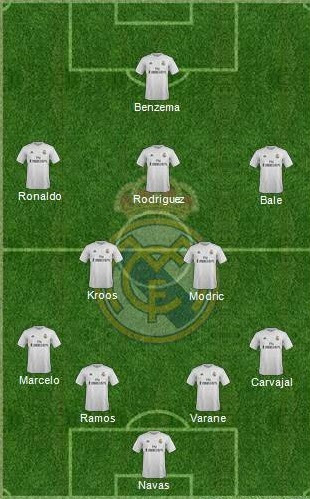 Real Madrid might go into the game with 7 points behind league leaders Barcelona who play against Levante in the early kickoff on Sunday at around 12:00 and that can put some added pressure for Real Madrid to get all three points at any cost. Real Madrid will still be without Gareth Bale who has been out injured for several weeks while the goal scoring burden will be shared by Ronaldo and Karim Benzema.

Ronaldo is currently on 19th league goals this season and his recent hattrick (29th of his real madrid career) against Espanyol will put more confidence in his after a relative below par season by his own standards.

José Ramón Sandoval’s Granada are no pushovers, unlike the table suggest, they cause all sorts of problems for Real Madrid in the league game earlier in the season and Real could only manage a 1-0 win. Playing at home they will be hoping to cause more trouble for Real Madrid who has been shaky away from home this season with only 4 wins in the 10 away games they have played so far.

Predictions: Going by the recent form of both teams Granada will be very fortunate if they can get somthing out of this match. Real Madrid has had a unpredictable season so far where they bullied teams in the bottom half while failed to get decent results against bigger sides. So with all due respect Granada falls into bottom half table team and with a terrible home form so I can only see one result in this one and thats Real Madrid cruising to 4-0 win.