Real Madrid are set to take on Villarreal in the Spanish La Liga game on Saturday afternoon, 13th January 2018 at Santiago Bernabue in Madrid. Zidane is under increasing pressure everyday after bad results over the course of first half of the season. Real Madrid find themselves 16th points behind Barcelona and another drop points this weekend will only increase the rumours of Zidane being replaced as manager.

The game will kickoff on Saturday at around 16:15 local / 15:15 uk time. there won’t be any live coverage in the UK while beIN Sports will continue their La Liga coverage in US, Middle-east and canada. But if you missed the live action of Madrid-Villarreal you can always tune in here for extended highlights.

Match Preview & Team News: Villarreal are a decent side but their super start to the season has been kind of undone by difficult start to 2017 where they have only won 2 games. If Real Madrid drop points again on Sunday and Barcelona win their game against Atletico it will open up the title race again. 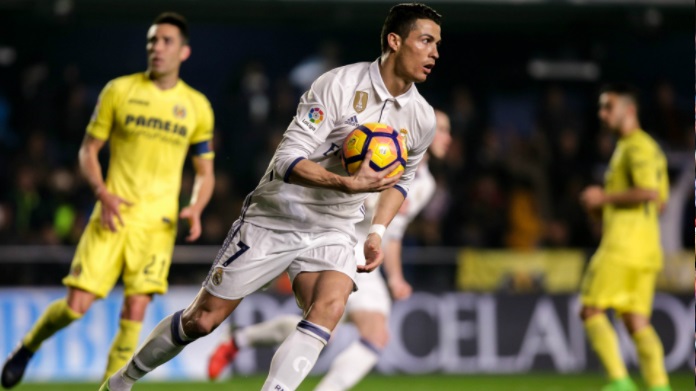 Last time these two meet was back in February 2017 when Real Madrid came from behind to win all important 2-3. Bale, Ronaldo and Morata were on target in what was a very exciting game.

However Villarreal are no pushovers and they showed their resilient side when the last visited Madrid holding them to a deserved 1-1 draw. Their recent form has been shaky at best but they still have the players to pull off a surprise result.

Zinedine Zidane has a full squad to choose from without any fresh injury concerns but manager will be looking to rotate the lineup with Champions League games in mind. Ronaldo, Bale and Benzema are sure to start in this important game while Casemiro might be given the midfield role alongside Kroos and Modric.

Villarreal on the other hand are likely to start with Soldado upfront while Bakambu Suarez and Trigueros to play in attacking roles. This is how I expect both teams to lineup on Wednesday night. 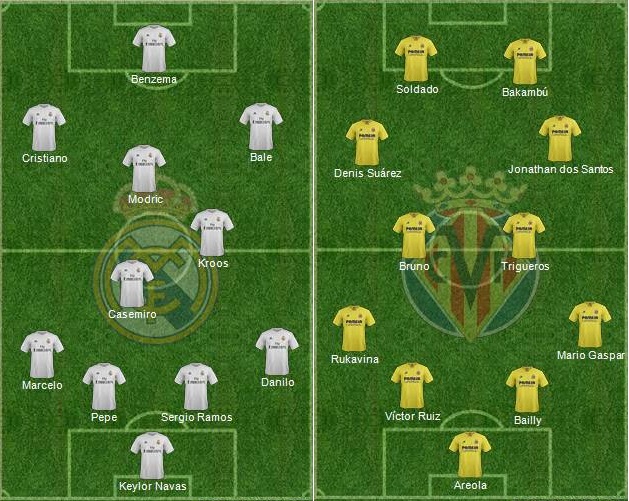 Match Predictions: Madrid are playing with their tails up knowing that a real possibility of ending the season with atleast one major trophy is well within their reach. All main players are fit and playing well and I can’t Villarreal who has been decent this season at home but struggles away to make any trouble for free scoring Real Madrid. I am going with a 3-1 win for Real Madrid in this one.