Real Madrid are through to the semifinals of 2016 champions league after beating Wolfsburg 3-0 thanks to Cristiano Ronaldo hattrick. Two quick goals in first 17 minutes by Ronaldo got Real back in the tie while a second half freekick made it 3-0 and Madrid cruised to semifinals. 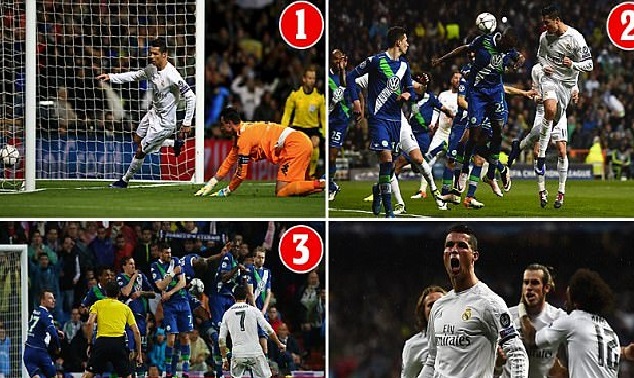 A shocking start to the game for Wolfsburg who sat back and invited pressure from Real Madrid who were sharper and looked hungry in the opening exchanges. Wolfsburg’s inability to keep hold of the ball came back to bite them as Ronaldo’s quick brace in matter of minutes turned the tie on its head. Wolfsburg however made an early change after going 2-0 down and brough Kruse who played as no.9 providing much needed support in attack. Ronaldo completed his hattrick and put Real Madrid 3-0 up with 15 minutes to play for.

Absolute cracking first 16 minutes saw Real Madrid ran riot against Wolfsburg when they took 2-0 lead in the second leg of their 2016 Champions League quarterfinal tie. Ronaldo was at heart of the action scoring twice to get Real Madrid back on level terms on aggregate. 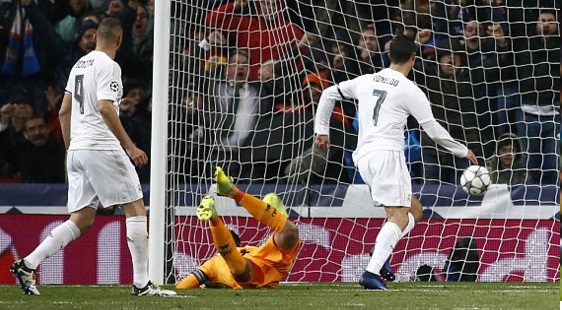 Minutes later he was at it again when he header home from a corner to make it 2-0 and completey turn the tie around in matter of minutes. 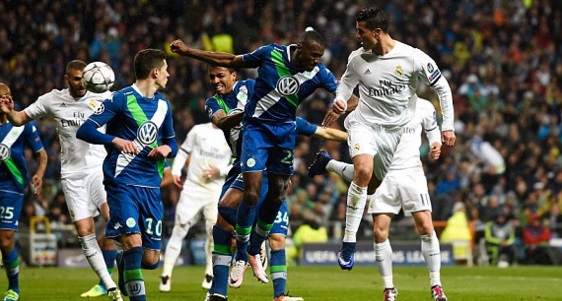 Cristiano Ronaldo put Real Madrid in the semifinals after he completed his hattrick with a superbly taken freeckick which found its way through the Wolfsburg wall into the back of the net. Absolute cracking game of football.

Zidan’s Real Madrid will be traveling to Germany as they face Wolfsburg in the Champions League quarterfinal this wednesday night, 06 April 2016. Its a massive game for Los Blancos as europe’s premier competition in their only hope of silverware this season. They could not have asked for better preparations having beaten arch rivals Barcelona in their own backyard. Wolfsburg will definitely be underdogs in this game but they are more than capable of pulling off an upset here.

Germany side Wolfsburg are playing Champions League knockout stages for the very first time and they will need a good result at home to stand a chance of winning the tie. Wolfsburg topped very competitive group beating off the competition from Manchester United, PSG and CSKA Moscow while their round of 16 tie was a 4-2 aggregate win over Gent. But this is a major step up in quality with Real Madrid hunting for their record 11 european title.

Benzema and Ronaldo were on target against Barcelona in a 2-1 win at Camp Nou.

Team News & Lineups: Zidane has some selection headech with Casemiro playing absolute beast of a game against Barcelona and he is more than likely to start in midfield alongside Modric and Kroos while Benzema, Ronaldo and Bale to start upfront in three man attack. While Ramos will start alongside Pepe, Carvajal and Marcelo in the back four.

Wolfsburg on the other hand likely to be without couple of key players in Daniel Caligiuri and dutch striker Bas Dost who are both doubtful while defender Naldo is out for rest of the season. Which means Max Kruse to start upfront with Julien Draxler and Andre Schurrle to playing in attacking roles behind Kruse. Former Bayern players Dante and Gustavo will lineup in 5 man defense alongside the likes of Trasch, Knoche and Rodriguez.

This is how I expect both teams to lineup on Wednesday night in the first leg of 2016 Champions League quarterfinal tie. 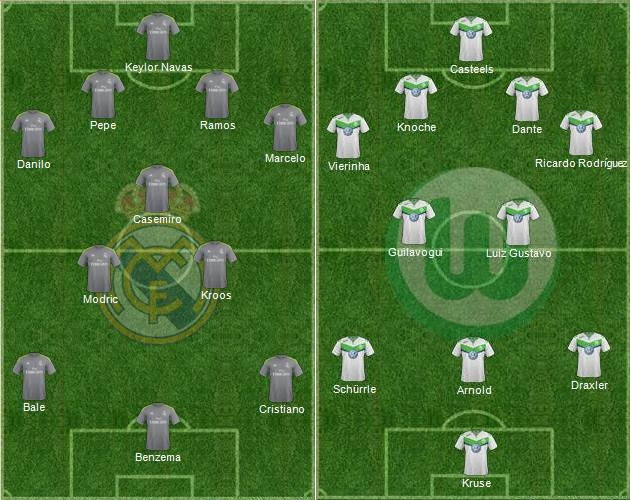 Match Predictions: Overall Real Madrid will be heavy favourites to win the tie on aggregate specially since they are playing at home in the second leg which gives them a clear advantage. Wolfsburg however can put Madrid under pressure with a good result at home and looking at the past 7 champions league games at home, Wolfsburg has only lost 1 back in 2009 against Manchester United. So Real Madrid has their work cut out to get the better of resilient Wolfsburg side who can produce a shock result. I am going with a 1-0 win for the homeside in this one.

You could not have write the script for Wednesday night champions league action. Wolfsburg absolute hammered Real Madrid in the opening half and deservedly took a 2-0 lead at the break.

Rodriguez penalty and Maximilian Arnold goal in 25th minute had home side leading 2-0 by 25th minute. Real Madrid were still in the game and should have got atleast 1 goal as a clear penalty was denied while Ronaldo was wrongly ruled offside when he looked to have scored legally. 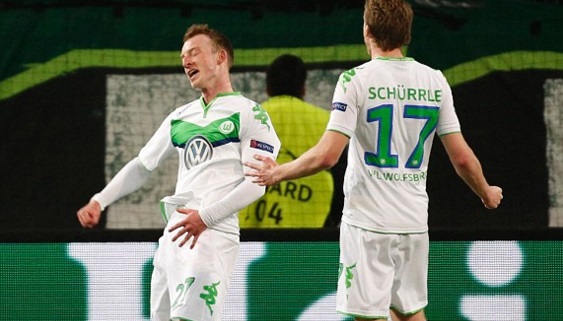