Manchester United are set to host Southampton in the premier league game on Saturday evening, 30th December 2017 at Old Trafford. Having drawn both of their last two games, United will be hoping to get back on winning ways and keep the pace at the top. Southampton can be a difficult team to beat but playing at home United will be favourites. The game kicks off at around 17:30 uk time and BT Sports will have live coverage in the UK. However, if you missed the live action you can always tune in here for match highlights afterwards.

Southampton are a decent side who defeated Liverpool 2-0 on aggregate in the semifinals winning both legs 1-0. They are compact at the back and offer incredible pace on the counter attack which caused all sorts of problems for Liverpool. However this United side are a different animal who are dynamic and play in couple of different systems thanks to a quality squad. There are injury worries for both sides going into the game and we take a look who will be play and missing on Sunday. 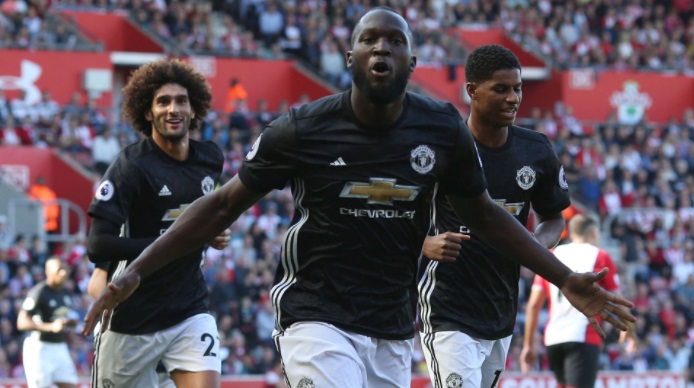 Last time these two meet was back in September 2017 when United were playing well and Lukaku was scoring goals for fun. Three months from that 1-0 win at St Mary’s United are no longer the force they promised to be and struggling at the moment drawing both of their last two games. Jose Mourinho will be hoping for a win and keep themselves ahead of Chelsea in second place.

Southampton 0-1 Manchester United – September 2017
[ English Premier League 2017-18 Match ]
20′ 0 – 1 Romelu Lukaku scores in 20th minute of the game against the run of play as United were pinned back by resurgent Southampton side. But Ashley Young’s nice cross was meet by Lukaku head whos first effort was saved by Ben foster but he failed to clear rebound as United took the lead.

Team News & Possible Lineups:Southampton will be without captain Van Dijk, Charlie Austin and Sofian Boufal. But manager Claude Puel can still put together a quality starting lineup with loads of pace upfront with the likes of Shane Long and Redmond providing runs in behind the defense.

Jose Mourinho on the other hand will be without Michael Carrick and Henrik Mikhitaryan who both wobbled off during Europa League game. Wayne Rooney and Luke Shaw are set to miss out again as things behind the scenes kind of playing its part in them being overlooked. Mourinho is likely to go with Ibrahimovic upfront while Anthony Martial, Juan Mata and Pogba to start in attacking roles while Fellaini to partner Herrera in midfield. This is how I expect both teams to lineup on Sunday. 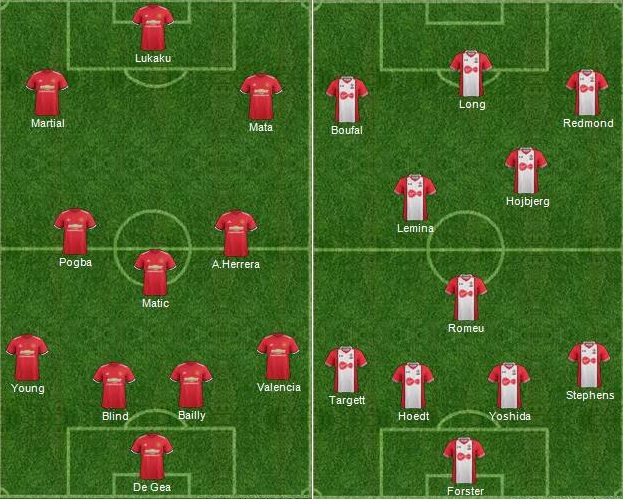 Match Predictions: United coming into this game knackered by so many games and it is starting to take its toll with Carrick and Mikhitaryan both missing out on the final. On the other hand it eases selection headech for Mourinho but he still have to make a massive decision whether to start with Martial or Rashford in the final. Regardless what team lineup he goes with United will be favourites but I expect Southampton to make a game of it and surprisingly I am going with Southampton to win this one largely down to the face they will be fresher of the two.