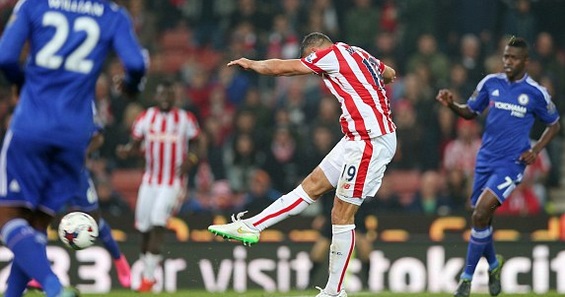 Stoke City will be looking to upset Chelsea in the Capital One Cup fourth round tie this tuesday night at Britannia Stadium in Stoke. Jose Mourinho side went behin early in second half having totally dominating the first 45 minutes. A goal from Walters in 52nd minute put Stoke City 1-0 up with Chelsea looking at yet another defeat but a late late goal from Loic Remy in injury time to take the game to extra time. Stoke were eventual winners on penalties with Hazard to the only player missing his spotkick.

Stoke City vs Chelsea Preview: Chelsea lost their 5th league game this season over the last weekend when West Ham United secured a 2-1 win at Upton Park leaving Chelsea struggling at the bottom half of the table. Chelsea’s out of form midfielder Namanja Matic was sent off for second bookable offence which lead to Chelsea downfall with Andy Carrol scoring a late goal to win all three points for West Ham.

Stoke City on the other hand are also stuggling in the bottom half in 14th position with 12 points but they find themselves 1 position and a point above chelsea. Their most recent encounter against Chelsea at the Britannia Stadium ended in a 3-2 win with Oussama Assaidi scoring a late winner. Mark Huges will be hoping for the same against what really is strange and fragile Chelsea side.

Stoke City striker Bojan Krkic will be the player to watch out for in this game as he has paved his way into Mark Huges side after 6 month injury layoff. He is likely to operated as attacking midfielder with free-roaming role which can cause Chelsea defense and midfield some panic. 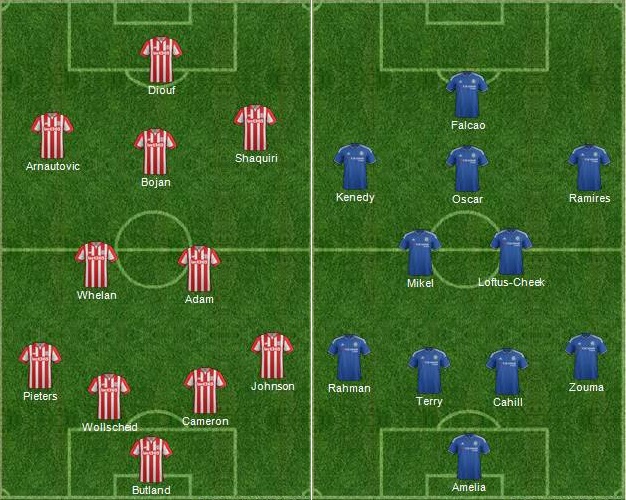 Match Predictions & Highlights: The pressure is on Chelsea but with Mourinho bringing in some new names into the lineup they will be alot more competitive against Stoke City than that lackluster performance over the weekend against West Ham United. Falcao is likely to be given one of his last chance to impress as he will lead the line with Pedro, Hazard and Willian playing in attacking roles. I am going with narrow Chelsea win against Stoke City.

You can watch the match highlights and goals video from this match right here on this page after the game is over. Match kickoff time is 19:45 uk time and highlights will be available at around 21:30 uk time.