Saturday, 21st March 2015 Tottenham Hotspurs took on Leicester City for the 2014-15 premier league game and it turned out to be a cracking of a game with local hero Harry Kane stealing the show with a hattrick but Leicester City made life difficult for the home side as they went on all out attack and scored 2 goals in the second half.

Tottenham got off to a superb start with Harry Kane scoring a goal in the first 6 minutes of the match to put Tottenham 1-0 up. 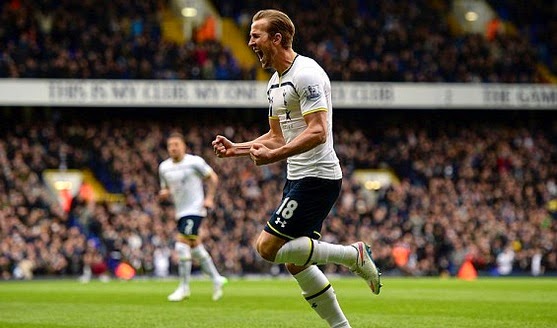 Kane made it 2-0 as he scored his second of the day in 13th minute with a nicely taken goal and at that point it looked like spurs will run away with three points a win.

Jamie Vardy got Leicester back into the game just before the break when Vardy converted a superb cross from Dave Nugent to make it 1-2 going into the half time. 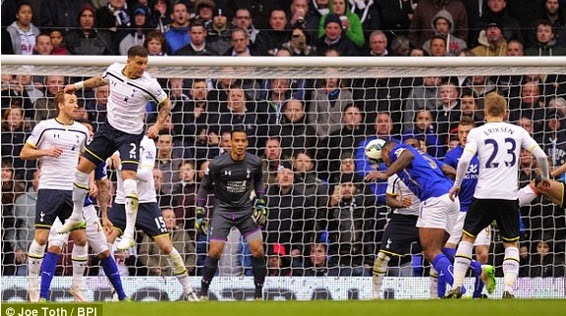 Leicester was much the better side in the first half going forward and they equalized just after the halftime when Wes Morgan scored to make it 2-2 on the day.

Tottenham were given a dodgy looking penalty when Nugent and Danny Ross collided in the box, Harry kane stepped up and scored his third of the day and became the top scored in the premier league with 19 goals to his name.