FC Barcelona are set to host Valencia in the first leg of their 2018 Spanish Cop Del Rey semifinal tie on Thursday night, 01 February 2018. The match will kickoff at around 21:30 CET / 20:30 uk time and we will have full match highlights of the game right here. Tune in on this page if you missed the live action to get the replay and extended highlights footage. The second leg will be played a week later on Thursday, 08 February 2018 at Mestella Stadium.

Valencia vs Barcelona Preview: On paper this is a massive game in Spain but in terms of competitive nature there is only one result coming to mind and that is a comfortable Barcelona win. Valencia has lost 3 of their opening 4 home games and the Barcelona side who dis-mental Man City in midweek will be full of confidence. Messi’s hattrick and Neymar among the scorers against City will only put fear in already shaky Valencia defense. 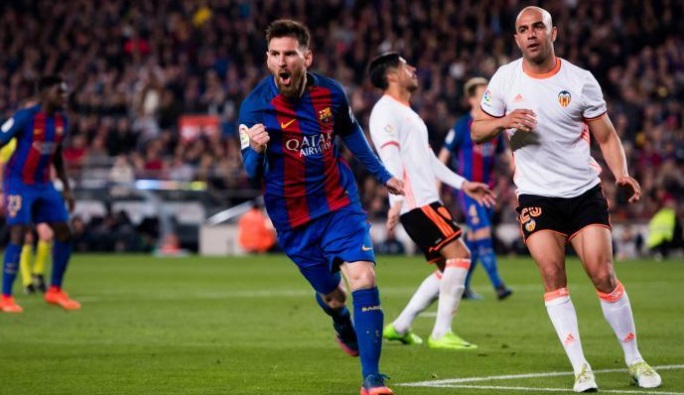 Barcelona has won Copa Del Rey for record 27 times and this season they have been absolutely sensations in all competitions, specially at home. Luis Enrique side has not conceded more than 1 goal in a home game which makes Valencia’s task a bit more difficult. Both teams meet earlier in the season back in december when Santi Mina’s late goal canceled out Suarez strike to earn surprising 1-1 draw for Valencia and Gary Neville will be hoping atleast a similar result so that they can have something to play for in second leg. 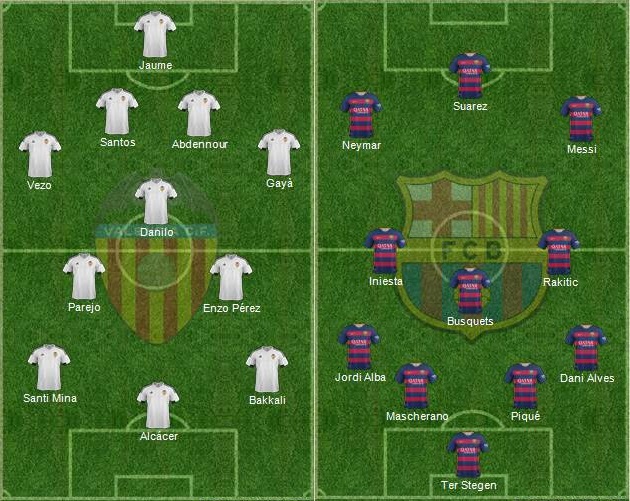 Predictions: Its hard to predict anything other than a Barcelona win no matter where and which team they are playing against. Valencia will have to get their act together or fear the prospect of tie finishing in first leg if they let Barcelona get away with early lead. I am going with a 3-1 win for Barcelona in this one which will pretty much settle the tie.