After a marathon first quarterfinal between Poland-Portugal, we had two of the high scoring teams in the tournament going head to head with Wales taking on Belgium. It took just 13 minutes to open the scoring for Belgium when Radja Nainggolan scored with a wonderstrike to put Belgium 1-0 in lead. However the lead was short lived as Wales bounced back with a thumping header goal from Ashley Williams in 31st minute. Game was still 1-1 as both teams head to break. Robson-Kanu and Sam Vokes scored in second half to put Wales in the semifinals of 2016 European Championship.

You could not have written the kind of script this Euro 2016 is producing. Wales has made it to the semifinals of the 2016 European Championship after rather easy win over Belgium. They had to come from behind but goals from Williams, Robson Kanu and Vokes insured a 2-1 win and place in semifinals against Portugal.

Wales 3-1 Belgium Highlights
[ UEFA European Championship 2016 Quarterfinal ]
13′ 0 – 1 Radja Nainggolan opened the scoring with a stunning strike to put Belgium 1-0 in lead.
31′ 1 – 1 Ashley Williams thumping header made it 1-1 on the night.
55′ 2 – 1 Hal Robson-Kanu scores absolute class goal outfoxing three belgium defenders before putting the ball in the net.
86′ 3 – 1 Sam Vokes came on second half sub to score the third for Wales as they complete a remarkable turnaround.

Last time Wales reached the quarterfinal stage of a major tournament was back in 1958 world cup where they lost to eventual winners Brazil with Pele scoring the only goal in the game. Now Gareth Bale lead Wales side has a wonderful chance of not only making it to the semifinals but actually reaching the finals as they are in relatively easier draw where they will face either Portugal or Poland. However Belgium will be slightly favourite to get the better of Wales this friday night. 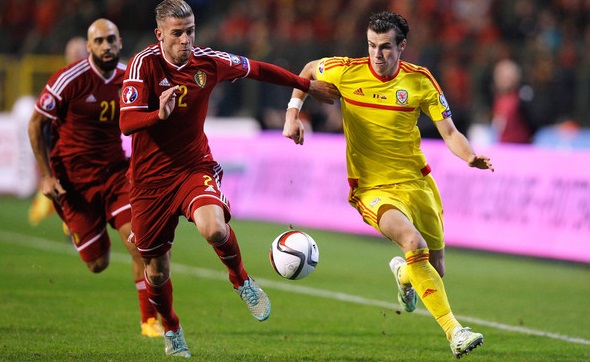 Wales got the better of Belgium in Euro 2016 qualifying campaign winning at home and drawing 0-0 away.

Team News & Lineups: Chris Coleman will be hoping Ashley Williams completes his recovery from shoulder injury and fit enough for a start while rest of the squad is fully fit and we can expect unchanged starting lineup against Belgium who are also likely to keep the same starting lineup which took the field against Hungary. Romelu Lukaku will start upfront with De Bruyne, Hazard and Mertens playing in attacking roles infront of midfield duo of Nainggolan and Alex Witsel. 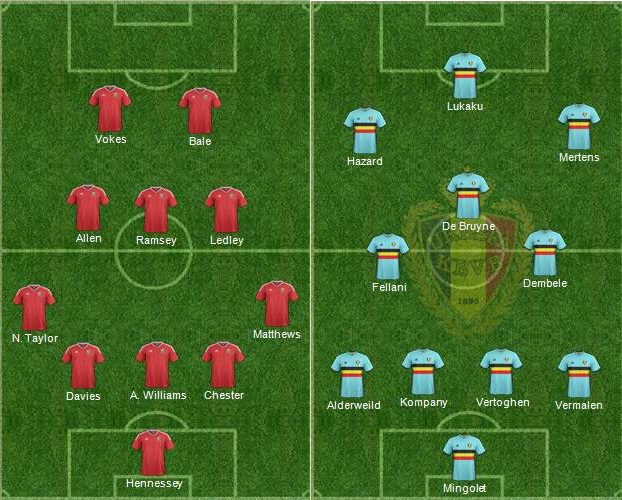 Wales are heavy under dogs going into the match but they will take heart from the fact they have already beaten Belgium in competitive fixtures last year in the qualifying round. After their opening day defeat against Italy, Belgium has gone from strength to strength with their top players finding form just at the right time. However Wale are incredibly hard to break down and they pose a big threat on the counter attacks with Gareth Bale pace and clinical finishing. I am leaning towards Wales win in this one albeit a narrow one and quite possibly on penalties.