Wales took on Portugal in the first semifinal of 2016 UEFA European Championship and there was alot of expectations from this Wales side specially considering they were playing against a team who has yet to win a game in normal time. But when you have Cristiano Ronaldo in your ranks you are always within a shout for a goal and thats exactly what happened. After another 0-0 in first half, Portugal scored not once but twice inside 10 minutes after the break. Ronaldo’s thumping header followed by a his scuffed shot poked home from close range by Nani as Portugal went 2-0 up. Portugal hold on to their lead and qualify for the 2016 Euro final against either Germany or France.

So Portugal are through to the finals of 2016 UEFA European championship after two goals inside 10 minutes after the break see them defeat Wales. Ronaldo’s thumping header followed by Nani poking home from close range ensured first win for Portugal in normal time and a place in the final against either Germany or France.

Gareth Bale has been inspirational in Wales route to the semifinals and they have surpassed any expectations attached to them before the tournament began. Wales actually became the first British team to have gone past quarterfinal stage since Euro 96 when England reached the semifinals at home. Surprisingly enough bookies have installed Wales as slightly favourite going into the biggest game in Welsh football history against Portugal and thats largely down to Portugal inability to win games as they have not registered a win in normal 90 minutes in the competition. 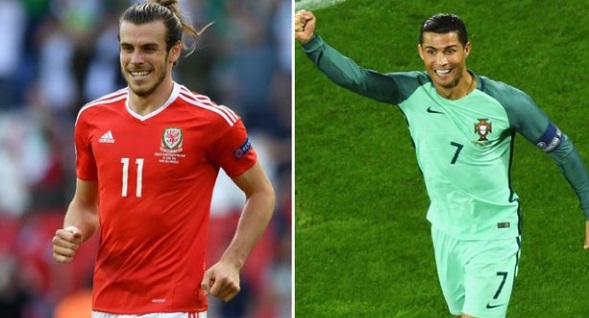 Build up to the first semifinal is all about talismen of their respective teams in Gareth Bale vs Cristiano Ronaldo.

Portugal will have some major selection headache going into the semifinal as young midfielder William Cavarlho has been ruled out due to suspension while Andre Gomez and Rafa Guerreiro are doubtful leaving Fernando Santos to improvise with the starting lineup.

Wales on the other hand will be without talisman Aaron Ramsey and Ben Davies (both suspended) which means Joe Williams is expected to take central midfield role while Gareth Bale will have to play game of his life if Wales were to dispose off Portugal. 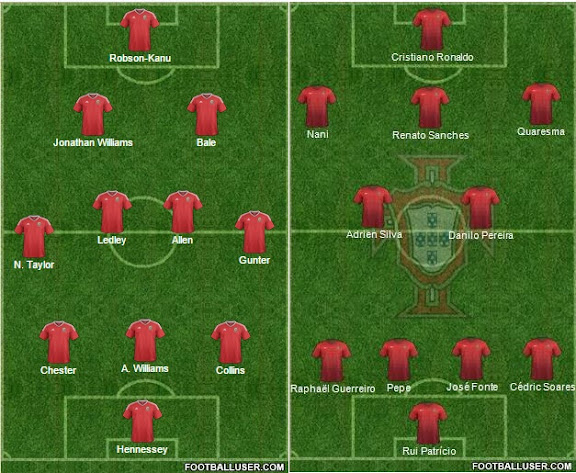 Last time these two meet was back in 2000 in a friendly game and Portugal ran out comfortable 3-0 winners. Things has changed since than and this Walesh side means business who play as a compact unit while defending and very clinical in front of goal when presented with opportunities. Portugal on the other hand look pretty solid going forward but their shaky defense always has a mistake in them. The build up is likely to be Ronaldo vs Bale and both players might end up getting marked out of the game. Looking at both teams Portugal posses alot of attacking flair with players like Renato Sanchez getting better by every game. I expect home to have another massive game as Ronaldo is likely to be man marked.

Predictions: So far only handful of games ended up one sided and mostly every game has been tight and competitive. I expect another classic encounter where Portugal will have to take the game to Wales but I just think Wales will nick a goal or two on the counter attacks and see off the match to reach their first ever final.