Arsenal suffered their third defeat of the season as West Brom came from a goal down to win the game 2-1 with goals from James Morrison and Mikel Arteta earned very important three points for the baggies while Arsenal failed to go top of the table.

Arsenal took the lead early in the first half when a goal from Olivier Giroud made it 1-0 for away side and it looked like another win for Arsenal. But game was turned on its head before the break with James Morrison goal in 35th minute made 1-1 while Arteta who started his first game for a while put the ball in his own net to give West Brom 2-1 lead before the break.

Santi Cazorla missed a glorius chance to bring Arsenal back into the game when Arsenal were awarded a penalty but Cazorla failed to put the ball in the back of the net and West Brom hang on for a narrow win. 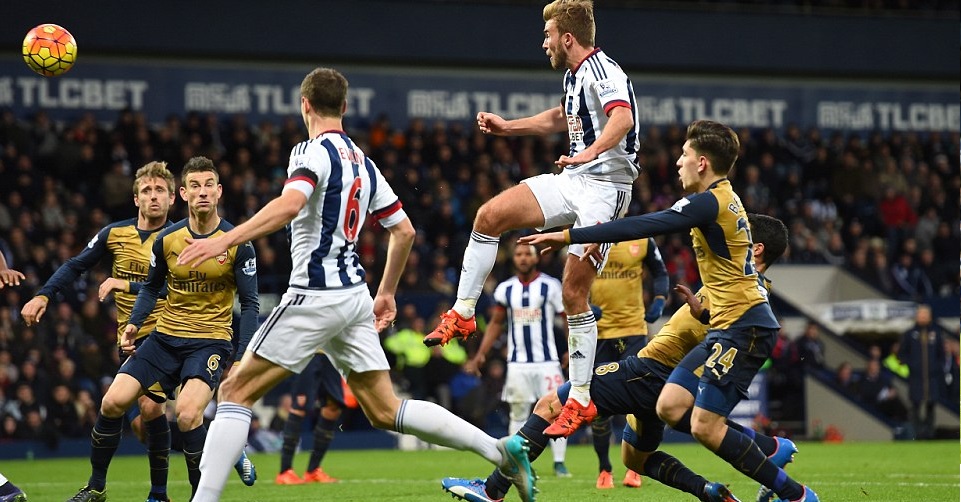 James Morrison scored from indirect freekick by Chris Brunt which lead to first goal for West Brom as they came from behind after Olivier Girouds opener.

Mikel Arteta failed to clear a low cross and it deflected of his arm into the back of the net as West Brom took the lead within twelve minutes of going behind.

Arsenal will be looking to go three points clear at the top of the table when they travel to face West Bromwich Albion in their saturday’s premier league encounter. Arsenal are currently level on points with Man City at the top of the table with 26 points of first 12 league games, but since City will play later in saturday against Liverpool Arsenal can take an three points lead to put pressure on the blues. The game is a 3pm kickoff which means no coverage in the UK but we will have live streams and highlights of this game right here on this page 1 hour before the kickoff.

West Brom vs Arsenal Preview & Team News: West Brom are currently sitting in 13th place after 12 games accumulating 14 points with 4 wins so far in the season. They will be fancying their chances against Arsenal which can blow hot and cold on any given day. But looking at the last 5 game form of the teams its hard to see West Brom getting anything in this match against Arsenal side which has only conceded 9 goals in the opening 12 matches while West Brom’s attacking record is joint worst in the league with only 10 goals scored.

Arsenal’s injury woes are slowly coming to an end but still a week or two away from getting full squad fit. Against West Brom however Hector Bellerin will return to starting lineup while Aaron Ramsey and Alex Oxlade-Chamberlain are sure to miss out but should be available for champions league encounter in midweek. Rosicky, Wilshere, Welbeck and Walcott are out for another month or so.

West Brom on the other hand will have Chris Brunt back in the squad but first choice keeper Ben Foster will be out for another month or two due to cruciate knee ligament injury. This is how I expect both teams to lineup ahead of Saturdays encounter. 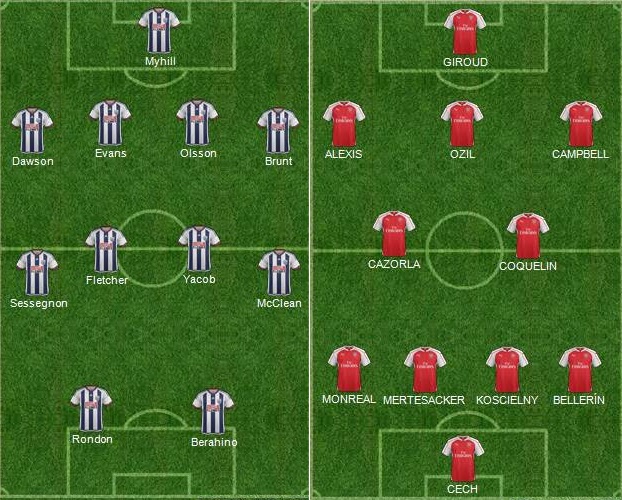