Night Watchman, China Man, Wrong One, Doosra, Bunny. Cricket’s terminologies can be hilariously misleading and at times need some explanation. From the term Night Watchman, one gets this sinister feeling that we are about to witness an iron clad warrior armed from tooth to nail but instead who turns up? Giving a dash to our hopes, the weakest batsman in the whole batting line up shows up as a scape goat for the better batsmen in the team. What confounds me is that why all these Night watchmen are always smiling. They must be the happiest breed of scape goats ever. Still the terminology is cool. One another term that is specific to cricket is Bunny.

Bunny is a cricketer, most commonly a batsman, who almost invariably has difficult time facing a particular person from the opposition. This is a person who normally is a cool player but somehow manages to embarrass himself whenever he comes up against a particular bowler. Our boy here, will get out in the mysterious of ways possible. Sometimes on downright peach of deliveries and sometimes on absolute half trackers. Most of the times it is just his nerves that get better of him and he ends up appearing a complete schmuck. So why don’t we start listing our bunnies? 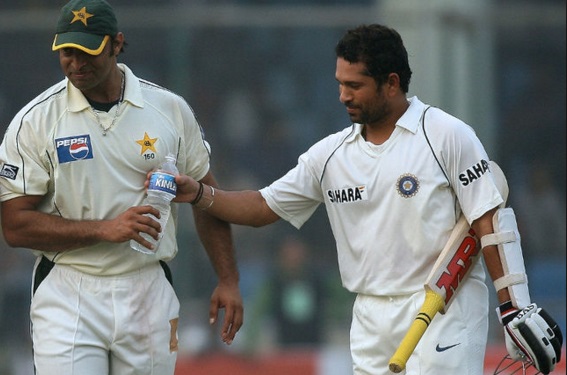 How would one begin to describe the class of this batsman? He was a run machine like no other. Hundreds of Millions pinned their hopes with this little guy whenever he walked on the pitch and to their happiness he disappointed them on very few occasions. But even this ambassador of cricket has had his moments of embarrassment. Pakistani speed star Shoaib Akhtar has bagged Sachin Tendulkar’s wicket 8 times in his career. Most Indians you meet will fondly remember the six that Sachin hit to a short pitch delivery by Akhtar in Centurion but not many would have a recollection of the numerous occasions Akhtar got better of Sachin. Shoaib announced himself at international level by uprooting Sachin’s middle stump at Eden Gardens in front of a mammoth Indian crowd. This was just a beginning to what would be an epic career during the course of which Shoaib got better of Sachin on numerous occasions. Now that both the stars have retired, Shoaib and Sachin enjoy a very friendly relationship. 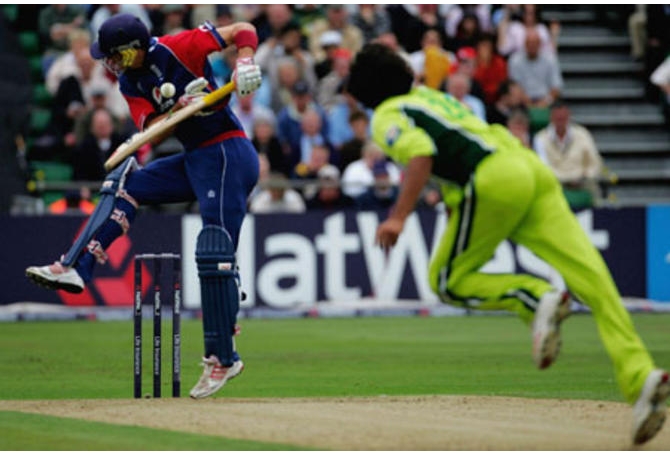 Few players are born with the same sporting abilities as possessed by England’s Pieterson. Felling out with the coach Andy Flower and captain Andrew Strauss didn’t go very well with the England Cricket Board and as a result Pieterson is serving an exile from English cricket team these days. Just recently Pieterson wrote an autobiography in which he described Pakistan’s Muhammad Asif as the most difficult bowler he has ever faced. Asif, with the most docile bowling action you would get to see in cricket, could make any batsman look like a complete beginner. He had his way with the bowl. He was a plotter, a shrewd schemer who would play with his prey before going for the kill. 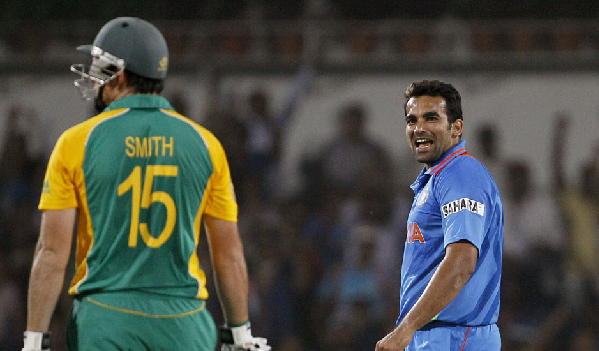 Made captain of South Africa at a very tender age, Graeme Smith was impeccable against all kinds of bowlers. Anything on legs would not stop before hitting the advertisings on the fence. But even

Graeme Smith had developed a nervous relationship with Zaheer Khan and by the looks of it, he had to work very hard on making that relationship survive the tests of time. He used to get out on Zaheer’s bowling irrespective of the bowl’s merit. He will get bowled by fetching a lose delivery from outside off and end up dragging it to hit his stumps or he will mistime a half volley only to be caught at mid-off. Zaheer Khan has had better of Smith on 13 occasions. Graeme Smith has himself acknowledged his failure against Zaheer Khan in his farewell tweet to Zaheer Khan on his retirement. 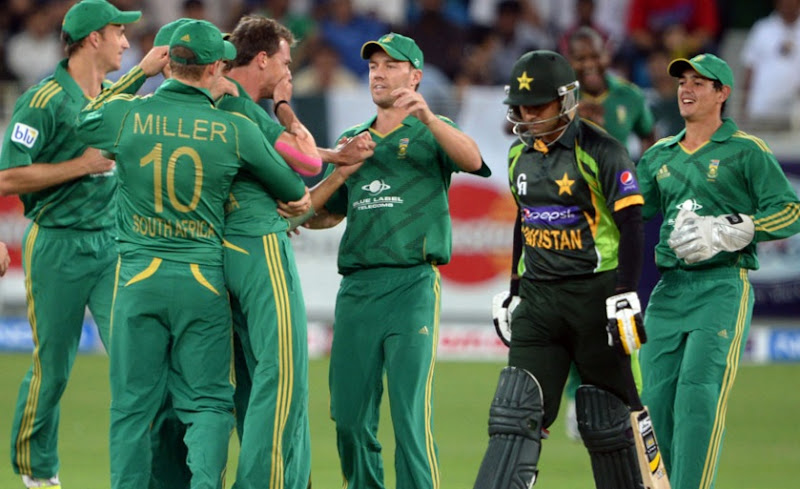 “Professor” is what his team mates call him in the dressing room but there is hardly any intellectual ability at show whenever he comes across South Africa’s Dale Steyn. This is one batsman about whom you can say with certitude that he has more of a mental or psychological problem while facing a particular bowler more than involvement of any technical incapability. Dale Steyn is nippy and a difficult bowler to handle in all sorts of conditions but Hafeez has this skill of making him look like an unplayable bowler. Hafeez’s vulnerabilities against Steyn became ever more prominent when Pakistan visited South Africa in 2012-13. In 28 matches that Hafeez has played against Steyn, he got out 15 times to Steyn’s bowling and is yet to make any sizeable score against a South African bowling line up which involves Dale Steyn. 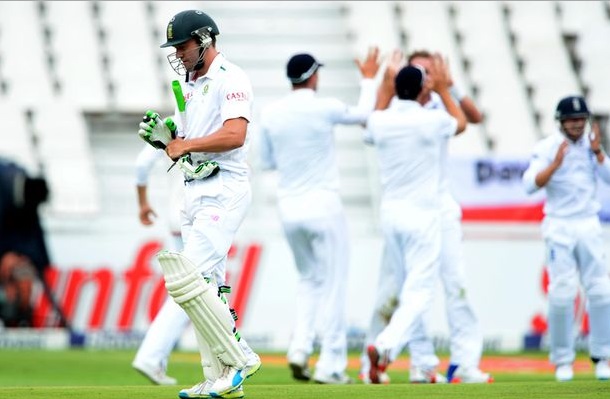 Scoring runs at will is a characteristic we associate only with AB de Villiers. He has a habit of making exceptional bowlers look ordinary through his outrageous shots. Not a single degree out of 360 lies outside his hitting zone yet a bowler has emerged who seems to have mastered the art of giving AB an early send away. England’s Stuart Broad has dismissed AB Devilliers 9 times. No other bowler has dismissed AB Devilliers so many times. Next in list is Australia’s Peter Siddle who has gone through AB’s defenses on six occasions. Broad averages 18.11 runs per dismissal against de Villiers. 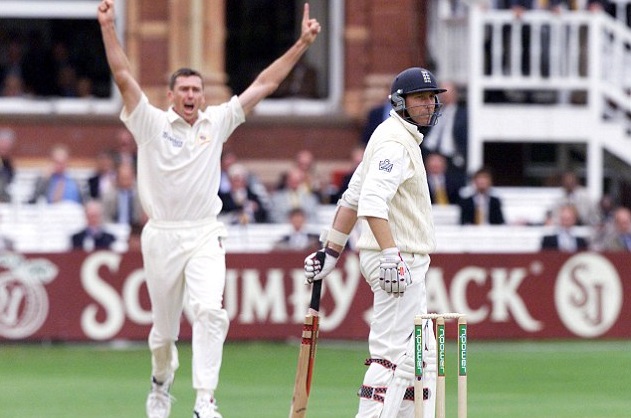 A respected commentator and former English Captain, Mike Atherton, was a bunny of Australia’s Glenn McGrath. McGrath was a seasoned campaigner with an ability to swing the ball both ways. On his day he would run through a batting lineup with his seemingly innocuous out swingers. McGrath got Atherton out a staggering 19 times in 17 test matches. This stat really tells the tale. The McGrath-Atherton affair is now a very well-known fact. Most of the times, Atherton would go back in the pavilion after giving a straightforward catch in the slips without really troubling the scorers. Atherton has shown similar vulnerability against West Indian pacer Courtney Wash.

Statistically Mike Atherton is the biggest bunny of them all:

No one come close to when we talk about a Batsman dismissed most number of times by a bowler. England’s Mike Atherton features 3 times in top 4 in such list. Below is a statistics in from test cricket and Glenn McGrath’s 19 dismissals of Atherton in 17 test matches stands out. He had similar nightmares against Curtley Ambrose and Courtney Walsh with 17 dismissals each from the big West Indies duo. 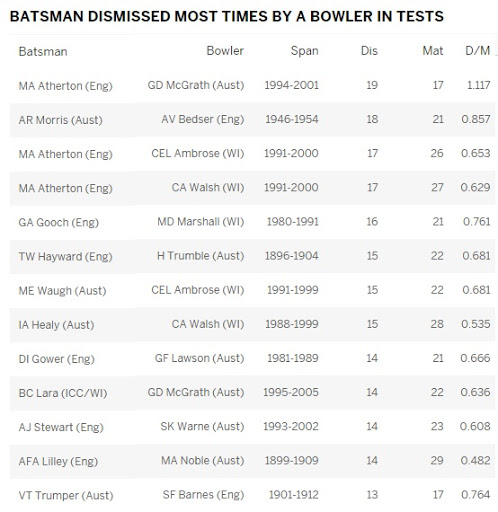