Injuries are considered as an inevitable element of any sport but when the game is being played with a 150 gram ball made up of solid cork and leather and being delivered at lightning speed, you should expect numerous broken jaws, fractured ribs and wounded heads. But the fact of the matter is that more serious injuries have materialized on the field of cricket by not just pace and bounce of the ball but also by the athletic and acrobatic stunts from the cricketers who in pursuit of giving their 100 percent on the field, often end up pulling a hamstring, twisting an ankle or fracturing their knees. There have been numerous instances when these injuries have proven more than ordinary hick ups and have ended up costing players their careers. There are quite a few players who have been victim of injuries in their career and let us go through few of them. 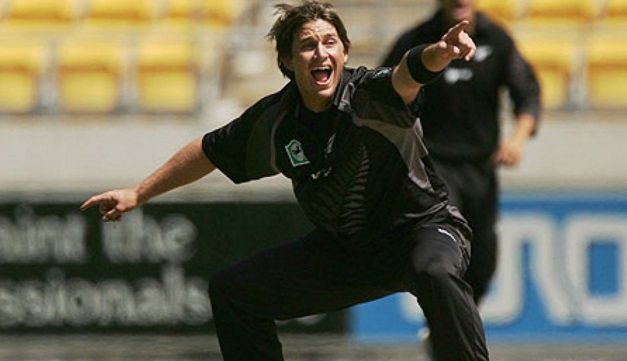 The speed star from New Zealand was renowned for his lightening pace. He was being viewed upon as one of the greatest after Sir Richard Hadlee. He is the fastest bowler to have emerged from the land of New Zealand. During his peak in 2003, this man was the real attraction in the world cup along with the likes of Shoaib Akhtar and Brett lee. He has ripped through quite a few batting orders. He represented the black caps for nine years but this doesn’t tell the complete story. During his patchy career he could manage to play only 18 test and 82 ODIS thanks to the fragility of his structure.
Time and again he had issues with his back. The most serious of which was in late 2003 when he had a surgery and his spine was transfused with titanium wire and was out for cricket for almost two years. Apart from these serious challenges, minute niggles were also frequent occurring which hindered his career. This speed merchant hung his shoes in 2010. 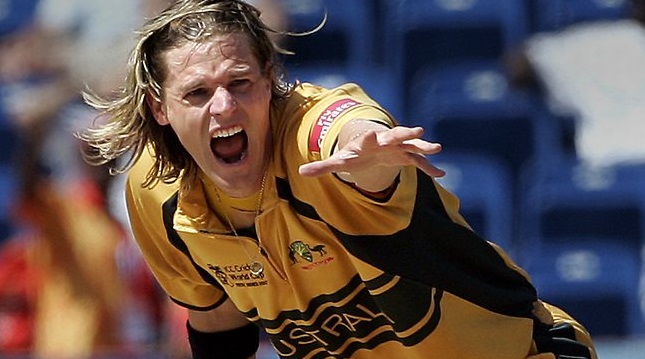 The left arm seamer from New South Wales was tall and well built with exceptional bowling abilities. He made his debut in Australian side in the era when they had great Mcgrath, Lee and Warne. He had the canny ability to move the ball back into the right handers. He was definitely a guy with promising future. He was ranked as number 1 ODI bowler in 2008 and also he was declared the Australia’s ODI player of the year in 2009. Like many other fast bowlers, he too had his share of injuries. But it was his knee injury that really curtailed his career and despite of fighting all the odds, he decided to leave the game and planned to have his knee operated. 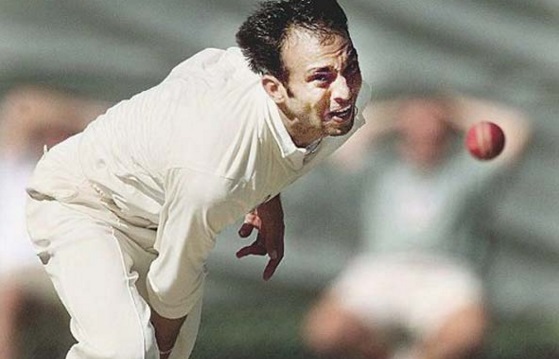 Pakistan has the history of producing great fast bowlers. Most of them have unearthed from the province of Punjab. In 90’s this pace bowling attack reached its crescendo and in those days it was considered almost impossible to penetrate into this attack. But surprisingly this lad from Gaggu Mandi made an impact in his debut test match against New Zealand with his ferocious pace and was and picked up 11 scalps. He was a genuine fast bowler with great heart and was viewed upon as a great prospect for Pakistan cricket.
He suffered a back injury in early part of his career and got operated. This kept him out of the game but when he came back in 1999, he could never make the same impact again. He could manage to play only 5 test matches and 11 one day internationals. He last represented Pakistan back in January 2003 and unfortunately could not make a comeback after that. 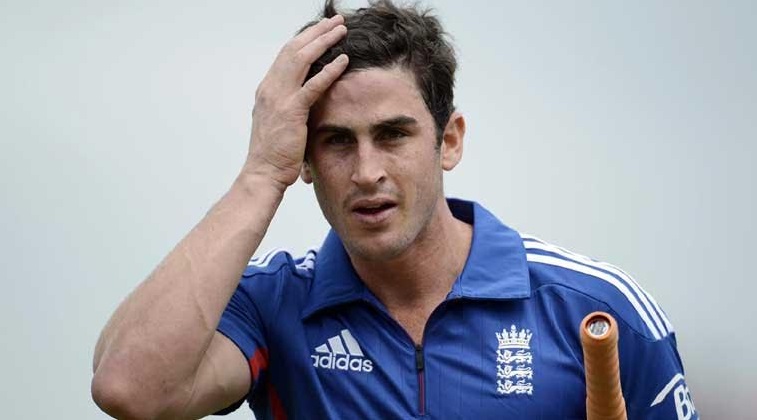 Born and raised in South Africa, Kieswetter played for Somerset in English county. Like few other players, he preferred England over South Africa for his international career and played 46 ODI and 25 T20 internationals. He was a hard hitting wicket keeper batsman who liked to play his strokes and had opened for England in T20 cricket. The highlight of his career was winning the T20 world cup in 2010 in Caribbean where he performed brilliantly along with Kevin Pietersen to clinch the 1st ICC title for his country.
In 2014 season of English county, Craig Kieswetter was playing for Somerset against Northamptonshire where he met a very serious injury that shattered his aspirations of an illustrious career. He received a bouncer which went through his helmet and hit him on the face. He suffered from a broken nose and fractured cheek bone. The injury was quite serious indeed but nobody expected it to be a career threatening one. But the later proceedings clearly proved the severity of the blow and Kieswetter tried his best to fight the ailment but the things never went his after that blow. He found it impossible to sight the ball and hence had to retire from all forms of the game. 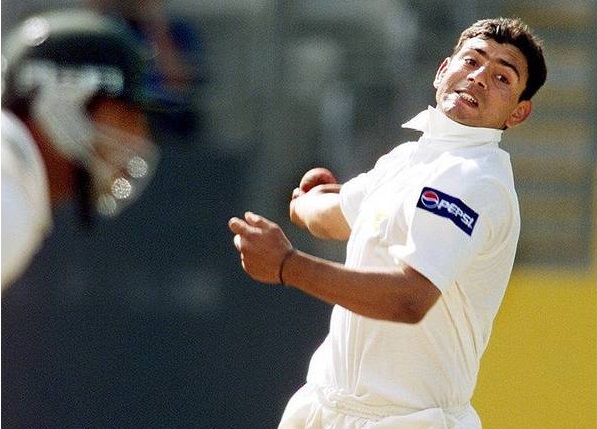 He was a wily character with a wide range of deliveries up his sleeve. Saqlain’s mixed bag contained the off spin, top spin, arm ball and the most potent of them all was the doosra. He is someone who resurrected the art of off spin bowling by inventing doosra. He changed the paradigm of off spin bowling and demonstrated that off spinners were no more going to be a run containing articles. He was the fastest to 100 and 200 ODI wickets.
He suffered from a knee injury and had a surgery in left knee in early 2004. He was out of international cricket for almost half an year before that. But in March 2004, Inzmam ul Haq called Saqlain Mushtaq back in to the side to play a test match against India in Multan. Even though Saqlain argued that he was not 100 percent to play the game, but Inzi insisted that he needed him in the team because of non availability of genuine off spinner. The match however didn’t turn out to be great for Saqlain because he got some serious hammering at the hands of Virender Shewag who scored 309. Saqlain ended up with dismal figures of 1-204. He was immediately dropped from the side and the worst part about that was that his injury exacerbated his right knee also underwent a surgery. However after this surgery, he could never make a comeback into the Pakistan team and that meant the end of his career. 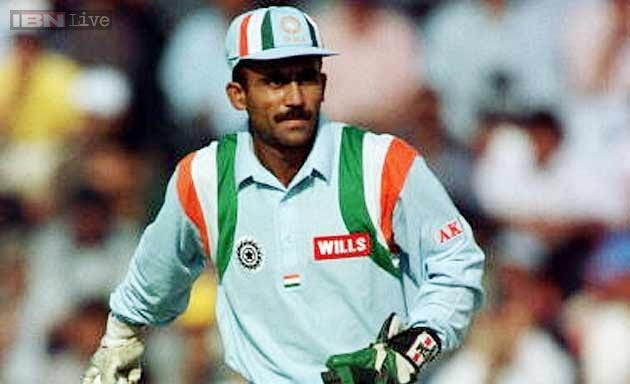 Saba Karim is one of the lesser known commodities in the international cricket. He played as a wicketkeeper for India but for not a long duration. His could never really find his place into the Indian team even after his debut in 1996. After the failures of the Indian keepers such as Nayan Mongia and Sameer Dighe, Mongia was called in to the Indian team in 2000 series against South Africa. It appeared to all of Indians that this was his chance to solidify his spot in the team but destiny had planned something else. In 2000 Asia cup at Dhaka Karim was standing behind the stumps when he got hit on the eye on the delivery of Kumble. He underwent a surgery but all this could not prevent this injury from finishing his cricket career forever and hence he never played again for India. 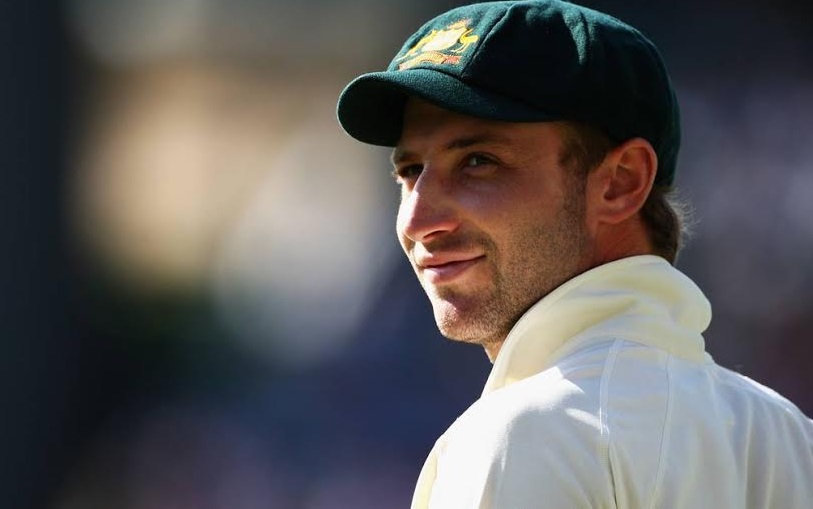 This gutsy left handed batsman from the South Australia was an elegant and promising cricketer with an illustrious career ahead of him. He played couple of seasons for New South Wales before making his international debut. His stroke playing resembled that of great Mathew Hayden and he was as effective as the two legendary openers Langer and Hayden.
His story of injury is very different from the rest of the guys mentioned here because his injury didn’t just cost him his career but his precious life.
In November 2014 at Sydney, while representing South Australia against New South Wales, He received a bouncer from Sean Abbot that hit him just below his left year. Receiving the blow, he immediately fell down and went into the state of comma. He was immediately hospitalized and the game was abandoned.
He remained in the state of coma for two days during which he underwent a surgery as well. But unfortunately the young lad a t the age of 25 was not able to survive this blow and died on 27th November 2014.
The news came out as a shock to entire cricketing fraternity and later serious concerns were raised on the safety of player and use of better safety wares for the players. But this incidence clearly proves the point that cricket is by no means an easy game to play especially when you are facing a steaming fast bowler.