Manuel Neuer and David Da Gea are currently regarded as the best goal keepers in the world. Manuel Neuer has already achieved so much with both Bayern Munich and his national side while Da Gea has all the ability to go on for atleast another 10-12 years at the top level football. How do they compared to some of the greatest goal keepers to have ever graced the beautiful game ? Here is a definite list of top 10 greatest keepers of all times.

Iker Casillas has won everything there to be won for a footballer. He made his debut for Real Madrid at the tender age of 17 and never looked back. 5 La Liga titles, 3 Champions League, 4 Copa Del Rey makes him one of the most decorated player in spanish domestic football.

At the international level he guided Spain to 2010 world cup win and two back to back European championship titles in 2008 and 2012. No goalkeeper in history of football has achieved so much what Casillas has done in his career. He might be nearing to lose his national team place to David Da Gea but he will go down as the greatest goalkeeper of all times. 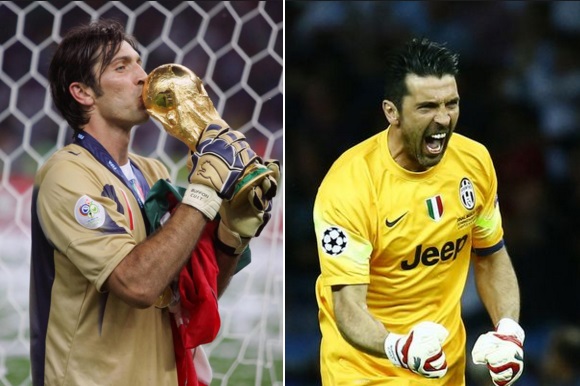 If it was not for Casillas, Gigi Buffon will be the greatest keeper in the last 20 years. He has so many records to his name since starting his career at the highest level with Parma. Juventus paid a world record fee of £32.5 million for a goalkeeper in 2001 to buy Buffon and since than he has been a rock for Juventus in goal.

Buffon guided Italy to World Cup 2006 triumph with the final win over France on penalties. He just turned 36 and still showing no sign of slowing down. 2014-15 was one of his best seasons with Juvenuts where they won the League, Italian cup and reach the final of the Champions League against Barcelona where Buffon was excellent. 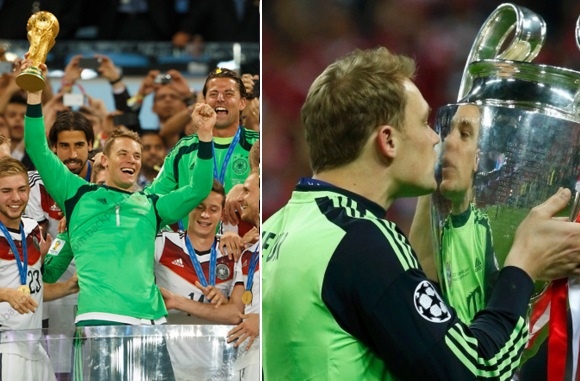 Started his career with FC Schalke back in 2006 and ws immediately regarded as the next great keeper for Germany and successor to Oliver Kahn. He made 156 appearences for Schalke before moving to Bayern Munich in 2011. Manuel Neuer has won everything there is to be won with Bayern Munich.

Since joining Bayern Munich he has not only won titles but have improved so much in all aspect of the game specially his superb sweeping and distribution skills. After finishing 2010 world cup and euro 2012 as best keeper of the tournament he guided Germany to their fourth world cup win in 2014. He is still in the peak of his career at the age of 29 and we can safely assume atleast another 5-6 years at the top of his game and he might go down as the greatest keeper of all times when he hang up his gloves. 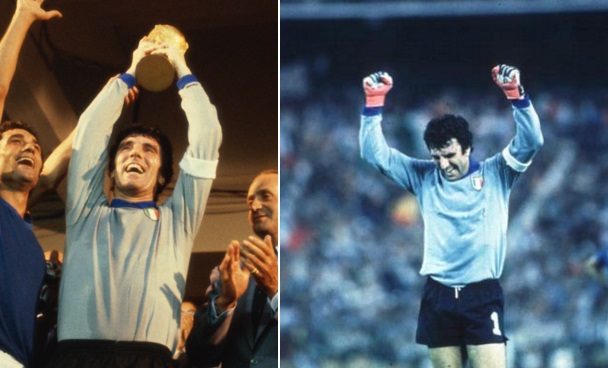 Dino Zoff was regarded the best ever before the likes of Casillas and Buffon came onto the scene. He played for number of Italian sides (Udinese, Napoli, Montova) but his longest and most successful stint was with Juventus where he won 6 league titles, 2 Italian cup and UEFA Cup.

Dino Zoff played for Italy from 1968 to 1983 and earned 112 caps. Highlight of his career was when he guided Italy to 1982 world cup win as captain and won the best keeper of the tournament award becoming the oldest player to win the world cup at the age of 40. He also won 1968’s European championship with Italy. 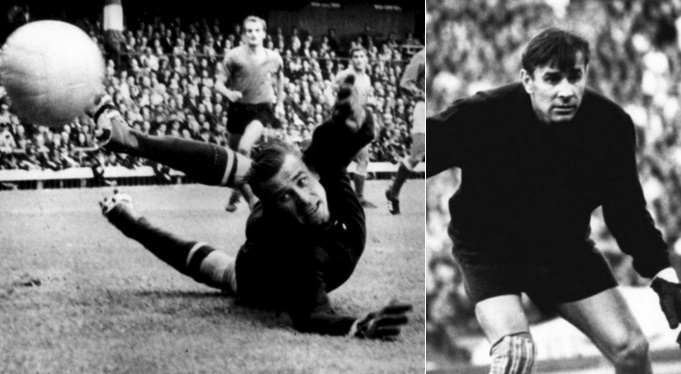 Lev Yashin was so good that the “best goalkeeper in world cup award” (Yashin Trophy) is named after him. He was a one club man and only played for Dynamo Moscow from 1950 to 1970 and won all the domestic honors with Moscow. He represented Soviet Union national team and won 78 caps and played in three world cups. International Federation of Football History & Statistics (IFFHS) regard him the best keeper of 20th century. 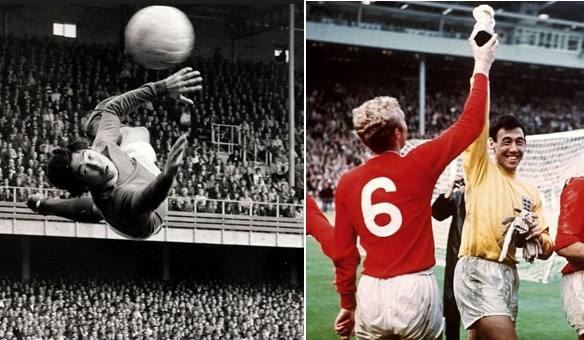 This might be a controversial inclusion as Gordon Banks lacks the winning medals of other great keepers in the list. But boy was he good if we just compare them purely on agility, reflexes and shot-stopping skills. His save of Pele’s close range header back in 1970 world cup is still regarded as the greatest save of all times.

High point of his career was with national team England when he guided them to world cup win in 1966 where he only gave away two goals in whole competition. 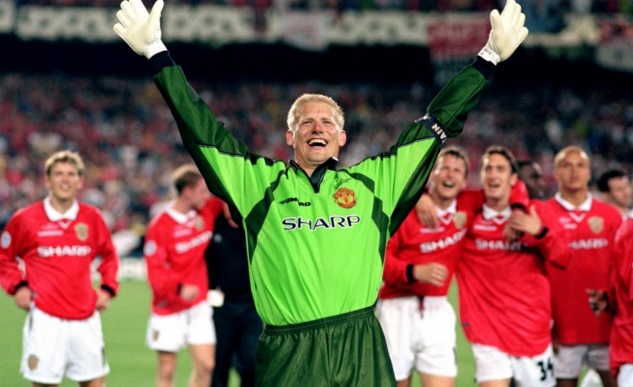 Probably the greatest goalkeeper to have played in rebranded premier league since 1992. Schemeical started his professional career with local danish clubs Gladsaxe-Hero before moving to Brondby in 1987 where he played four years winning three league titles and cup competitions. He moved to Manchester United where he spent highly successful 9 years from 1991 to 1999 winning 5 premier league titles, 3 FA Cups and the Champions League in 1999.

He was also part of Denmark national side which went on to win 1992 European Championship. In terms of technical ability he was one of the best and even with a massive figure of 6 ft 3 in he was quite agile. 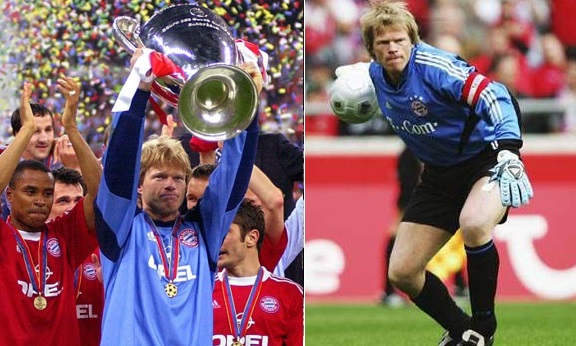 Probably the greatest one-on-one stopper Kahn had a massive presence in goal for both Bayern Munich and Germany. He become the only keeper in history of football to win “golden ball” Best player of the tournament award in 2002 world cup. Although he failed to keep Brazil away from winning the world cup final but Germany won’t be in the final if it was not for Kahn single handed performances.

He won multiple league and cup titles with Bayern Munich and highlight his Bayern career was that 2001 champions league final win over Valencia. He is widely regarded as the greatest keeper to have not win the World Cup or European championships.

One of the greatest player and certainly the best keeper for Germany post war era, Sepp Maier played for Bayern Munich and Germany national team from 1962 to 1979. He guided Germany to world cup and european championship titles while as Bayern Munich keeper won 3 european titles and 3 bundesliga titles making him one of the most successful keeper to have come from Germany. 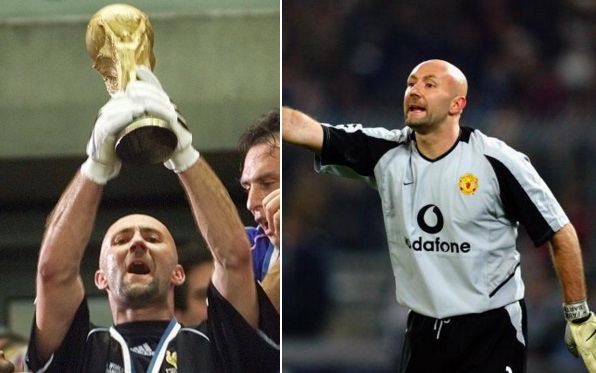 Barthez was technically not the best keeper but he had a major impact on France’s dominant era where they won FIFA World Cup 1998 and UEFA Euro 2000. Barthez represented  number of clubs in France most notably Marsielle and Monaco. He also had a four year spell with Manchester United.