A few days ago two England international footballers had to come out and clear the rumors about them being gay, first name was Ashley Cole and the later one is Luke Shaw who plays for Manchester United. But the history of gay footballers dates back to early 90’s although no top flight footballers has come out openly as gay in their playing career and thats largely down to the fear of managements, losing sponsors and the fear of fans backlash.

The first openly admitted case of footballer being gay dates back to 1990 when Justin Fashanu announced his homosexuality, which did not go too well for his career and he ultimately took his own life 8 years later in 1998. British media has been actively trying to find the next gay footballers since than. There are rumors in the media that atleast 7 or 8 footballers currently playing in english top flight but they have been warned and advised not to even think about revealing their sexuality in public because of the blacklash fears. Today we take a look at some famous cases of homosexuality in football and some current footballers who might be gays.

Justin Fashanu was the still the only footballer to have come out openly as gay and that was way back in 1990, he played for Norwich, Nottingham Forest and Southampton along with 15 other clubs in england and australia. It took 10 years for him to admit publicly that he is gay and he admitted in 1990. But as soon as he came out public he suffered terrible abuse from the fans everywhere he played and had to move clubs almost every six months. He took his own life in 1998 after he was accuse of raping a 16 year old boy. 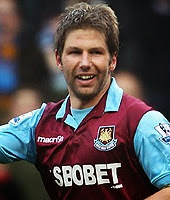 Know as “The hammer” by the Villa fans for having a deadly left foot, German International Thomas Hitzlsperger came out as gay in January 2014 after he retired from professional football at the age of 31.

Here is exclusive video of his describing what it felt like playing in England and Germany and why he had to keep the truth in closet. 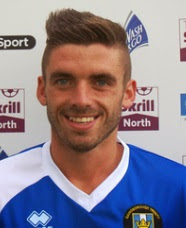 Semi Professional Football Liam Davis played in lower leagues of english football and he came out openly as gay in 2010 but suffered massive abuse from the fans.

He started his career with coventry city and currently playing with Yeovil Town. Liam Davis spoke with BBC Sports on the struggles of being openly footballer in english football the abuse of fans and why closet gay footballers are afraid to come out. 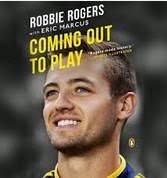 Robbie Rogers is an American footballer who played in english second division side Leeds United. Rodgers announced his homosexuality in 2012 and soon retired from football.

But he has reversed his decision and now currently playing with american side LA Galaxy. He also appeared in countless magazines in US and UK and describe why he came out public as gay. 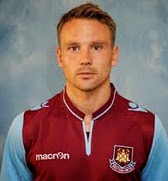 taylor has played for West Ham, Bolton and Portsmouth in premier league and he is one of the few footballers who is labeled as gay every now and than.

He has never confirmed it but many english newspapers has run stories of him being gay. There are also couple of pictures doing the rounds on internet in sexual encounter but never confirmed. 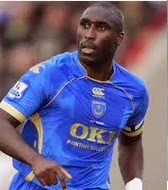 Another top players who played for two of the biggest London clubs in premier league, Arsenal and Tottenham Sol Campbell was abused throughout his career for being a “closet homosexual” but he has denied the allegations for so long. In a recently interview Campbell recalls that sports giants “Puma” were looking to endorse the very first openly gay footballer and they mistakenly contact him but the deal did not went through as he told them that he is not gay.

He also revealed why rumors started circulating about him being homosexual, one of the big one was that he did not bring his girlfriends to matches or special team dinners which lead to stories about him.

Its very unlikely that if there are gay footballers in english top flight that they will come out public for the sake of their careers but according to some british tabloids as many as 8 current footballers in premier league are gays. Of course the names are not revealed but we might see a few more names coming out after their playing careers.

What you think of stigma attached to homosexuality in english or world football in general ? do you think its a good idea for footballers to come out of the cabinet or this left as a private life decision and they should not be bothered revealing it in public ? let me know your thoughts on that one by using the comments box below.

I leave you with some names across european football in lower leagues both mens and women who came out public with their sexual preference.