It is hard to define what victory feels like. The elation, the ecstasy, that single moment of joy one feels after winning a game of any sport is irreplaceable. All these big stars in world sports that we see occupying our TV screens for major part of the day every day, I doubt if the start of the sporting career of any of these players was motivated by financial gains and fame. All of them genuinely loved the game and they started playing the sport for the pure thrill of it. They say nothing succeeds like success itself and nothing tastes like victory. Victory is addictive, you want to win every time you tread on the pitch but this quest has led many players into using dirty tactics for gaining unfair advantage over their competitors and we will be bringing few of such players in limelight who brought disgrace to themselves and their countries by using dirty tactics for winning.

He is piling one goal on another these days for Barcelona but that is not the only skill that keeps him in the news. Suarez has remained controversial throughout his career. Not many guys have had to face a ban for biting their opponents but Suarez is in a separate league of cannibals. Our guy here stirred a massive controversy in 2010 after he handballed a ball in the quarter final of FIFA World Cup 2010. Uruguay was taking on Ghana when in the very last seconds of the game Suarez used his hands to steer a ball from Dominic Adiyiah out of the net and saved a certain goal. Suarez’s goal keeper- ish actions earned him an exile from the ground in the shape of a red card and Ghana was awarded a penalty kick which they failed to convert in a goal. Later that night, Uruguay exited the stadium as triumphant team after defeating Ghana on shoot outs. Suarez was widely criticized for his actions and is still considered as a man who deprived Africa of its world cup dream but a rather unsportsmanlike act. 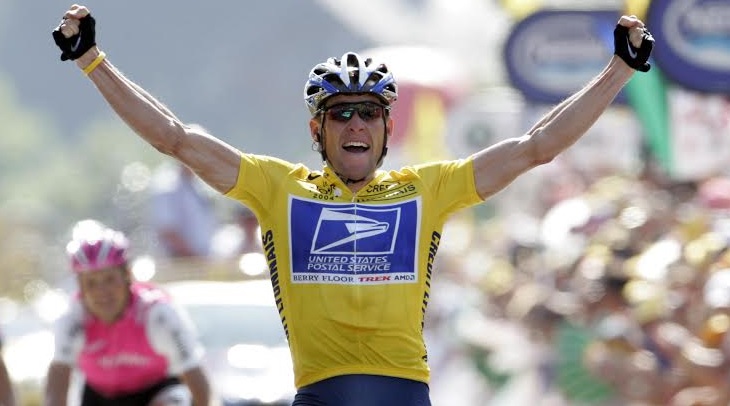 Very few athletes have achieved the zenith of their career with such authority as Lance Armstrong did and even fewer have seen a bigger fall from grace than Lance Armstrong’s. Winning Tour De France Race is no mean achievement and acing it seven times in a row as surreal as it gets. We have been talking about the guys who used dirty tactics for winning games but what about the guys who won entire tournaments using shameful ploys? From 1998 to 2005, no other cyclist could match Armstrong’s stamina and endurance as he won Tour de France for 7 consecutive times. Not to forget the Olympics Bronze that he clinched in Summer Olympics of 2000. International anti- doping agencies took some time in figuring out that all this time Armstrong had been using performance enhancing illicit drugs. In 2012, United States Anti – Doping Agency concluded that Armstrong was the ringleader of the most professional and successful doping program that sport has ever seen. In an interview with CNN, Armstrong confessed that some of the allegations against him might have been true. After the enquiry Armstrong was stripped off all his accolades and titles. 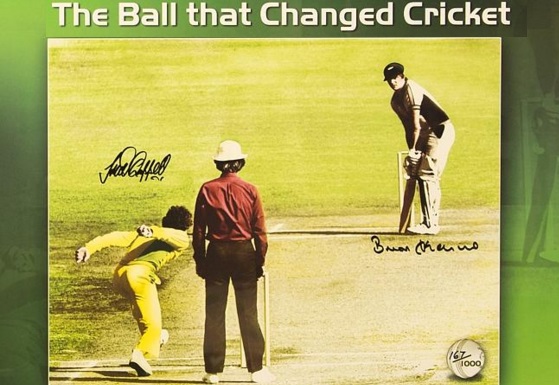 February has started to appear notorious for unsportsmanlike incidents as the incident I am about to unveil also occurred in February. On Feb 1, 1981, Australia took New Zealand on in the 3rd match of the 5 match series which was 1 all prior to this match. In the final ball of the match, New Zealand needed 6 runs for victory. In a dramatic turn of events, Greg Chappell who was captaining Australia’s team instructed the bowler, who happened to be his younger brother, Trevor Chappell to bowl an underarm delivery which would make sure that the batsman wouldn’t be able to get under the ball and the chances of scoring a six would be little more than zero. Bowling an underarm delivery was considered legal at that time but still it was frowned upon. While Greg and Trevor were going through the motions of committing this disgraceful act, their elder brother and former Australian captain, Ian Chappell was commentating and he was as taken aback by his brothers’ actions as anyone was highly critical of them. New Zealand lost the match but it was Australians who got lambasted by everyone. Even their fellow Aussies roasted them. Australian Prime Minister, Malcolm Fraser, called the act, “contrary to the traditions of the game”.

When Mexican boxer Antonio Margarito fought Miguel Cotto back in July 2008, he defeated Cotto in what many described as one of the most exciting and brutal fight of recent history. Margarito defeated Cotto in 11 round technical knockout win leaving Cotto almost on his knees at the end of the fight. But Margarito was accused of using “plaster-like substance” on his hand wraps not only against Cotto but also in later fight against Shane Mosley. Navada State Commission revoked his boxing licence for a year.

Miguel Cotto took his revenge on Margarito in the rematch where he stopped the mexican to complete and emotional win. to this date Margarito has denied any wrong doings. 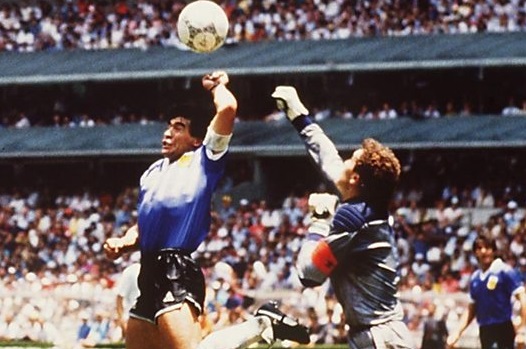 Maradona scored one of the greatest goal of all times against England in the 1986 world cup where he beat like whole English defense single handedly to score the most beautiful goal of all times. But in the same game he scored with what will go down as “hand of god goal” 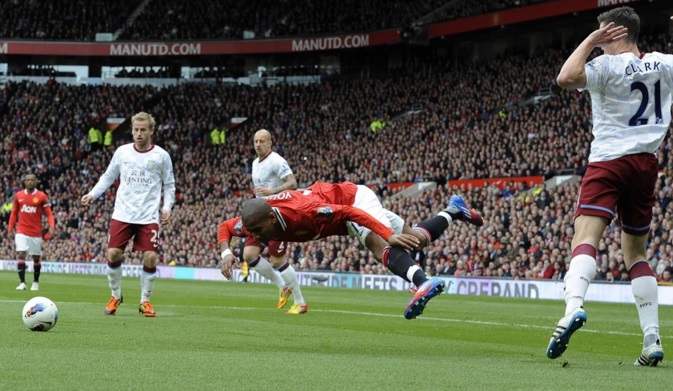 If you are attracting undesirable remarks from the legends of your club, then you mate are doing it the wrong way. Ashley Young has developed a reputation for diving without any solid reason and now even the referees are aware of his repulsive habit. Ashley Young had a theatrical fall in the early minutes of the game against Aston Villa in 2012, managing to win a penalty for Manchester United’s opening goal in a match which Manchester went on to win 4-0. Even Sir Alex Ferguson believed that Ashley overplayed the situation and tumbled to win a penalty. Aston Villa was rightly grieved at the decision but the damage had already been done. 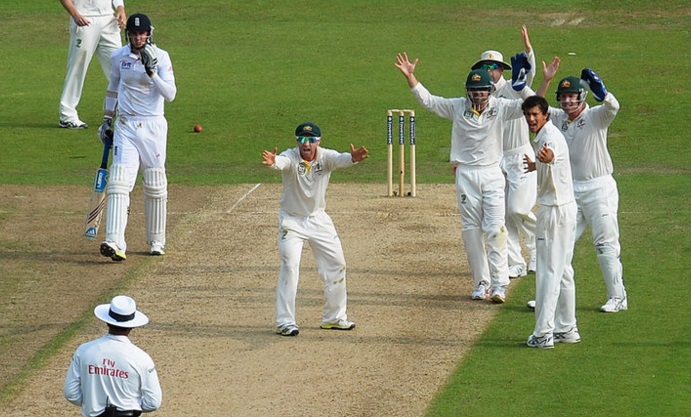 Broad has never claimed to be an innocent angel himself but still his act of not walking off the pitch after clearly edging one to the keeper, instigated great anxiety during the Ashes 2013-14. Broad was on 37 when the umpire failed to catch the edge of Broad’s bat and declared him Not Out. Much to the ire of Aussie players, Broad stood his ground and added another 28 runs which turned out be really crucial as Australia lost the match by only 14 runs. Broad displayed no shame on his actions and vowed to repeat the act in future if given the opportunity. 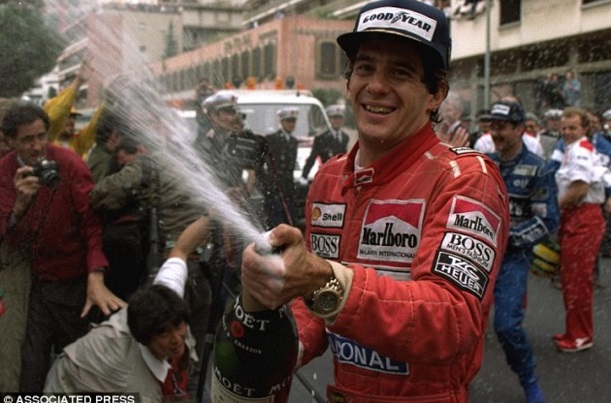 Before dying young at the age of just 34 years, Aryton Senna clinched the 1990 Formula 1 Season after a controversial collision with Alain Prost. Aryton was unhappy regarding the some pre-race arrangements and was of view that his adversary, Prost might be getting some undue advantage. He had announced prior to the race that he would attempt to take lead on the first corner irrespective of the consequences. He knew that even if he gets thrown out of the race at the cost of his escapade, he would still become champion since Prost wouldn’t be able to narrow down the points margin between the two if he too gets evicted from the race. Aryton collided into Senna, which sent both drivers off the track. Prost was livid with Aryton’s actions but couldn’t do much about them apart from calling his actions “disgusting”. 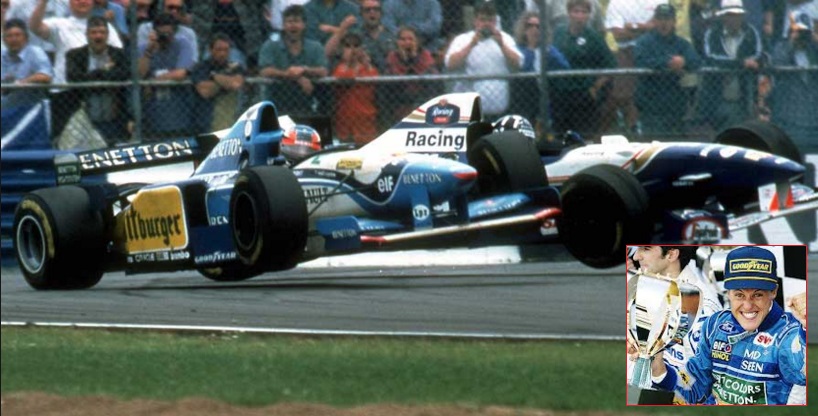 1994’s Australian Grand Prix became marred with controversy after Michael Schumacher, in what some called a blatant act of cheating, slammed his vehicle into close competitor Damon Hill. Prior this Grand Prix, Schumacher was leading the Driver’s Championship with 92 points. He was tailed in by Damon Hill with 91 points. Schumacher’s race ended immediately and Hill’s vehicle became damaged. The collision eventually meant that both of those drivers couldn’t score and Michael went on to win the championship. The title couldn’t suppress the calls of cheating though.

Lateef had a resoundingly clean career for Pakistan but he too has confessed to have used a dirty tactic in his quest to win a match for his country. In 2003 at Multan, Lateef claimed a catch of Bangladesh’s Alok Kapali which he clearly had dropped. Kapali’s wicket was important for Bangladesh and had Lateef not claimed that catch, things could have turned out to be little different for Pakistan which eventually went on to win that tight contest by a single wicket. 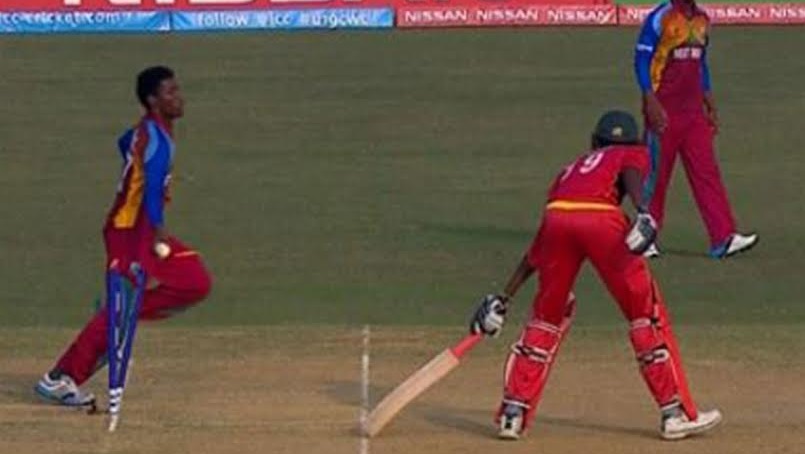 A name that game fame in the recent times for not so great reasons, Keemo Paul, was involved in a scandal which divided the cricketing world into 2 sections. In February this year, West Indies took on Zimbabwe in a crucial match of U19 Cricket World Cup. Chasing a score of 226, Zimbabwe looked on track of a victory before Keemo Paul pulled out an unexpected move out of his armory to snatch victory for his side. Keemo “mankaded” the 11th man of Zimbabwean side in the final over of the match resulting in a 2 run victory for West Indies. Mankading isn’t common in Cricket and is often deemed against the spirit of cricket. In this form of dismissal, batsman gets run out by the bowler if he is backing too much up prior to the bowler getting in his delivery stride. Keemo Paul was well aware of the technicality and made full use of it. With 3 runs needed of the last over, Zimbabwe had no care in the world and could have easily strolled to victory but that was not to be thanks to the cheeky mankading by Keemo Paul who got heavily criticized for his actions.