What is it so compelling to watch about these global sporting events that we – children and adults alike- get glued to our television sets when watching a final of FIFA World Cup or an Ab de Villiers innings? The majority would answer this question with a shrug of shoulders and simply saying “Cz we like to.” Yes we just like watching these events because we see our success in the team or individual we are supporting. We hope that our team or individual will achieve all what we could never achieve and might not achieve in another life as well. It is this same romanticism that makes Tour de France one of the most watched global sporting events. Yes, this event of sweating and paddling which sans over three weeks is one of the most watched event. So we have got few funny and few stunning, some grimace eliciting and some awe inspiring facts for you about Tour de France. 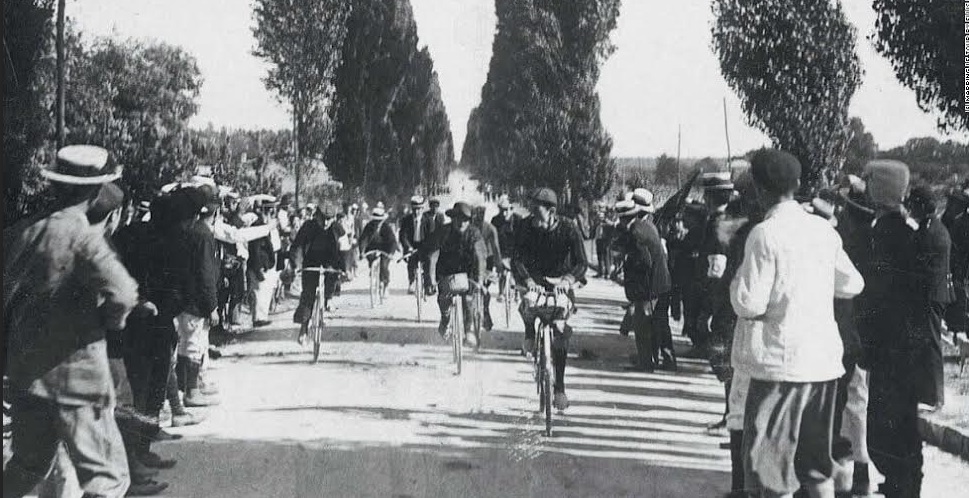 Not many people are aware of how this cycling fest got started. Its history dates back to 1903 when a smart owner of a newspaper named L’Auto came up with this idea of starting a cycling race in order to increase the readership of his newspaper. He, as pragmatic as might be, could never have possibly imagined that this race will go on to become an integral feature of France’s culture and a giant sporting event. The pioneer event had only 60 entrants in it and spanned over 6 stages.

We don’t get to see the fair sex competing in Tour de France now but there was a time when Tour de France opened its arms for female bicyclists as well. From 1984-1989, women competed for glory in France in an event named “Tour Cycliste Feminine”. The idea didn’t click much with the viewers so the organizers had to revert back to the classic only-men race.

Anyone with an iota of common sense and just a wee bit exposure to education knows that smoking is injurious for health and not the other way round. This stark reality wasn’t entirely known to the Tour de France participants in 20’s who believed that smoking helps open lungs so in the face of steep climb over the Alps they wouldn’t shy away from igniting a cigarette.

Cyclists paddle through the French Alps for 21 days but the event lasts for 23 days. That is because the organizers have allocated 2 days for providing these athletes with the necessary rest. But what do you think they do on these rest days? Play video games and sip the famous French wines as they surf on internet? Hell no. They do what they do best. Bicycling. Yes, the participants on average ride for 2 hours even on rest days just so the Lactic Acid doesn’t accumulate and preclude them from exhibiting their best performance on the following day.

The Money Game at TDF

The overall prize money has been augmented to 2.03 Million pounds while the winner will
4, 50, 000 pounds alone. Not so alone as this money gets distributed in the team the winner is from. Generally each team has its own formula for distributing this money and it’s not just the riders who get their share but also the mechanics and other support staff.

Albert Bourlon is the man who had the longest solo breakaway in the history of Tour de France. In 1947 in first edition of the competition after the war broke out in 1939, spent 253 kilometers alone in front of everyone on a stage from Carcassonne to Begneres – de – Luchon. Bourlon had remained a German prisoner during the war before he escaped to Romania and this stage was his solitary Tour de France stage victory.

In 1919, only 10 participants completed Tour de France. Although the percentages have spiked now despite the increased difficulty of the race, still only a chunk of competitors complete the race with a number of participants abandoning the race at some stage.

13000 policemen are on duty for the slick organization of event every year. These policemen are an important part of this prestigious sporting event and can be spotted riding in front of the packs of bicyclers or standing guard on the sides of the tracks.