Once again summer heralds the start of an action packed season for sports fan with multiple small and large events scheduled to be held in it. The biggest of them? Euro ’16. Every summer there is one or more events that are so captivating that we can’t wait for them to begin and this time around it was Euro ’16. Played after every 4 years, Euro Cup is the second biggest footballing tournament at international level involving teams from across the Europe. But the fans, they are not limited to Europe. This tournament has widespread audience across the world even in non-footballing nations. Euro ’16 is in its full swing by now and awe have seen some tremendously beautiful football already. There have been some last minute heart breaks for some countries and few were able to redeem themselves in the dying moments of the games. How about we take you on a small ride giving you a brief glimpse into some of the most controversial moments form the Euro Cup’s history? I personally find it pretty dull to read about moments of play that occurred in early 1900s when the scientists were still figuring out the processes for synthesizing tissue papers let alone had developed high definition cameras. So we will try to keep our post relatively fresh with fresh incidents. 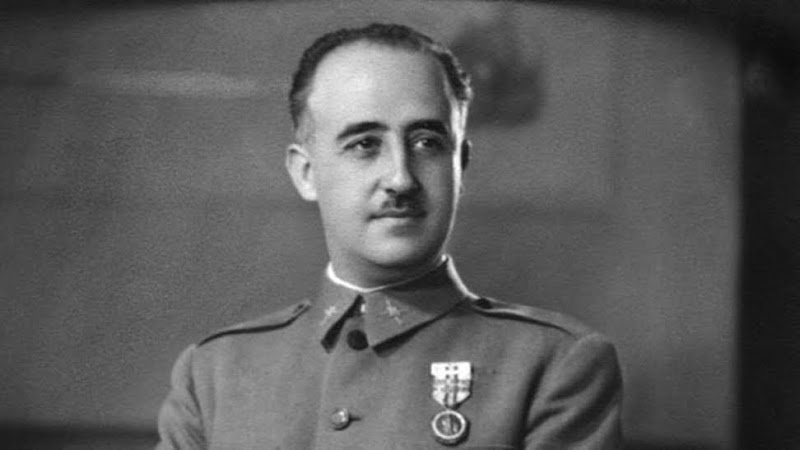 The inaugural edition of European Championships was marred by political withdrawals and related controversies. The event’s anatomy was anything like the Euro Cup as we know it today. 17 teams participated in the event with had legs in the knockout stage. There used to be massive time lapse between the two legs. Spain, with what would be later called as their all-time best team, had the services of the likes of Paco Gento, Laszlo Kubala and the current and future Ballon d’Or winner Alferdo di Stefano and Luis Suarez. After failing to qualify for the last world cup, Spanish players were determined to knock a strong Soviet Union out of the tournament in their quarter final play off scheduled in their opposition’s homeland. But just two days before departing Soviet Union, they got the message from Spain’s famous dictator, General Franco, barring them from travelling to Soviet Union due to political rifts with the country. Spaniards felt robbed off a chance to glorify their footballing history by none other than their own ruler in what became a largely controversial move by General Franco.

Allegations of Racial Divide Within the Orange – 1996 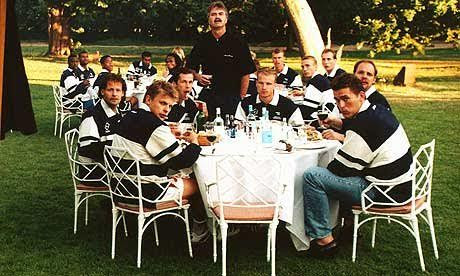 Netherlands were shown the road to home by French after winning the quarter final on penalty shoot outs. As if the defeat wasn’t enough for the Dutch fans to mourn for, they got the deeply worrying news of prevalence of racial discrimination in the team that fielded for their country in 1996’s Euro Cup. A famous photograph showing the black members eating on a separate table in the hotel than the rest of the team sparked a wide scaled debate arousing concerns regarding racial discrimination in the team. Many hailed these differences as the cause for Orange’s terrible show of performance at the mega event. On their course to the quarter finals, the Dutch team had to wade through humiliating defeats at the hands of the Brits. Later reports suggested that the Holland row was more over money divide then racial injustices. Still it was too late to stop the media houses from having field days with the topic of discrimination. 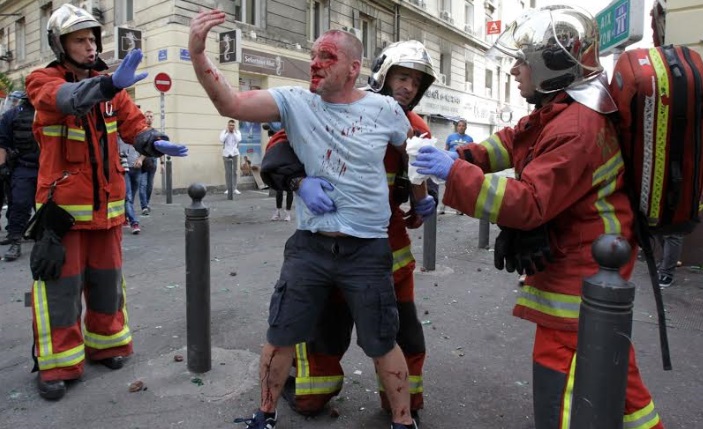 The latest Euro Cup has been marred by violent clashes between the Russian and the English supporters. In what seemed some very intentional and organized clashes, Russian hooligans took no half measures in making their English counterparts know who were the tougher of the two. Some sources revealed that these incidents resulted in a number of fans from both sides to be deported from France. In a 1-1 draw between Russia and England, Russian fans went a tad too ahead of the red line and assaulted few English fans in the stadium at the end of the game. UEFA was forced to slam a suspended disqualification and a fine of 1,50,000 Pounds on Russia with a warning that anymore turbulences created by Russian fans will result in Russia being thrown out of the Euro Cup ’16. 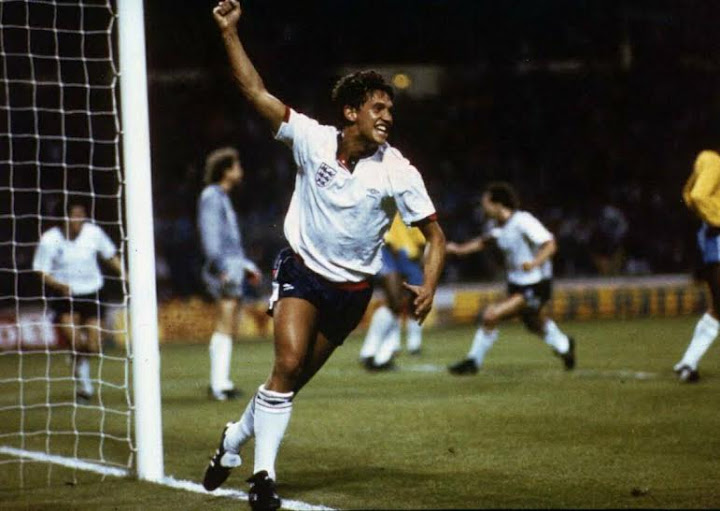 England were drawing 1-1 with Sweden, Gary Lineker was playing what could be his last international match and was one goal shy from Bobby Charlton’s England Record when Graham Taylor, out of the blue, made the call of substituting Lineker with Alan Smith. Lineker was disgusted to his core by the call and didn’t even look to his manager. England ended being defeated by Sweden and Graham Taylor had a restive time explaining his move to the media. 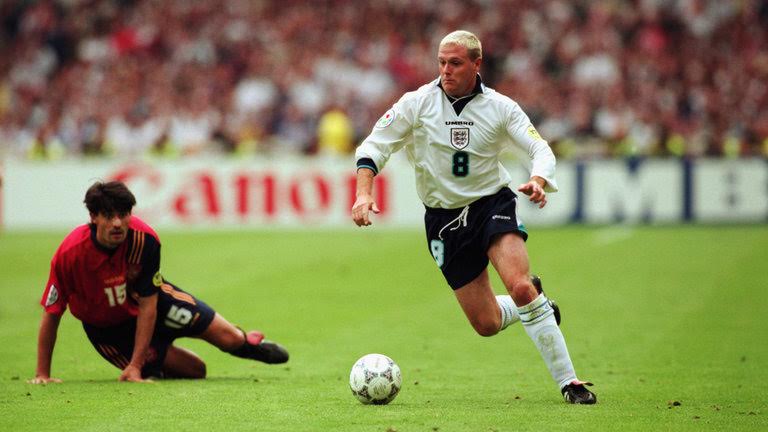 There was a time when the home team getting a decision or two in their favor used to be something which wouldn’t get people’s eyebrows raised and this game is definitely from those times. But even for those times, the decisions made in this game were appalling to say the least. Spain’s Julio Salinas had a goal ruled out despite the fact that he was clearly onside. Later Salinas had his say “We were not only playing against 11 players and 70,000 fans but also 3 officials. It was impossible to win.” 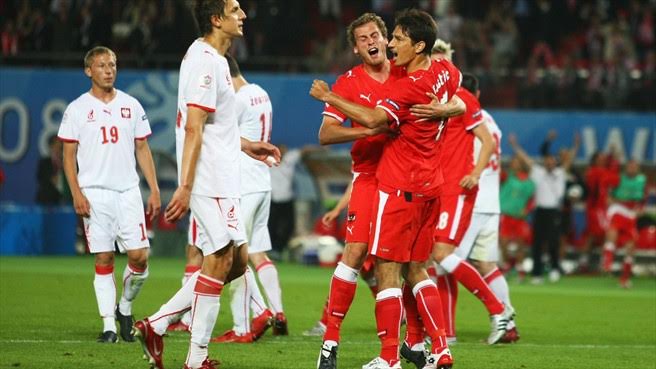 The Austrians thanked their stars after Howard Webb, as notorious as he is, decided to award Austria a highly controversial penalty kick in the dying moments of the game. Austria made full use of the opportunity and managed to get a draw for themselves eliminating Poland form the cup. This decision generated widespread cries. 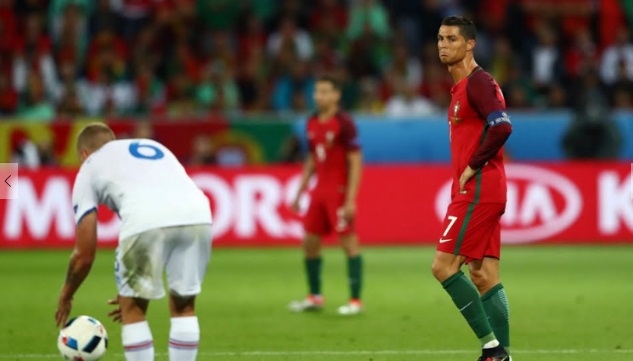 CR7 found himself in troubled waters after ranting against the minnow Iceland which succeeded in carving out a draw in a game with Portugal. A visibly irritated Ronaldo might have wanted to mince his words a bit when he accused the Iceland players of having small mentality and defending throughout the game. Ronaldo believed that Iceland hadn’t shown any real intent for winning the league game to which Icelander players responded vehemently severely criticizing Ronaldo. Iceland became the country with smallest population to have qualified for the tournament and is a country where football is founding hold right now so Ronaldo’s lashing out didn’t go fine with a lot of people around the world who just blamed the Real Madrid for not being able to control his frustration engendering from his poor form. 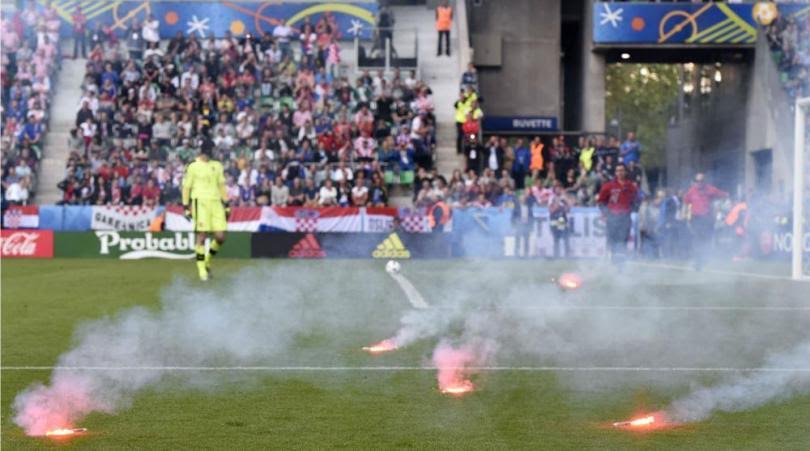 In a league match between the two countries which ended in 2-2 draw, almost dozen of flares ended up on the pitch when members of crowd turned on each other. In an extra ordinary turn of affairs, a section of Croatian fans in the ground attempted to disrupt the match when their team was leading the match by 2-1. Their actions depicted how deeply alienated they had become from their own home team and in their bid to register their protest against the administrators of Croatian football, Zdrakvo Mamic & Damir Vrbanovic, they started throwing pyrotechnics on the pitch. Some in Croatia blamed the disrupters for decreasing the moral of the team which ended up drawing a match against Czech Republic which they at one stage were winning. 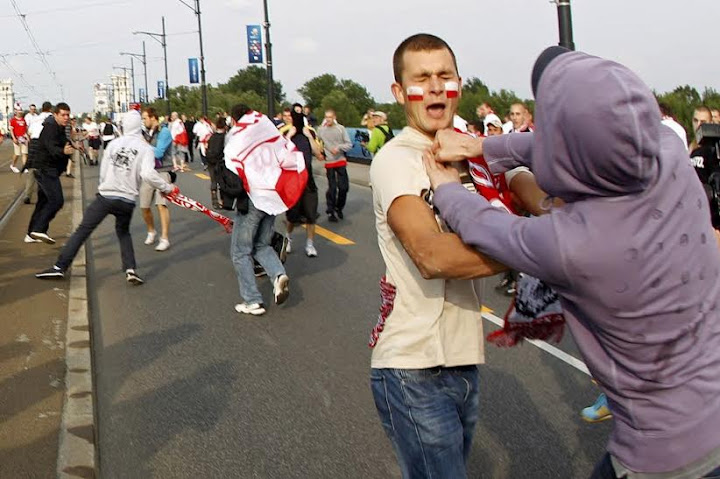 Riot police in Poland had a very hectic day dealing with the rioters who run amuck the day of the match between Russia and Poland. The match coincided with Russia’s National Day and almost 5000 Russian fans staged a walk in the face of polish fans. Since Russia and Poland don’t enjoy overly warm relations, emotions ran high and blood flew on the roads. Police had to arrest almost 183 people to maintain the peace. The match drew at 1-1 and the unrest caused by violence made headlines instead.