Manchester United has become the outright most successful club in English football winning their 42 major title with a win in 2017 Europa League final. They now lead the major trophy count with 42 titles to Liverpool’s 41. 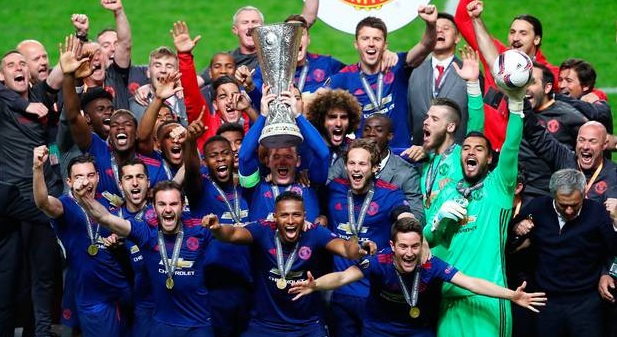 Manchester United beat Ajax in the final of 2017 UEFA Europa League to win this trophy for the first time. With that they become England’s most successful club in terms of major honours won. United now lead Liverpool 42-41 as far as major trophies are concerned.

Manchester United has dominated English football for best part of last two decades winning 13 league titles, 2 Champions League and a few other domestic and european crowns. As far as major titles are concerned United now leads Liverpool and become the undisputed most successful club in English football. We take a look at top 20 english clubs according to major titles.

Lets take a look at some of the other English clubs who have won multiple titles in history of English football. We have onlly included the major trophies like (Division 1 titles, FA Cup, League Cup, Champions League, UEFA Cup and FIFA Club World Cup)