All top sports in the world require extreme practice, good work ethic and most importantly natural talent and Skill for a player to go professional at some sort of elite level. If you put in some effort, learn the game, practice regularly you can be decent at any sport but when it comes to reaching competitive levels of top players in certain sport you need much more than just practice. Some sport are easier to master while some require extreme technical abilities we discuss some of the most technically demanding sports in the world.

“Technique” is a skillful or efficient way of doing or achieving something”. Sometime while watching live sports you might have heard commentator saying a certain player “has excellent technique”. Top play any top level professional sport you have to be incredibly fit, you got to have stamina, endurance, strength and power but when it comes to technique we are talking about efficient way of executing a skill. lets see top 10 most technical sports in the world.

A golf swing is probably composes of four major parts. 1) Grip, 2) Posture/setup, 3)Take away/backswing, 4) down swing and follow through.

All these parts flows in a single action and top professional golfers require absolute best technique to be competitive at the highest level. You see unlike many other major sports in the world, in Golf top players can play at professional level for many more years compared to lets say more physical sports like Football, Rugby, Hockey etc.

Top level MotoSport just like Golf don’t require much physical strength and power etc what it does require however is greater technichal and analytical abilities specially if we talk about Formula 1. F1 cars can reach as much as 370.1 km/h (229.97 mph) while on average speed is around 185.44 km/h (115.23 mph) depending on the circuit/track. Some circuits require much more technical ability due to more corners. Monte Carlo circuit in Monaco is often described as the hardest and most technically demanding circuit in F1 where drivers abilities are push to limits. 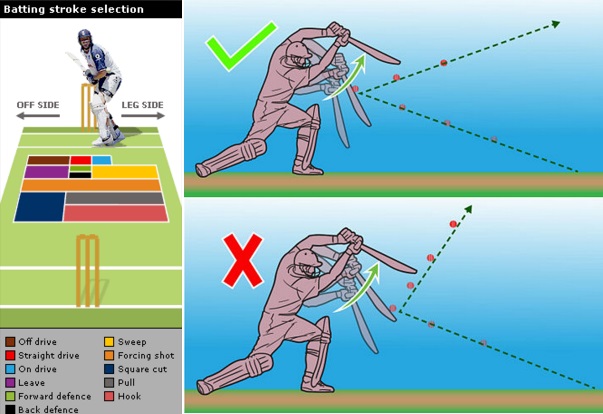 Now cricket like golf is often described as one of the most boring sports specially its test cricket (5 day format) but it is also one of the most technically demanding game. If you don’t know much about cricket stop reading I can’t explain the sport in such short description. For the ones who are aware about cricket will most likely agree with as far as batting on seaming/swinging conditions is concerned.

A top quality international level fast bowler, cloudy day, green pitch and the first day opening session of test match is the ultimate test of a batsman’s skill and technique. Take a look at the follow video to see what I am talking about.

Pitching might seem easier skill for people who have never played the sport. But in really pitching requires so much technical ability to reach a competitive level in MLB.

Pitcher generate power and strength to throw a ball at around 100 km/h after excuting one of the most technichal skill starting with getting your posture and shoulder angles right, moving into the stride, starting generating power from your backfoot and bring it all the way landing foot and getting it all out with a arm rotation in one single flowing move.

Overall Tennis is one of the hardest sport in the world and there are some shots which require greater technique and sill levels than almost any other sport. When we talk about top level tennis and players like Federer, Djokovic and Nadal etc they rely on their incredible technique to be successful over longer period of times.

There is a shot termed as “tweener” where tennis player play the shot from between his legs. Roger Federer has done this on the highest level for countless times. Below is the video showcasing Federer top 10 tweeners.

Now these are individual games and require much more than just a good technique. You need to be incredibly fit, crazy amount of practice and some god given talent and physic to be successful in Gymnastic or even in the olympic diving. Gymnastics is also considered as the one of the most difficult sport in the world.