Since its inception, Formula 1 has remained among the most dangerous sports disciplines in the world. With the drivers essentially required to maintain an athlete like fitness due to the high demands of driving the car, it has widely been acknowledged that F1, is a sport for the younger generation.

More so, with the arrival of the likes of Max Verstappen, Formula 1 has been getting younger and younger. But this does not mean that it is has always been the case in Formula 1.

In fact, time and again, drivers much older than their contemporaries have gone on to win world championships. Here is a look at the oldest world champions in Formula 1. 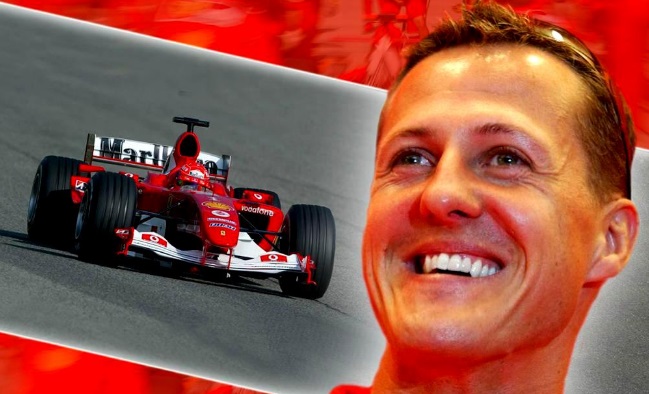 Almost universally regarded as the best Formula 1 driver of all time, Schumacher in total won 7 world championships in his career. His world title in 1994 had also made him the second youngest world champion at that time (still ranked fifth currently in that list) defeated by Emerson Fittipaldi only by a few weeks.

Besides the two with Bentton in mid 1990s, his run of five successive world titles with Ferrari began in 2000. This run continued until 2004, when he claimed his seventh and final world title in 2004 at a ripe old age of 35 years. He is the most recent entrant on this list.

In what was an eventful career, Lauda took the world championship three times. His first two titles came with Ferrari in mid 1970s. But during this time, Lauda perhaps became more remembered for his rivalry with James Hunt and his comeback after a nearly fatal accident at Nurburgring.

Initially, Lauda had bid adieu to the sport in 1979, but unexpectedly made a comeback with McLaren in 1982. Through his sheer wits and will power, he went on to achieve another world title in 1984, while he was 35 years of age.

This feat bears even more significance, because he won the title against a much younger Alain Prost and that by hardly believable margin of half a point. Lauda is and will always remain a legend.

Hill’s father too had been a World Champion, so it is obvious to think that the road to F1 would have been easier for him. But the reality is quite different; the untimely death of his father had brought the Hills family into much financial difficulty.

In order to support his education, Hill had to take up several part time jobs. Further he took up car racing only in his early 20s, having concentrated earlier on bike racing.

Even with his late arrival in car racing, Hill steadily continued moving up through the ranks in junior formulas, until finally getting his breakthrough when Williams signed him up as test driver for the 1991 season.

But it was only in 1993 that he got a racing seat, alongside experienced driver Alain Prost. The following year he was partnered with another world champion Ayrton Senna.

The untimely death of the Brazilian at San Marino, brought the major burden of moving his leading the team on his shoulders.He took up and delivered on this challenge convincingly by winning the world title in 1996. By this time he had reached 36 years of age.

His feat becomes even more commendable due to the fact that he started car racing quite late in his life, especially in comparison to his contemporaries.

The Italian born American had initially concentrated majorly on his motorsport career in the United States, with sporadic participation in Formula 1. Finally it was in mid 1970s that he signed up a full time contract with Team Lotus.

In the radical Lotus 79, Andretti dominated the season and won his only world title in 1978 at 38 years of age, but the celebrations remained subdued due to the death of his teammate Ronnie Peterson only a few races earlier at Monza.

The Professor, as he was famously known during his racing years, remained the dominant force in Formula 1 with Mclaren through much of the 1980s, winning the world title on three occasions with them.

On a sabbatical in 1992 after leaving Ferrari the year before, Prost signed up with the dominant Williams Team replacing Nigel Mansell in 1993. That year, the Frenchman dominated the season to clinch his fourth and final world title at the age of 38 years.

The Englishman had become recognized among the top drivers in 1980s during his time with Williams. But unluckily, he had never been able to clinch the world title despite coming agonizingly close in 1986 and 1987.

After a brief stint with Ferrari in late 1980s, Mansell returned to Williams in 1991. The following year, after a highly dominant season which included nine wins, he finally succeeded in getting that elusive crown, achieving his first and only world title at a ripe old age of 39.

In a career spanning almost two decades, Hill won the world championship twice. If that is not enough, he remains the only driver ever to have won the Triple Crown of Motorsport that is the 24 Hours of LeMans, the Indianapolis 500 and the Monaco Grand Prix.

His first world title came in 1962 with BRM, but after this, several seasons proved unlucky for him and also the meteoric rise of Jim Clark in mid 1960s further proved a barrier for him towards more title success.

But in 1968, when Clark, his teammate by this point, was tragically killed, it was Hill who kept the morale of the team high and continued the team’s winning form by claiming an emotional second world title at 39 years of age.

The first Australian to win the world title, Brabham will forever be endeared into motorsport folklore through his unique achievements.

Brabham earned his two consecutive world titles in 1959 and 1960 with Cooper, where he both drove and took part in constructing the car, before finally moving on to form his own team.

During the time he won the world title he had been 40 years old and by the end of 1970, he retired from the sport.

Before World War II, Farina had been a highly recognizable name in European motorsport, especially in Italy.

A much older Farina, in his forties, still chose to continue participation in motorsport competitively.

One of the greatest F1 drivers of all time, Fangio clinched the world title five times with four different teams.

By the time he achieved his fifth and final title in 1957, Fangio had reached a ripe old age of 46. By far he remains the oldest world champion, his feat at such an old age is perhaps near to impossible for anyone else to emulate.

Although currently there is no driver who is in his late 30s, but with the improvement in technology and the comparatively less strains involved in driving a Grand Prix car nowadays, it will come as a no surprise, if we see a driver who clinches the world title in his late 30s or even early 40s.

This can further be proved through Michael Schumacher’s stint at Mercedes for three years when he was in his early 40s. Although, arguably he did not perform as well as used to when he was in his prime, but nevertheless his performances were commendable against a much younger Nico Rosberg.

Taking into account the current grid, perhaps Fernando Alonso might be best placed to achieve such a feat. The Spaniard considered to be approaching the end of his career, still shows no signs of slowing down.

His determination over the years has seen him perform fantastically well even in inferior machinery, his performances in 2009 and 2014 bear further testament to this. In fact while his contemporaries have had a few sub par seasons in between during their careers, but it has been Alonso who has performed upto the limit in every season and in every machinery he has been given with.

Thus, maybe due to this determination, perhaps he might be able to extend his career well into his 40s that is, only if he has the will and wish to go on. Although indeed such a scenario is unlikely, but who knows, no one thought that Michael Schumacher would retire at 43 years of age and that too after recording a pole position (which indeed he had to give up due to a penalty) and a podium finish in his last year.