I am unaware if any sports psychiatrist has penned any piece rationalizing the decision of so many players pinning their retirement dates with major events. Cometh a world cup or Olympics and we get names enough to compile a list of the retiring players and this Euro Cup is no different. While not many footballing stalwarts have explicitly announced the dropping of curtain on their international career. Still it is quite evident that few of the big names might be playing their last Euro Cup and may not wound up with the team showing up for the next Euro Cup. 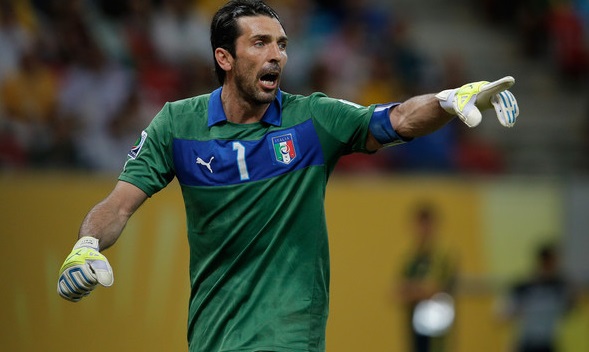 His role can’t be underappreciated in Italy’s winning campaign in FIFA World Cup 2006. He is 38 and plans to play the next world cup in 2018 at Russia and he may as well realize his plans if he remains fit as his age has yet to show any impact on his performances. But it will be a long shot for him to stay till the Euro 2020 so this might be the last European Championship for this veteran. 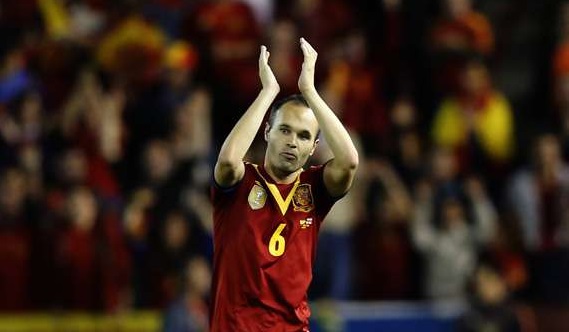 He first surfaced as a child prodigy who had everyone jumping at their seats at the prospects of seeing him represent Spain one day. One of the wizards who architected Spain’s World Cup victory in 2010 through their dazzling spells of eye catching football, Iniesta hinted that this might have been his last Euro Cup after Spain succumbed to Italy in the Last-16. Just last Euro Cup, he had had his hands on the player of the tournament award and it is almost gut wrenching to perceive the next Euro Cup without him. 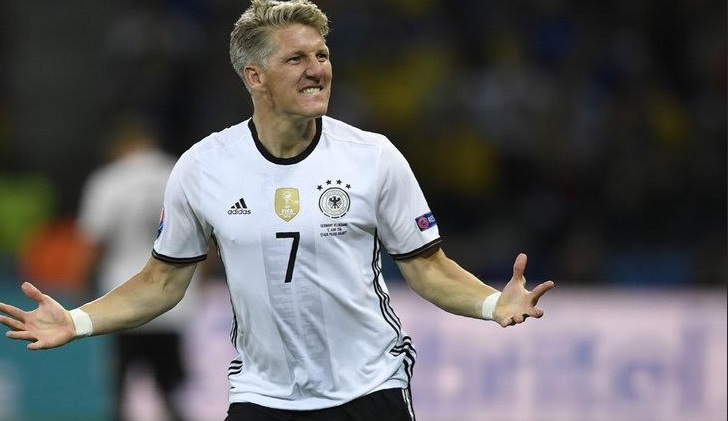 The only appearances that he has made in Euro ’16 have been in supporting role, coming off the bench. But even that couldn’t desist him from scoring goals. The Manchester United player has had a bad past year or so as his injury precluded him from remaining in action after a wonderful World Cup 2014. He is 31 and one may think that he may be able to eke out another big tournament but his inability to extricate himself from the injuries means that this might be his last big tournament with Germany. Only Klose (37) has appeared more times for Germany in major tournaments than Schweinsteiger (36). 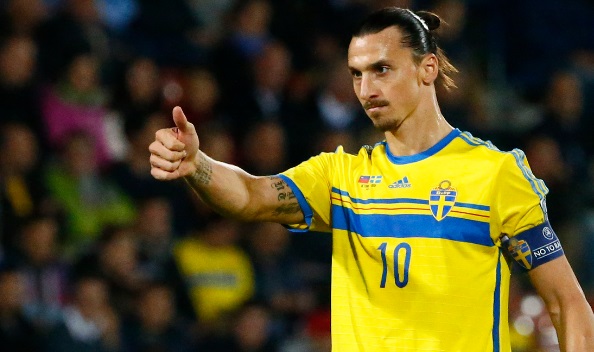 He finished his last season with Paris Saint-Germain as his personal best as a professional as he scored 38 goals in 31 appearances making it 1.23 goals per appearance. Before the dismal end to Sweden’s campaign this Euro Cup, Zlatan had already announced that it would be the last time he would dawn Swedish colors so in his case we are sure that we won’t see this social media darling in Euro 2020. He scored 62 goals for Swedish National Team and despite the fact he couldn’t send a single ball towards the nets he feels proud for having represented Sweden and for having made all the fantastic memories with the team. 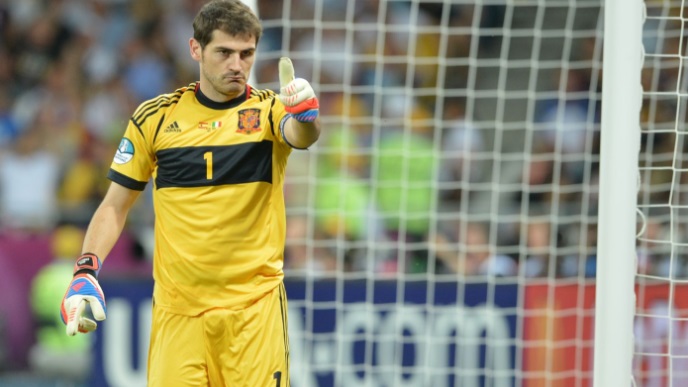 Few can claim to have amassed the love as Casillas did from the masses. The teenager who toured for Euro 2000 as back up to Santiago Canizares toured France for Euro 2016 in a supporting role to David De Gea. Spain’s early exit from the tournament means Casillas’ last Euro campaign came to an end without having to spend a single minute on field. An illustrious career which saw Casillas captaining one of the most successful Spanish team ever didn’t deserve to end like this but during his fairly long career Casillas had earned a fair number of critics as well and with Casillas himself dropping hints regarding his retirement we don’t see him making till the Euro 2020. 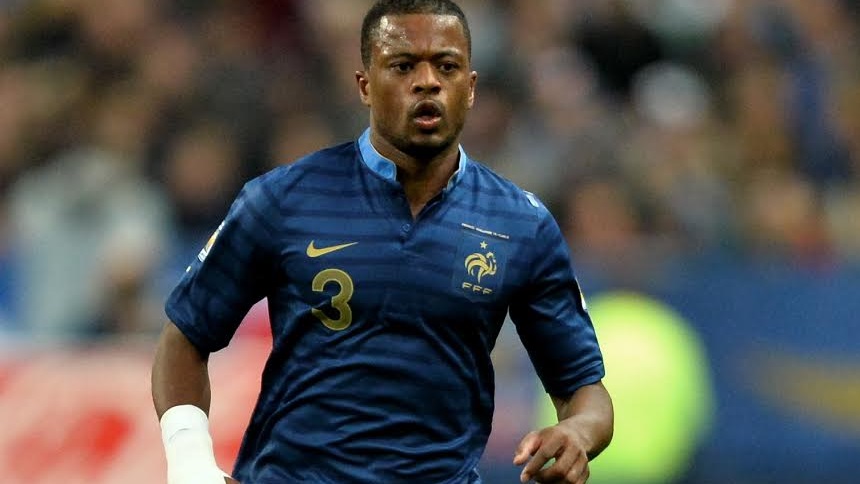 At 35, Patrice Evra is lucky, and fit, enough to be in France’s manager’s good books as he is the first choice for the left back position in Euro ’16. Evra who has captained France and Manchester United and who had earned praise from the likes of Alex Ferguson, would find it very difficult to linger on till the next Euro. He started as an attacking player in the early stages of his career but later transcended beautifully into his present role. 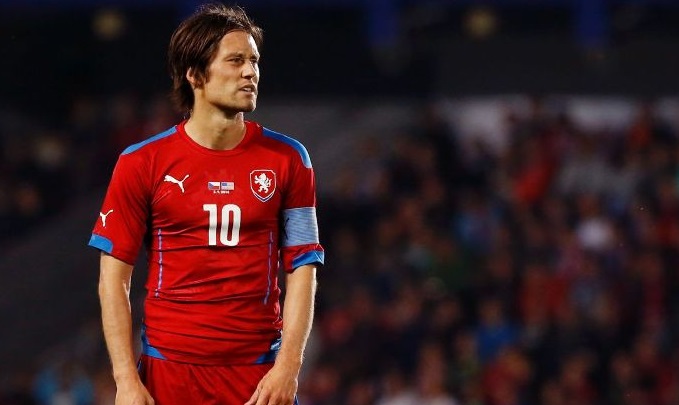 The Arsenal star remained an integral part of the Czech Republic’s national team during the major portion of the last decade. Whenever his stats will be discussed, his injuries which marred this fine player’s career will always be discussed. Even in this Euro Cup which effectively was his last tournament he showcased some solid performances especially in the match against the giant slayer, Croatia which the Czechs drew 2-2. Rosicky picked up a thigh injury during this counter and was ruled out of the rest of Czech Republic’s campaign, which was a very short lived one. 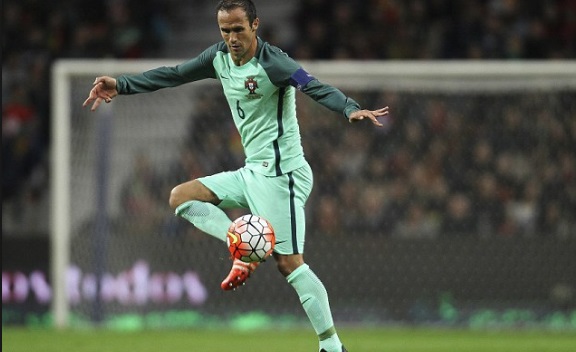 He is 38 and he is still going strong. For someone of his age we would expect him to have played more games than mere 85 but our boy here can’t be blamed for that as he had to spend three prime years of his life away from the Portuguese team on pretext of an argument with the manager, Paulo Bento. Carvalho himself described himself as not as strong as English center backs generally are but his speed and tackling skills were what made him stand out from his competitors. Portugal have already qualified for Semis and are set to meet a charged up Wales team and Carvalho will be looking to give his all in ensuring that Portugal qualifies for the final fo what would be his last European Championship campaign. 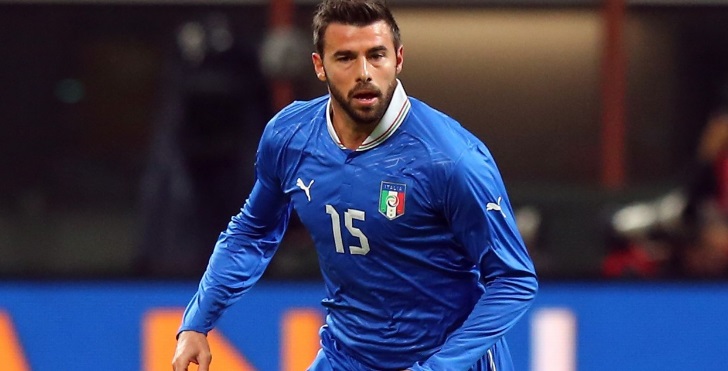 He is an important stone of the wall that stands guarding Italy’s goal in this Euro Cup. He along with Giorgio Chiellini and Leonardo Bonucci are the three men who are ensuring that their goal keeper Buffon doesn’t have to sweat too much during the tournament. Barzagli is often regarded as one of the finest center backs in Europe. He has announced his retirement after Euro ’16. 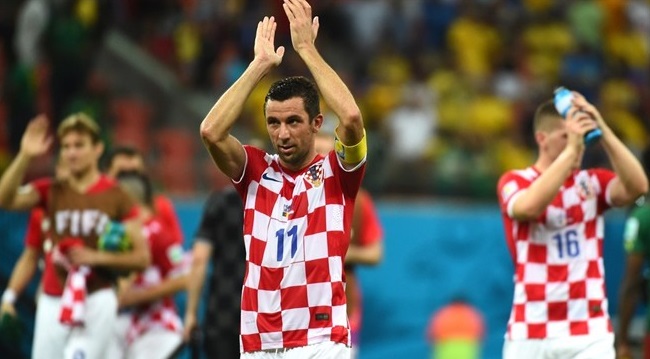 Almost every piece penned about his career mentions the goal in a 2-1 victory over Germany during the Euro 2008 as his finest moment. But he is too big a player to have one fine moment. In a career which lasted for almost 12 years, Srna made memorable efforts for Croatia. He captained Croatia in the tumultuous times when fans and the Croatian football administration were at loggerheads with each other. Croatia under his leadership were tipped to reach final after slaying Spain on their way to Last-16 where they met an unfortunate defeat at Portugal’s hands. Srna had announced that Euro ’16 would be his last tournament for Croatia.