There are currently several dozens of top level sports with thousands of athletes playing at the peak of their powers. Some require greater physical strength and some need more technical abilities of the athlete but all the top athletes in every sport are usually the fittest ones of the bunch. Today we take a look at 10 fittest athlete across different sports. We name one fittest sportsmen in every top level sport and the list below take into account several factors such speed, strength, power and endurance required in a certain sport. So lets begin our countdown to the top 10 fittest athlete in the world today. 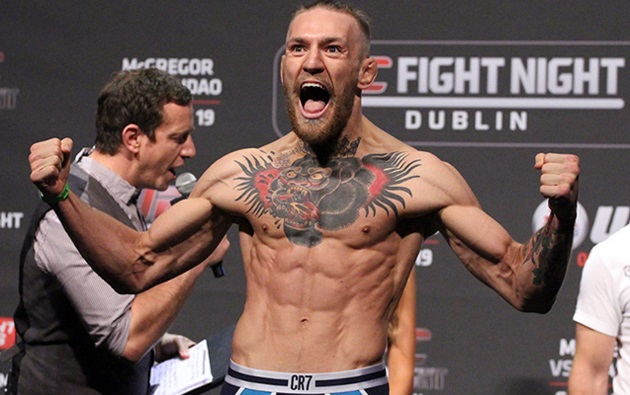 Mixed Martial Arts is a sport which require alot more from an athlete than other top sports like Football, Tennis or even boxing. Unlike the other sports MMA fighters has to be as fit as possible both in terms of physical and mental condition to compete at top level. Conor McGregor has been making headlines for last year and half and he is one of the most talked about sportsmen in 2016.

McGregor goes through a rigid training regime before his fights and his training revolves around getting complete control of his body to allow best possible movement on the fight night. From daily yoga to intense workouts combine with extremely carefully selected nutrition intake makes him one of the most fittest athlete not only in MMA but also sports in general. Arnold Schwarzenegger describe Ronaldo’s body as fantastic and great abs. Arnold puts Ronaldo’s great performances on the pitch down to being in greater physical condition. Ronaldo is widely regarded as the greatest football in the world right now alongside Lionel Messi. Messi might be more talented and he can get away without much of hard work but Ronaldo on the other hand rely heavily on hard work and practice.

Over the years his colleagues at Manchester United and Real Madrid described him as fitness freak and absolute best trainer. Ryan Giggs said Ronaldo use to be the first on training pitch and the last out and if he is not training he is working on his physical powers.

Ronaldo goes through 3 hours of workouts everyday including cardio and weight lifting. key to his success is his lean body which he worked out after years of dedicated training. Loads of sleep and plenty of water combine with fruits/vegetables and alot of protein diet helps him keep fit during season. 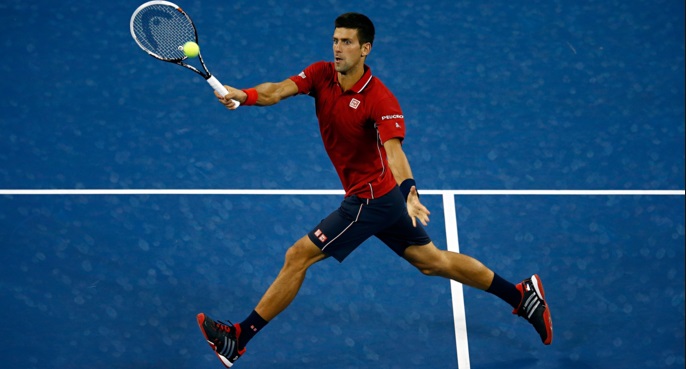 Men’s Tennis is one of the most difficult game in terms of physical requirements. In the last couple of decades Roger Federer has dominated the mens game but Federer was never the fittest but he relied heavily on his natural talent and casual approach to the game. Rafael Nadal on the other hand was an absolute beast when it comes to fittness, his style of play required much more from the body and while at the peak of his career he was widely considered as the fittest athlete in the world.

Now we have Novak Djokovic who is kind a mix of both Federer and Nadal. Dojokovic has been world no.1 in tennis for best part of last 3 years and he is fast approaching Federer’s all time grand slam title record. In 2015 Djokovic won three of the four grand slams and other countless ATP titles and just recent he was awarded “Laureus Awards”.  But to stay at this level Djokovic goes through intense training and workout regimes both on season and off season.

His workout routine consist of fast paced exercises, jogging, intense stretches and some hard band work and all that under the supervision of personal trainer and therapists. He diet is carefully controlled and no matter what time of the year is he has to be at peak of his powers. 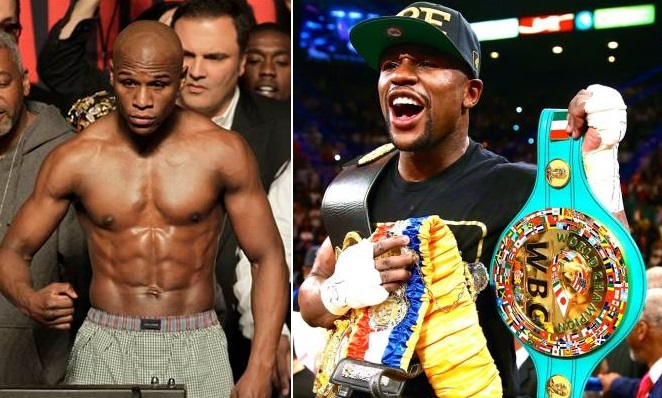 He usually likes to call himself the best ever (TBE) and unlike some other boxers past and present he can backup his claim by having a perfect undefeated record in 49 professional boxing fights. He has won world titles in 5 different weight divisions. Most sports expert regard boxing as the most physically demanding sport and to be in a 12 round top level boxing fight, athlete has to be at the best possible physical condition. They need have extreme levels of endurance to survive the punishment in the ring and than dish-out some in 36 minutes of intense physical battle.

Floyd Mayweather usually come out of the fight pretty much without any sort of punishment and that down to his cat like reflexes and ability to avoid punches. He usually start training about 3 months before the fight and it starts of with casual workouts and sparring sessions before slowly getting into intense workouts and more sparring rounds. All that has to be done keeping his weight in the limit. His personal chef describe his diet has organic fruits/vegetables with loads of protein in-take. 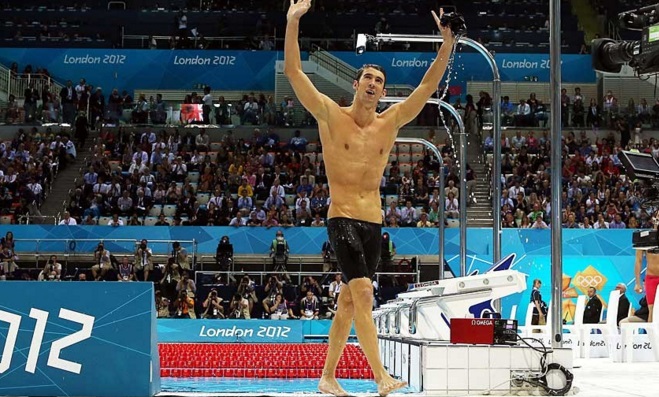 The greatest olympian in history of sport having won record 18 gold medals in swimming spanning three olympics he participated. In terms of physical strength he might be the fittest athlete of all times if we talk about him on his peak. Swimming is a very physically demanding sport and require greater upper body strength and lower body movement to produce constant motion in water. Michael Phelps workout revolves around increasing his Endurance and faster reflexes. Main training programme include 50 miles of swimming every week which helps get the edurance level required. 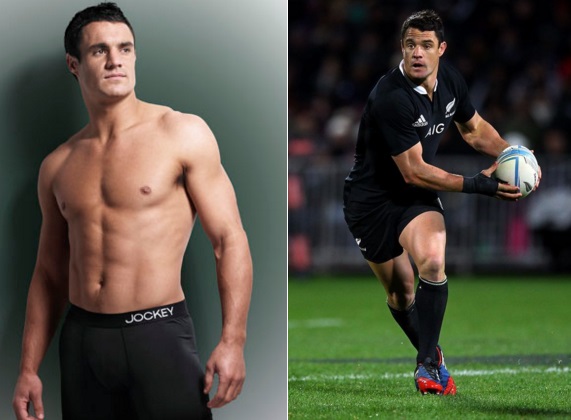 New Zealand rugby team won the second back to back World Cup title in November 2015 and Dan Carter was named player of the tournament. He is widely considered as the best rugby player right now and in such physically demanding game he has been on top of his physical powers. Many rugby experts rates him as the fittest rugby player on international level at the moment.

For most part he induldge in rugby specific training but in the off-season he his workout routine stands out with 30 minutes of intense weight lifting and 2 hours of on the field high intensity workouts including pushups and sprints. His favourite part is “paddle boarding” which is pretty solid workout for core and overall fitness. 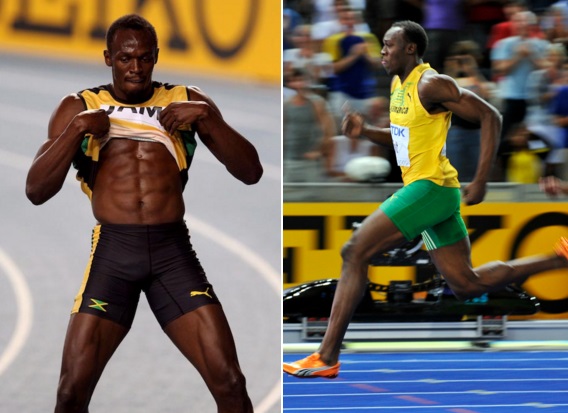 Usain Bolt is one of the most celebrated athlete in recent times and having won 6 gold medals in two Olympic games Bolt has become house hold name and pretty much represent track and field sports around the world. His performances in the world championships and Olympic games solely depend on his physically fit he goes into the race. His workout is absolute immense which consist of 1 hour and 30 minutes exercises working on his core and back. Unlike other sportsmen he do not have to build muscle his main focus is building speed and explosive accelerations by doing countless leg workouts.

Big part of his training regime is his died and Nutrition intake. He usually take saltfish in the morning followed by Chicken in lunch and beef or pork in the evening. Thats sandwiched between 3 30 minute workout sessions. 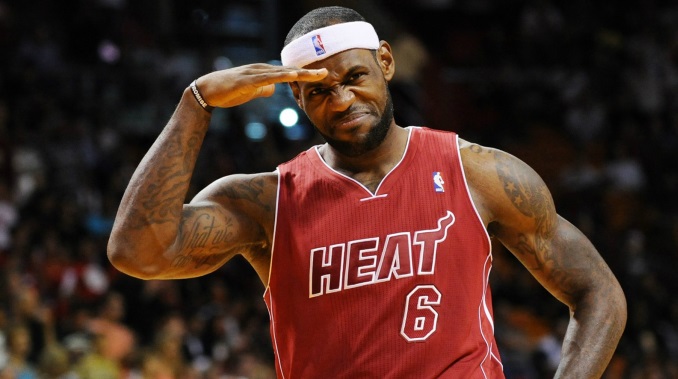 Two time NBA champion and 11-time NBA All Star, LeBrone James is one of the most talented basketball player of recent times. There are so many titles on his CV from 2 Olympic gold medals to 2 NBA titles and 4 time NBA’s most valuable player of the season and that was all down to him being one of the fittest basketball player of his generations. Top level Basketball is one of the most physically demanding sport in the world and Lebron James check mark everything require to be successful in the sport. 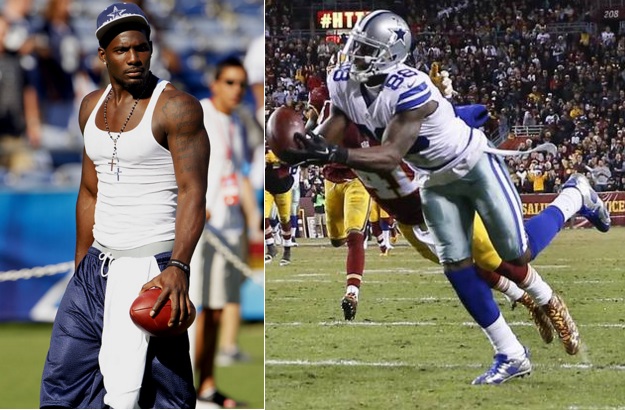 American football is a extremely physical sport and Dez Bryant is one of the most hard working player in the scene. He often posts stuff about workout on his social media channels. Recently “Sports Illustrated” compiled a list of 50 fittest sportsmen across 17 different sport and they ranked him 5th most fittest athlete.