Since Chelsea current shirt sponsor samsung failed to reach agreement for an extension, Chelsea were in the market looking for shirt sponsorship deal since the start of this year. After several rumours of Chelsea signing a kit sponsorship deal with Turkish Airways it turns out that deal never materialized and today Chelsea announced a massive £200 million 5 year deal with Japanese company Yokohama.

The deal will come into play at the start of 2015-16 season and it will be the second biggest (£40m a year) shirt sponsorship deal behind Manchester United’s Chevrolet deal which is around Yokohama £53 million a year. Chelsea chairman Bruce Buck announced the deal today “Chelsea football club are delighted to announced the new kit sponsorship deal from 2015-2019 and club hopes to build a successful relationship with Yokohama rubber.

The deal comes in a surprise sneaky way and it will further boost Chelsea profile not only in English football but in europe as well. This Yokohama deal is second biggest in the world only Manchester United-Chevrolet deal which started this season is worth more in yearly income than the new Chelsea deal. 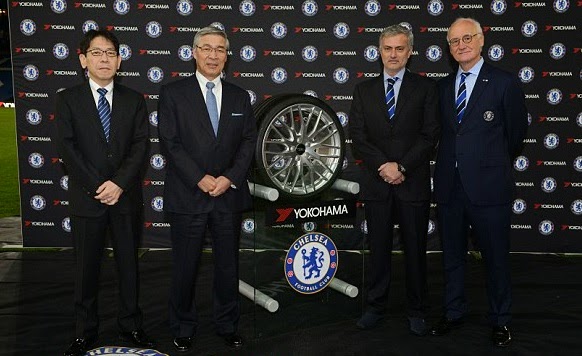 Yokohama will feature on all Chelsea team kits from youth levels to the first team and Yokohama Rubber Company’s CEO was quite pleased to secure the deal with current premier league leaders.

The figures are not officialy disclosed buts trusted sources in UK mediaare quoting a £40 million per season contract for the next 5 years.