The average salary in premier league its around £40,000- £45,000 a week which is insane amount of money by any standard and some top rated players like Ronaldo and Lionel Messi are making as much as £50 million a year with their club contracts and endorsement deals. But what about the salaries of players playing for their national teams ? the answer to this question is “Yes” they do get paid but way less than what they make with their respective clubs. Apart from that usual low salaries with national teams, federations also offer bonuses and incentives for major international events such as World Cups and Euros etc. We take a look at some of the major national teams and how they reward players for reaching certain goals in major tournaments.

Do Footballers Get Paid To Play For National Teams ?

National team competitions are run and overlooked by FIFA and every country’s football federation (FA) is responsible for structuring the national team setup. FIFA pays/distribute money among all federations through either prize money or development payments. But how much federation pay to their national players is not dictated by FIFA. The decision to pay salary (and how much) to players playing in national team is totally upto the individual federations. So different football federations around the world pay different salaries/match fees to their players. Most of the big footballing nations (England, Germany, Italy, France etc pay a small match fee to players plus bonuses which are explained below).

While for competition likes World Cup and Euro Championship basic match fees goes up plus a certain bonus for every player in case England wins the competition. For example during 2014 FIFA World Cup English FA paid £2,500 for every match a player started the game while rest of the squad pocketed £1,500 for every game regardless of playing in the game or not. Plus there was a hefty bonus (£650,000) for each squad member if England were to win the world cup. 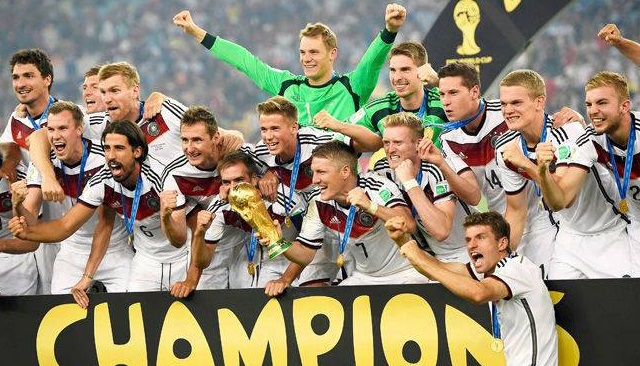 German FA also has the similar incentive based structure and every player of Germany national team gets paid a match fee which is not disclosed. While German FA paid €350,000 euros for winning the 2018 FIFA World Cup. Other major international teams have similar bonus structures and we take a look at how much federations are offering in performance based incentives and bonuses.

there are more than 190 football federations and its difficult to get the info what every federation pay to their national team players. As far as the big nations are concerned the match fee is pretty low compared to players own contracts with their respective clubs. But looking at statistics, the bigger football nations offer little bonuses for winning the world cup compared to national teams like Australia, USA, Iran, Turkey or some of the South American teams.