Tour De France authorities has announced around 8% increase in total prize money pot for 2016 event. A total of €2.29 million will be awarded where the winner will take home as much as €500,000 while runners-up takes home €250,000 followed by €125,000 for third place in overall standings. There are other cash prizes as well and we breakdown the entire prize money distribution.

Total Prize Money Pool: €2,295,850
The available €2.29 million prize money pool is awarded to cyclists in different categories. There is prizes for every stage and the overall standings at the end of tour de france. Following are some of the numbers which will explain how the cyclists are compensated. 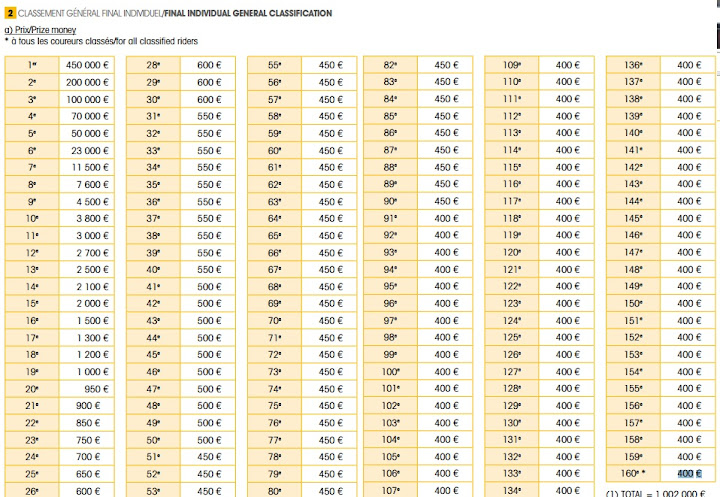 INDIVIDUAL STAGE CLASSIFICATION
The winner of each race is awarded €8000 the runners up €4000 and €2000 for third place and it slides down all the way to €200 for the 20th place finisher of each stage. 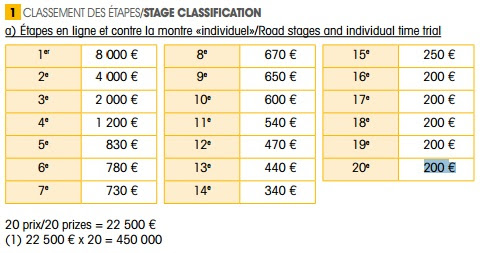 After that we have whole set of categories where the prize money is awarded to cyclists including stuff like overall green jersey winner, overall best climbers, best young rider and most combative rider in both individual stages and overall.

Green/Polka Jersey Prize Money:
€300 is awarded to the winner of green jersey at the end of every race day from 2nd stage to 21st stage.
While the overall green jersey winner pockets €25,000 scaling down to €2000 for 8th place in green jersey points. 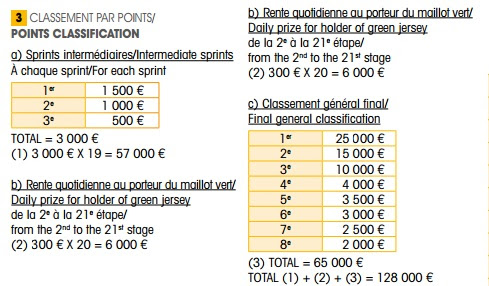 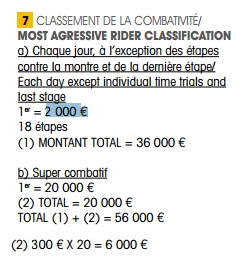 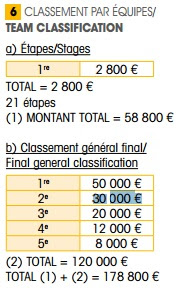