MotoGP 2017 season move into its full grove as we head to Barcelona for the Catalunya MotoGP Grand Prix 2017 in Spain. It takes place this weekend starting with Friday, 09 June 2017 to Sunday, 11 June 2017 . Its a very important race as far as the title race is concerned with Maverick Vinales leading the pack with 105 points while Andrea Dovizioso fresh from victory in last round will be hunting to close down the gap. Defending champion Marc Marquez has a chance to get back in the reckoning with a win in his home grand prix while Valentino Rossi is there and there about.

Lorenzo and Marquez produced one of the best final laps in recent history of MotoGP during the Italian Grand Prix, Marquez finished just 0.019 seconds behind Lorenzo after classic battle on the last lap. As the things stand after 6 grand prixs in the 2016 season defending champions Lorenzo leads the riders championship with 115 points, 10 ahead of Marc Marquez and 37 ahead of Valentino Rossi who failed to finish the race in Italy.

So its all setup for another bumper MotoGP weekend and Rossi needs to start outscoring the top 2 if he were to mount a serious challenge. From the looks of things MotoGP title race is pretty much between Marquez and Lorenzo and we might quite a few exhilarating battles between the two from now to end of the season. 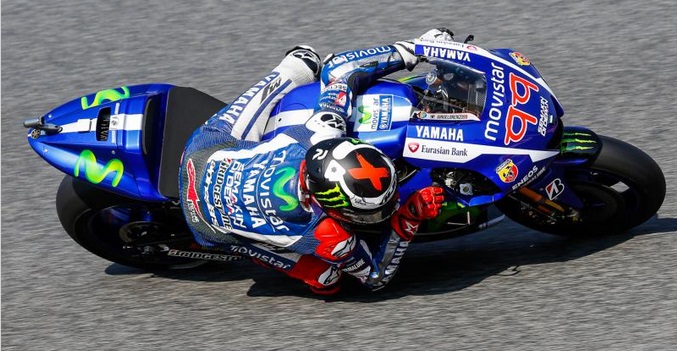 Another spanish rider, Dani Pedrosa, who has been in the shadows of Lorenzo and Marquez often come good in his home grand prixs and he will be desperate to win his first GP of the season in Barcelona this weekend. He has consistently finished outside the top 3 and currently sit fourth in championship table by 66 points. Couple of back to back wins and he will be right in the mix.

Not many gave Valentino Rossi a chance heading into the home grand prix of both Lorenzo and Marquez but after starting 5th on the grid he managed to pull off one of the best wins of his career. 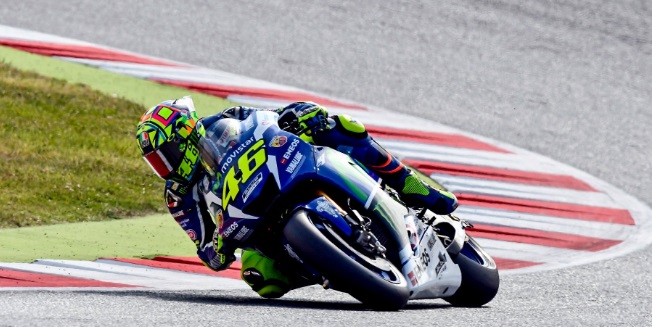 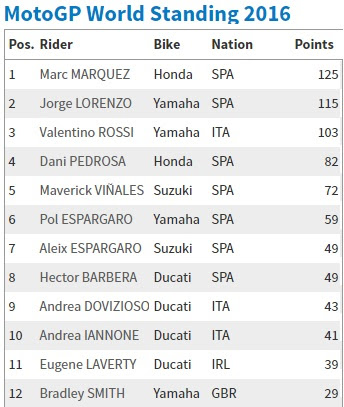 With this win Valentino find himself right back in the championship race with 103 points only 22 behind leader Lorenzo who has 125. Marc Marquez was left disappointed after failing to win the race second grand prix in a row.

With 7 races down the season, the drivers championship is taking shape and even Dani Pedrosa who has consistantly finished behind the top 3 is on 82 points and couple of good performances in consecutive races can get him in the championship.

After absolute epic Italian Grand Prix MotoGP season moves to second Spanish grand prix of the season and it will be taking place this weekend 03-05 June 2016 at the Circuit de Barcelona-Catalunya. Both Jorge Lorenzo and Marc Marquez will fancy their chances in their home grand prix and we will be posing live links as well as the full race replay video after the race is over. 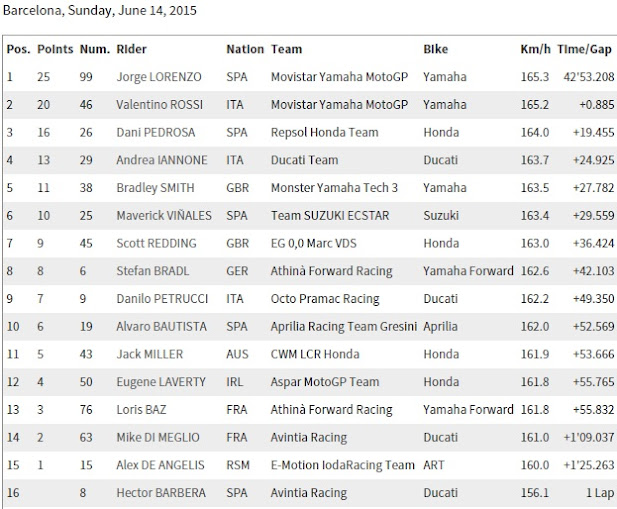 This is how the drivers championship table looks after 7 rounds of the motogp where Lorenzo has came back strong after first three races and now have won 4 grand prix’s already sitting just 1 point behind Rossi in championship table. 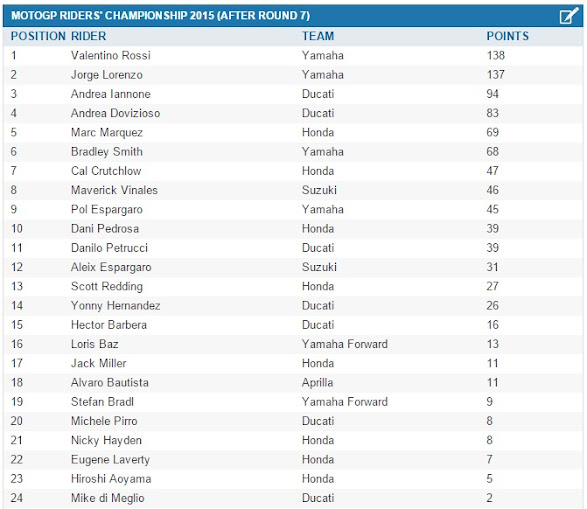 Next race will be in netherland with TT Assen circuit hosting dutch motogp in couple of weeks time on 25 June 2015.

Aleix ESPARGARO managed to earn first pole position for his team “Suzuki” since 2007 and his team mate Maverick VIÑALES also finished second making it one-two for Suzuki going into Sunday’s important motoGP grand prix. The qualifying in motogp category brought in quite a few surprises with Suzuki taking first two positions while Jorge Lorenzo finished third in the qualifying round.

Catalunya MotoGP 2015 – Qualifying Results:
Marc Marquez will start 4th on the grid and current drivers championship leader Valentino Rossi to start 7th behind the likes of Andrea DOVIZIOSO and Dani PEDROSA who are 5th and 6th respectively. 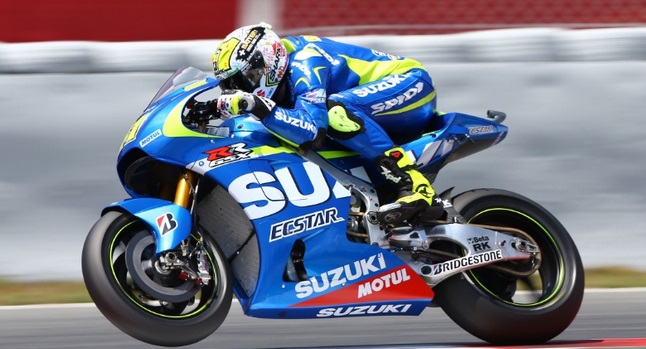 This is a very important race in terms of drivers championship with Valentino Rossi leading in the first place by just 6 points ahead of resurgent Jorge Lorenzo who has 112 points. 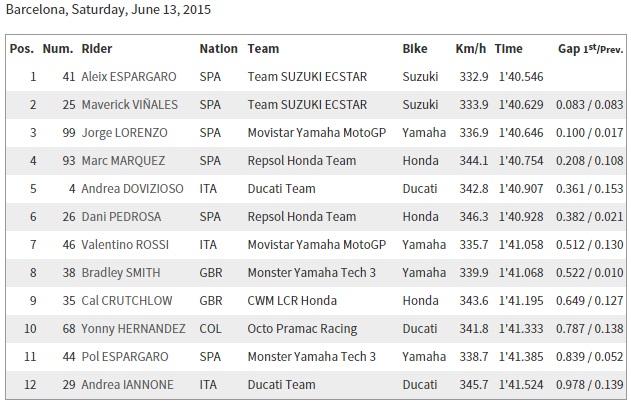 Defending champion Marc Marquez needs to turn things around quick if he were to have any chance of defending the title he is currently sitting with 69 points behind ducati duo Andrea Dovizioso and Andrea Iannone who have 83 and 81 points so far.

Like always we will be updating this post after the barcelona grand prix and you will find the entire race video right here with btsports coverage. Plus short highlights after the race. All you need to do is bookmark this page and visit couple of hours after the race is over.