MotoGP 2018 season gets underway this weekend with the opening Grand Prix of the season in Losail, Qatar. This week’s coverage starts from Friday, 16 March with the first practice session of MotoGP and 1st and 2nd practice sessions of Moto3 and Moto2. Saturday will see the third third practice sessions followed by qualifying rounds in the afternoon. The grand prix race itself take place on Sunday, 18th March 2018 starting at around 16:00 uk time. BT Sports will cover every race of the season in the UK on their BT Sports 2 channel.

Below is  the Qatar GP schedule for this weekend which will be a night race with Thursday practice sessions getting underway at 2:45 p.m local / 11:45 a.m uk time.

Qatar MotoGP preview: 21 full time riders only one rookie makes the grid in the opening race making it one of the most experience lineup with 16 grand prix winners with around 95 grand prix wins between them. 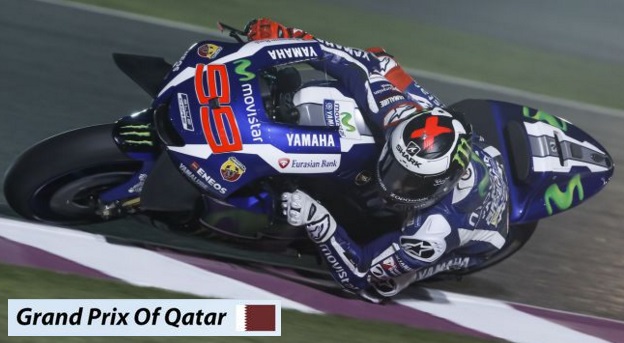 As far as the 2017 MotoGP calendar is concerned, it keeps 18 races but USA lose one round and Austrian MotoGP also retain its place in the 2017 calendar year and the race will take place at the Red Bull Ring in Spielberg. Three premium class world championship titles under his belt, Marc Marquez will be the one to watch out for this season having won his third championship title in 2016 while Valentino Rossi and Jorge Lorenzo are most likely to fight it in some capacity for the title..

Notable Rule Changes: There are a few changes comes into play in 2017, the biggest of which is all teams will be using the “unified software” and another change is in tyres with Michelin replacing Bridgestone who supplied tyres for last 7 seasons. After the drama of 2015 season where Valentino Rossi had to start at the back of the grid in the last race which eventually ended his title dreams, MotoGP brings in new rules for “penalty points”. Now a driver who accumulated 10 or more penalty points will start at the back of the grid unlike in previous seasons where four to seven penalty points disqualified the rider and had him start at the back. 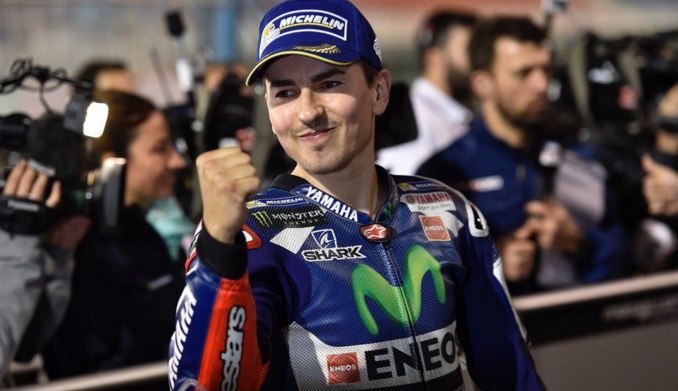 Last year it was Jorge Lorenzo who won the Qatar MotoGP 2016 but he failed to build on that and fall way behind Rossi and Marquez in the title race by the end of the season.

Lorenzo was in control from the start and without much a fuzz he completed 22 laps finishing first ahead of very close second place finish where Dovizioso, Marquez and Valentino Rossi put up some decent fight.

So with one round out of the way, Lorenzo leads the championship with 25 points. Him winning the opening grand prix is scary sights for title rivals considering he made a poor start last season but went from strength to strength later in the season. If he get away with early lead in next few grand prix it will be hard to get the better of him in later stages.