Spanish Grand Prix takes place this weekend on 05-07 May 2017 at the Jerez international circuit and BT Sports will have live coverage across the UK while beIN Sports to broadcast in the US. However if you don’t have live access to the coverage you can always tune in here for full race replay video available after immediately after the race is over.

MotoGP 2016 season started with defending champions Jorge Lorenzo racing to Qatar grand prix win while Marc Marquez was at his usual best in the American leg of the season where he scored victories in both Argentina and Austin Texes. Now we head to Jerez which will host the fourth grand prix of the year and Jorge Lorenzo will be eager to replicate his last year’s success on this track when he finished first ahead of Marc Marquez.

Heading into this weekend’s grand prix, Jorge Lorenzo has been in the spot-light who confirmed he will be riding for Ducati next season in 2017 and we can only assume all the questions targeted at him during this week’s Spanish Motogp. Marquez lead the championship table but looking at last year’s results where Lorenzo won four back to back grand prixs in europe we can expect a competitive week of motogp. 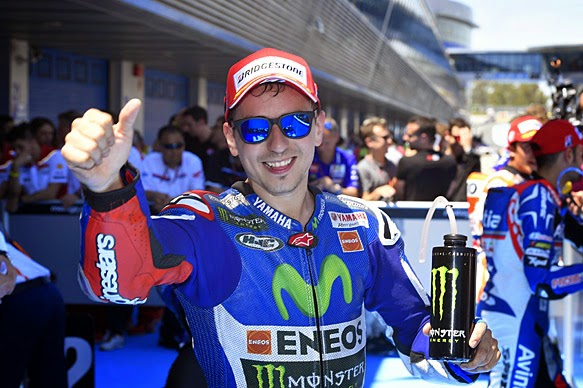 Jorge Lorenzo won first four European grand prixs in 2015 season and he will be eager to close down the points gap where Marquez lead by 21 points after first three rounds.

Spanish Jerez MotoGP 2016 Qualifying & Race Results: The Saturday Motogp qualifying will take place at around 13:00 uk time and we will be updating this page with live results followed by entire qualifying replay video. The Sundays motogp race starts at around 14:00 CET / 13:00 uk time and you will find race results and updates immediately after the chequered flag on Sunday. The race highlights and full replay will be available couple of hours after the race is over.

Absolutely amazing race in Jerez where Valentino Rossi saw off the challenge from local favourites Jorge Lorenzo, Marc Marquez and even Dani Pedrosa who finished 2nd, 3rd and 4th respectively. 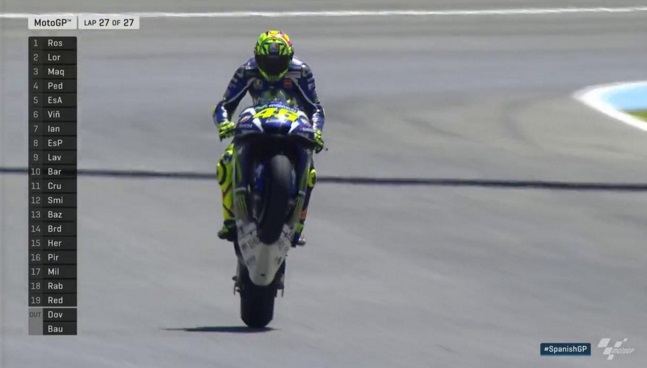 As we head to French MotoGP at Le Mans in couple of weeks the Marc Marquez lead the championship while Rossi has closed the gap at the top.