Marc Marquez won his third grand prix of the season and fourth consecutive at the Indianapolis making him unbeaten at this track since he joined MotoGP class. Jorge Lorenzo finished second while Valentino Rossi again manage to get a third place after starting at 8th position on the grid. 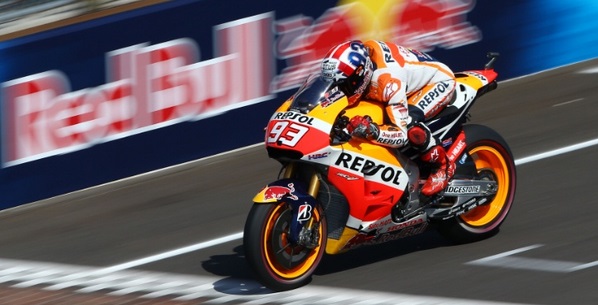 Indianapolis MotoGP Race Results: Valentino Rossi still leads the championship table with 195 points but Lorenzo has not closed the gap to just 9 points after finishing second behind Marc Marquez who has 139 points to his name. 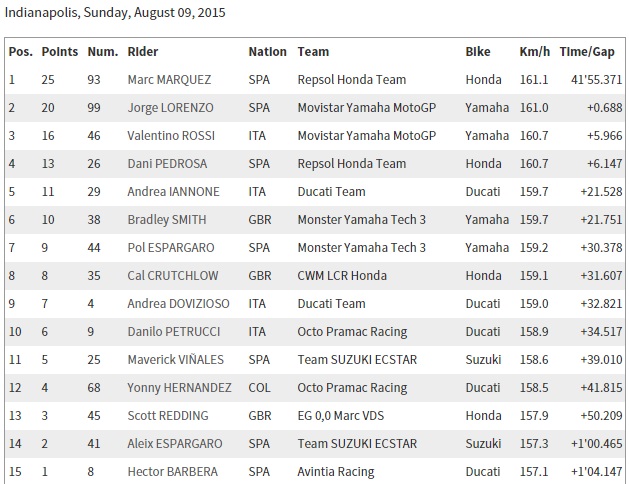 This is how the championship table looks after the 10th round of MotoGP in Indianapolis, USA. 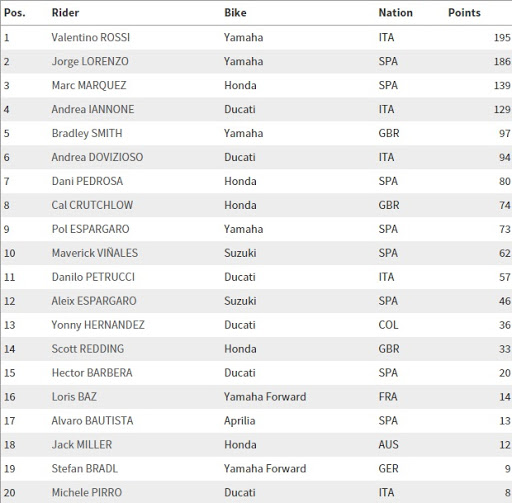 Indianapolis MotoGP Highlights: Here is the short race highlight from the start of the race as well as the end of the race. Marquez and Lorenzo battle for the first place was pretty good. as well as Rossi’s turn around as he finished third. 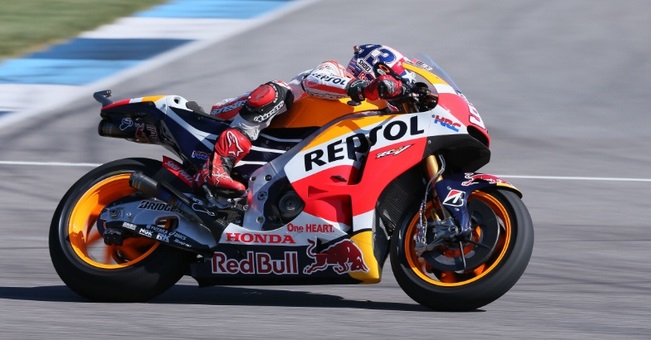 USA Indianapolis Qualifying Results: So Honda Respol will start the race with both their riders in front of the grid while Yamaha salvaged a third place with Jorge Lorenzo coming out good in the last lap of his qualifying jumping from 7th to 3rd position. 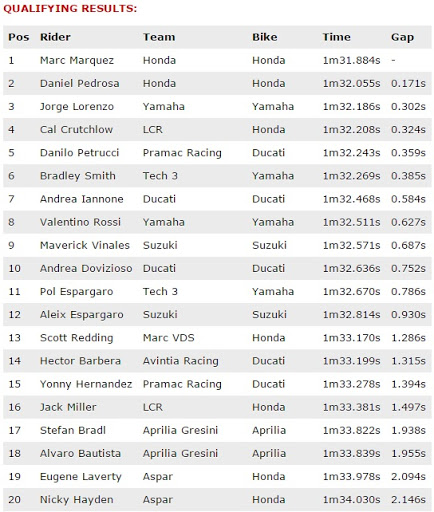 Valentino Rossi is currently leading the championship points table with 179 points winning three grand prixs this season while his teammate Jorge Lorenzo is secon with 166 points and he won four back to back races this season. Defending champion Marc Marquez seem to have turned things around after a difficult start to the season and he will be looking to win his third and second consecutive grand prix this season.