Manchester United suffered their third straight league defeat and fourth in all competitions leaving Louis Van Gaal on the bring of a sack but apparently he might “quite” the job on his own. Ryan Giggs might take charge of Manchester United by the time Chelsea visit on Monday evening and Jose Mourinho is the likely and only high profile candidate available till the end of the season.

Should United give Van Gaal time till the end of the season ?

Manchester United started the season pretty strong and lost just 2 games heading into the december and thats when all started to fell apart. Same players, same philosophy and same manager but what went wrong in december leaving United out of top 4 for the first time this season ?

Bastian Schweinsteiger missed all three defeats due to his suspension and United lacked control in midfield and failed to create chances consistently. United have missed Schweinsteiger’s presence and we can safely assume Carrick has his best days behind him while Marouane Fellaini is not a central midfield nor a striker. Manchester United lacks balance in almost everywhere on the pitch. Darmian, Rojo, Shaw and even makeshift full-back Valencia are out injured leaving Van Gaal to select either youngsters or Ashley Young as a full-back which is always going to invite trouble. 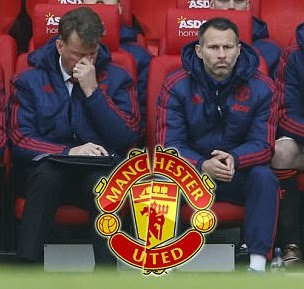 Before december United were playing as poorly as now in front of goal but they were rock solid at the back which kind of kept them in title challenge and now its all fell part. United are not the only team who are struggling Premier League has been brutal for big team this season and no game is a for-gone conclusion. Manchester United players looked to have given up on Van Gaal and his philosophy of possession football and they are not putting their bodies in the line like they were doing start of the season.

I think United has not choice but to sack Van Gaal and appoint Mourinho as soon as possible to bring in couple of new players to freshen things up in January.

But what other options do Manchester United have ?

Jose Mourinho: He is ready to take Manchester United job and he will be coming back with a vengeance. If United were to appoint him new manager they will surely wait after the Chelsea game because appointing him on Monday ahead of Chelsea game will break all sorts of headlines and unwanted attention to players and club.

Mourinho bring guaranteed trohpies but also brings controversies and a club like United will be mindful of his antiques.

But for now he looks like the best bet to succeed Van Gaal and even if he stays at the club for 2-3 seasons only it will give enough time for United to rebuilt the team and hope either Gary Neville or Ryan Giggs are able to take charge.

Pep Guardiola: Only Available in the summer after the current season. He is “box office” comes with proven record for not only trophies but good football and stability. But United will face massive challenge from the likes of Manchester City or even Chelsea for his signature. But If United move fast and make contact with him now and let Van Gaal keep his job till the end of the season it won’t be a bad idea.

Ryan Giggs: As the things stand Manchester United can not afford to appoint Giggs as full time manager. He dont have the experience or chrisma to guid Manchester United back to glory days. He need to test himself elsewhere before taking charge of United.

Manuel Pellegrini: Same scenario as Pep Guardiola. If former Barcelona man were to join City in the summer Pelligrini will be available and he knows his football in england having won the premier league title. But he is more than that a very calm and collected individual who has respect from the players and the board. Pretty much like Arsene Wenger. Ryan Giggs can continue as second fiddle to Pelligrini for a few years before finally taking charge of United.

So looking at all these options I can only see one outcome here. Jose Mourinho will be new Manchester United manager in 2016. What you think of the current situation Manchester United are in at the moment ? should they get rid of Van Gaal or give him more time ? let me know your thoughts in the comments below.