Real Madrid take on Legia Warsaw on Tuesday, 18th October 2016 at the Santiago Bernabeu stadium. The game will kickoff at around 20:45 CET and BT Sports will have live coverage. Real Madrid will host Athletic Bilbao on Sunday, 23 October followed by a visit to Cultural Leonesa for Copa Del Rey game on Wednesday, 26th October. Madrid will continue their La Liga campaign with another away fixture against Alavés on 29th october before visiting Warsaw for their fourth Champions League match on 02 November 2016.

Upcoming Real Madrid Matches Schedule: Madrid will play three friendly games under the banner of international champions cup starting with PSG match on 27th July in Columbus, Ohio followed by Chelsea (30th July) and they will wrap up their tour with a match against Bayern Munich (03 August). La Liga campaign starts on 20-21 Augusut 2016 and Real Madrid will play UEFA Super Cup game against Sevilla on 13 August 2016. 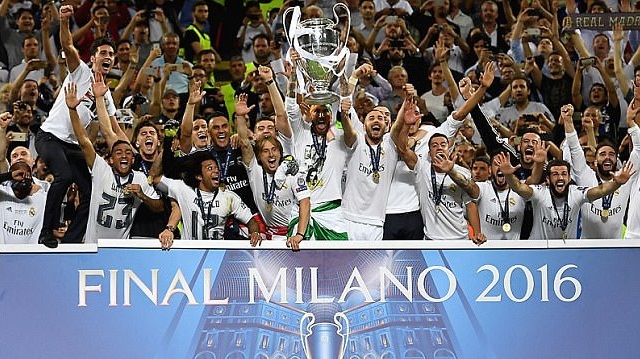 Real Madrid won their 11th European title after beating Atletico Madrid in the final of 2016 Champions League and that is instant success for Real Madrid under new manager Zidane who took charge just 5 months ago in January 2016. Atletico were left heart broken having lost the final on penalties. Real Madrid now are in league of their own as far as European titles are concerned, they have total 11 titles which include 6 in european cup era and 5 in modern era when champions league was branded with group stages. Real Madrid will be start their next season campaign with the USA pre-season tour and we will have all R.Madrid games next season live right here on this page.

So thats the pre-season sorted for Real Madrid and their first competitive game will be against Sevilla on Tuesday, 09 August as part of UEFA Super Cup where champions league winners play Europa League winners. Los Blancos will also be part of FIFA Club world cup later in the year (December 2016) while their La Liga campaign starts on the weekend of 20-21 August 2016 and they will start the defense of their european crown from 13-14 september with group stages of champions league getting underway.

Once the pre-season matches are over this page will be dedicated for all Real Madrid matches in the coming 2015-16 la liga and champions league season.  The spanish la liga fixtures will be released on 23rd July 2015 and once the fixture list is out all of Real Madrid’s 2015-16 La Liga match schedule will be updated here with time and what channel will be broadcasting the game live.

Real Madrid has had a blistering start to 2016 after they sacked Rafael Benitez and appointed Zidane as new manager under whome Real Madrid has played two games so far scoring 10 goals and conceding just 1. Ronaldo continue his impressive goal scoring run with yet another brace against Sporting Gijon.

The Copa Del Rey round of 32 second leg game against Cadiz has been canceled as Real Madrid were disqualified after fielding a suspended player in the first leg. So no more Copa Del Rey for Real Madrid this season. Their next outing will be at home against Rayo Vallecano next week in the unusual early kickoff on Sunday.

Real Madrid suffered humiliating defeat in the hands of FC Barcelona over the weekend when Suarez, Neymar and Iniesta produced magic performance in 4-0 win at the Bernabeu. Alarm bells are already ringing for Rafael Benitez in spanish media after the defeat and he will have to turn things around with Real Madrid as soon as possible. 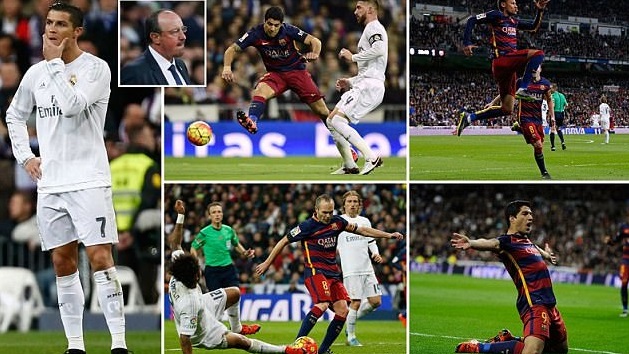 Real Madrid next league game will be against Eibar away from home and its a must win game for them as they find themselves 6 points behind Barcelona already this season. Eibar vs Real Madrid will take place on sunday, 29th November 2015 kicking off at around 16:00 local time.