New Zealand win 2015 Rugby World Cup Final beating Australia 34-17 and became the first team to win back to abck world cups and their first world cup win at a Foreign soil. All Blacks were in control most of the game but Australia came back in second half with two tries in space of 10 minutes but Dan Carter scored an drop goal and a penalty late in second half to win the world cup for Australia.

Both teams started evenly with score at 3-3 in the opening 20 minutes but New Zealand started to get the grip on the final when Dan Carter converted first penalty of the game and another followed minutes later to take New Zealand to 9-3 lead just before the break but a late in the first half a try from Milner-Skudder put New Zealand in the commanding 16-3 lead at the break.

New Zealand were not settled there as they converted one more try just after the break to make it 21-3 and made Austrlian comeback task almost impossible. But a yellow card for BEN SMITH of All Blacks proved to be vital later in the game. 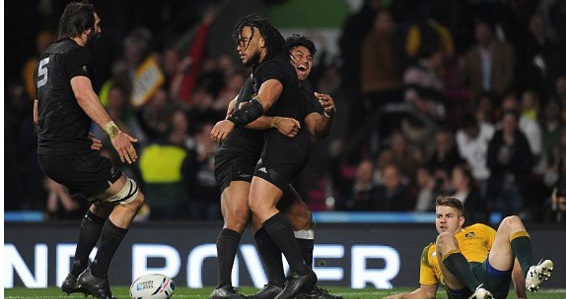 David Pocock try for Australia in 52nd minute restore bit of hope for Wallabies as the game went into the later stages at 21-10 New Zealand. 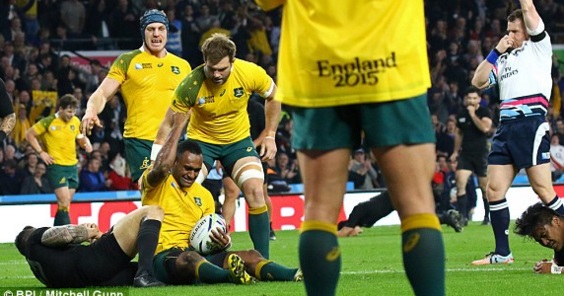 Wallabies stunned All Blacks with another try to make it 21-17 when Kuridrani raced through to score second try of the match for Australia. But Dan Carter scored a drop goal in 70th minute to put All Blacks 7 points ahead with just 10 minutes of play left in the final. Carter converted another penalty to put New Zealand 10 points ahead with just 5 minutes left on the clock and pretty much rapped up the world cup win which eluded him throughout his career.

All Blacks vs Wallabies Final Preview: Twickenham Stadium will surely be full packed this saturday afternoon for what will be the biggest game of rugby in ages when two old foes meet at the biggest stage of them all in this sport. Wallabies has been superb throughout the competition and in David Pocock they have the best player in the world as his ability to halt opposition momentum and turn it into aussie attacks has been key for Australian success so far. Bernard Foley is another name who has been vital with his scoring ability notching up 75 points in world cup so far. 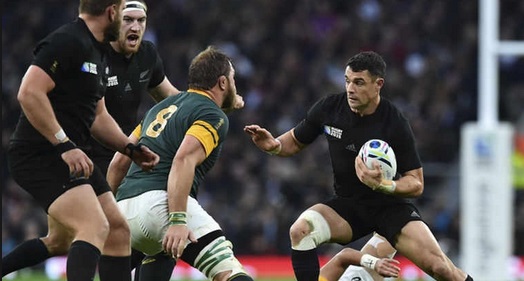 This All Blacks on the other hand are widely regarded as the greatest rugby team in history and they will be slight favourites to win the world cup which will make them the first team ever to win back to back rugby world cup and also the most successful. Looking at the last two world cup finals which were extremely close encounters with no tries we can expect the same on saturday. We might see a proper head to head between New Zealand’s Dan Carter and Australia Bernard Foley ability to convert penalties. Here is the match schedule of 2015 Rugby World Cup final.

New Zealand has been so dominant in rugby over the best part of last 5 years that since their world cup 2011 win they have only lost 3 games one a piece against England, South Africa and Australia. But if there is any team in the world who can go toe to toe with All Blacks both in terms of physicality and all round game.

Team News & Lineups: Both teams will announce their final lineups on thursday morning at around 09:00 am uk time and we will have the confirmed team sheets right here on this page. 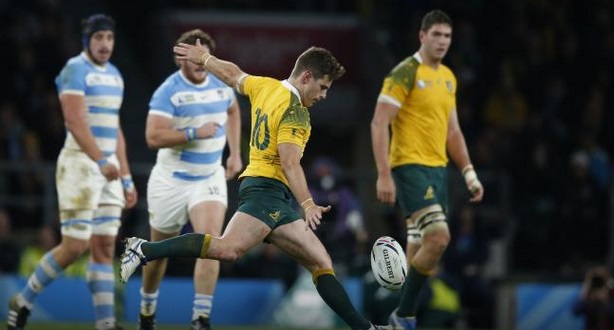 Both teams will go into the competition full of confidence and there is hard to choose somthing between these which the other dont possess. New Zealand played a pressure game against Springboks winning 20-18 while Australia had a relatively easy passage with 29-15 win over Argentina. So I just feel like Aussies will be more fresh and probably can get the better New Zealand (also taking into account no team has ever won back to back world cups)